Women in Advertising: The Campaigners

One of the most notable women in advertising history, Charlotte Beers began her career at JWT, where she became the first woman senior VP in 1973 before moving on to run Euro RSCG Tatham in Chicago and overseeing a turnaround at Ogilvy & Mather, where she was chairman-CEO from 1992 until 1996. She was also a renowned account person who put on a show for Sears executives by disassembling a power drill.

In October 2001, she became undersecretary for public diplomacy and public affairs for the George W. Bush administration, where she helped shape wartime PR -- particularly to position the U.S. in a favorable light to Muslim nations -- in the aftermath of the Sept. 11 attacks. These days Ms. Beers runs a seminar called "The X Factor" geared toward female business leaders. 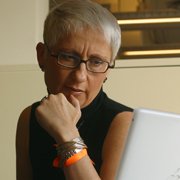 This energetic Frenchwoman is a dedicated feminist and women's rights campaigner, while remaining both a defender and advocate of the advertising industry. Born in Catalonia, Ms. Erra, 57, moved to France at age 6. She did not want to be a housewife like her own mother, and worked her way up from a poor background to study in Paris at the Sorbonne and at the Ecole des Hautes Etudes Commercialies, one of Europe's foremost business schools, of which she is now an honorary president.

She is a founder member of the Women's Forum for the Economy and Society, a committee member of the Human Rights Watch, a permanent member of the French Commission on the Image of Women in the Media, and a campaigner for jobs for women over 45. 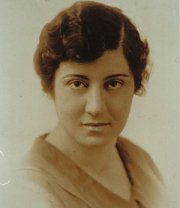 "She decided that bath tubs and breakfast foods and other modern things were good; not alone because she was asked vigorously to decide, but equally [as] much because they fitted in with the trend and logic of her thinking about family hygiene and diet," wrote Christine Frederick in her 1929 book "Selling Mr. . Consumer."

Ms. Frederick was a home economist and consulting editor for Ladies' Home Journal at the turn of the 20th century. She also founded Advertising Women of New York in 1912 after being denied access to an event held by the all-male Advertising League.

Ms. Frederick is best known, however, for the book quoted above, which helped to redefine women's role in the economy. In it she argued that women play a key role in the consumer economy and that advertising should be used to inform them of things that would improve their lives. 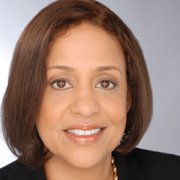 Heide Gardner was not only the first chief diversity officer to be hired as the holding-company level, she was the first African-American to serve as an officer of Interpublic. And that 's one of the problems she's been hired to address in an industry that 's long struggled with diversity.

One key initiative she implemented at Interpublic has been to link "formal inclusion scorecards" to executive pay. "Diversity and inclusion are about creating value," she said. Her role must "focus on aligning internal culture and operations as well as on measuring results," Ms. Gardner said. 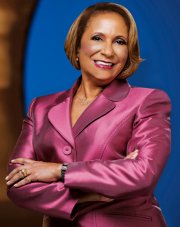 Chairperson and Founder, Radio One

Cathy Hughes became the first African-American woman to head a publicly traded company in 1998 when Radio One went public. It was a long road that began in 1973 when she became sales manager at Howard University's radio station. She bought her first radio station in 1980, WOL AM in Washington, and changed the format from R&B to a news and talk format aimed at African-American listeners.

She pioneered the "quiet storm" nighttime format at Howard and "24-hour talk from a black perspective" at WOL. She began assembling the Radio One network in the '90s, which now has 53 stations in 15 markets. An outspoken advocate for African-American issues, Ms. Hughes has also been called the most powerful woman in radio. Now her influence is expanding: In 2004, Radio One teamed with Comcast to create cable channel TV One, with goal of creating and delivering programming from the African-American point of view. 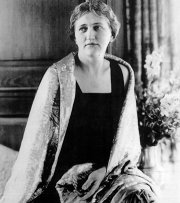 She's been called the first female copywriter, but she could also be called advertising's first feminist. On the ad side, Helen Lansdowne Resor was one of the first writers to inject sexuality into advertisements, via what was probably her most famous work, for Woodbury's Facial Soap. The ad, ranked as No. 31 in Ad Age 's "Top campaigns of the century," showed a man embracing a woman accompanied by the headline "A Skin You Love to Touch."

Alongside her husband, Stanley Resor, Ms. Resor built J. Walter Thompson into one of the biggest and most-successful ad agencies ever. She has been credited with pioneering celebrity endorsements and hiring women in positions where they could make a difference until her death in 1964. But while she kept feminism alive and well in the halls of the agency, she didn't forget about the outside world, taking part in suffragette marches and enlisting the agency's women for the cause. 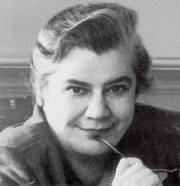 "There isn't a single thing in a woman's experience that isn't apt to come in handy some day when you are writing advertising," wrote Jean Wade Rindlaub in AWNY's "How to Be a Successful Advertising Woman" (1948).

It was sound advice from a woman who became BBDO's first female VP in 1946 and created women-focused campaigns for General Mills, Campbell's Soup and Oneida Silverware. In 1954, Ms. Rindlaub's appointment to the board marked another industry first. In 1963, she retired after 33 years at the agency where she started as a copywriter. She died in 1991. 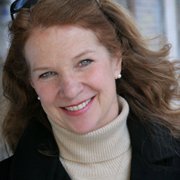 CEO, The One Club

It's surprising that the ad industry, which is so good at marketing everybody and everything, still hasn't quite gotten the hang of marketing itself. That's where Mary Warlick comes in. The CEO of the One Club believes that the best moment in her decades-long ad career came during the showing of her 2009 film, "Art & Copy," at Sundance. Ms. Warlick was executive producer of the award-winning documentary, which featured ad greats like Hal Riney, Lee Clow and Dan Wieden. "Advertising is a very anonymous business," said Ms. Warlick. "You may know the client's name or, on the rare occasion, the agency's name. But nobody knows the names of the actual people who worked on an ad."

Ms. Warlick's mission is to cast a spotlight on the people who make great creative possible. She's wrapping up a book, "The Real Men and Women of Madison Avenue," composed during a yearlong sabbatical. She is also working on a 60-minute program about Madison Avenue for PBS. "I want to make people proud to be in the business of advertising," she said.