Women in Advertising: The Innovators

Ms. Berman logged 32 years at the agency. She started out as a junior copywriter and eventually became the first woman to be elected to the agency's board. She became chairman-chief creative officer in 1996, and was integral to clients such as McDonald's and Disney. Ms. Berman has since opened her own shop, Unbundled. 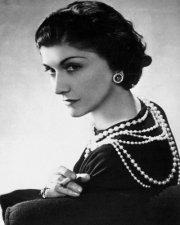 French pioneer Gabrielle "Coco" Chanel created the fashion-label powerhouse, starting as a designer for the newly liberated woman of the World War I era.

Going against the grain of traditional girly garb, she gave birth to menswear-inspired sportswear, the little black dress and the general concept of day-to-night apparel.

Her design, once breakthrough and now timeless, continues to empower women around the world. She died in 1971 at the age of 87. 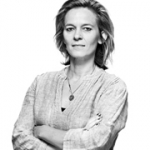 One of three execs who set up Bartle Bogle Hegarty New York in 1999, the strategic super-brain from the U.K. told Ad Age in 2007, "If you don't approach your work with a sense of always looking to do something new, then you are probably not doing your job." Ms. Cookson won AWNY's "Changing the Game" award for driving innovation in 2008.

Susan Credle made it to the top the hard way. She started her career in advertising at BBDO in 1985 as a secretary, with no advertising experiencem working her way up to copywriter and eventually BBDO New York executive creative director working on Cingular and Mars. In 2009 she left to take the top creative seat at Leo Burnett USA.

And although she's one of the relatively few women to hold top creative positions at one of the big agencies, Ms. Credle doesn't see herself as one of the few. "I never thought a woman wouldn't have a great opportunity to be successful," she said. "I feel like I can't get away from the 'Where are the women?' question. Asking that question is in some ways fulfilling a prophecy. Asking the question the way we asked it, women believed that they couldn't succeed." 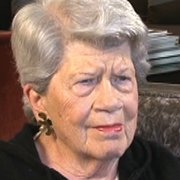 This former vice chairman of Leber Katz Partners (which later merged with Foote, Cone & Belding) is a noted advertising futurist who championed the planning function and helped establish it in the U.S. She was inducted into the AAF Hall of Fame in 2011 and named one of the 50 most powerful women in America by Ladies' Home Journal in 1990. A known pragmatist, she told the Chicago Tribune in 2002 "advertising does not lead it does not break new ground, it is a reflection of society…Most major advertisers are selling to large audiences and it's the mainstream they shoot for, not the fringe. Everything is driven by the bottom line and you can't forget that ." 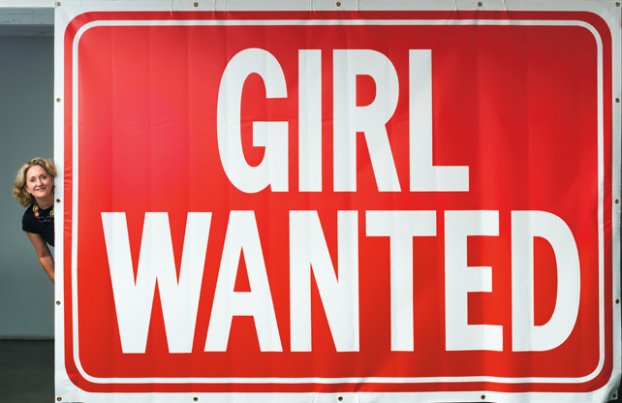 Susan Hoffman made Nike famous even before "Just Do It" became part of the brand's basic vocabulary. Her "Revolution" broke ground for its unique execution, featuring gritty black-and-white hand-held shots that interspersed the all-star with the everyman athlete. During her nearly 30 years at W&K, she also opened the agency's Amsterdam and London offices and, in 1992, became its first and only female partner.

Under her leadership, it has become a breeding ground for game-changing work including Old Spice's "The Man Your Man Could Smell Like" and "Responses" and Chrysler's Super Bowl spots starring Eminem and Clint Eastwood. "Our work that strikes a chord is so honest, so truthful," she said. "But it's never about telling the consumer what to do; it's about making them feel something." 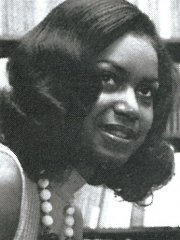 As one of the most successful African-American women in advertising, Caroline Jones left an indelible mark on adland. In addition to being the first black woman creative director at J. Walter Thompson -- where she worked her way up from secretary and copywriter posts -- Ms. Jones held executive positions at BBDO and other general-market agencies. Later she launched and co-founded several well-respected specialty shops, including Caroline Jones Inc., where she was president at the time of her death at age 59 in 2001. Some of her biggest clients included McDonald's, American Express, Anheuser-Busch and Kentucky Fried Chicken, which took Ms. Jones' "We Do Chicken Right" campaign and adopted it as its general-market slogan. "Her importance in the industry was not fully understood," ad exec Ted Pettus old Ad Age near the time of Ms. Jones' death. "There are all too few role models for African-American men and women in this business, and Caroline was one of them." 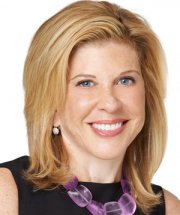 Robin Koval is behind some of the most iconic modern-day advertising campaigns from the Aflac Duck to the Herbal Essences "orgasmic experience." The CEO of Publicis Kaplan Thaler also counts among her achievements a 2011 New York Women in Communications Matrix Award, AWNY's Working Mother of the Year Trailblazer Award and a nomination into the YWCA's Academy of Women Achievers in 2002. 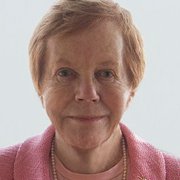 She thrived in the boozy boys club that was 1960's advertising, and has dubbed herself the real-life Peggy Olsen. But Jane Maas has staying power, having conceived the legendary -- and still running -- "I Love NY" tourism campaign. Over a lengthy career at Ogilvy' class='directory_entry' title='Ad Age LookBook '>Ogilvy & Mather, Wells Rich Greene, and Earle Palmer Brown, Ms. Maas earned 47 creative awards and wrote five books -- her latest, "Mad Women," this year. 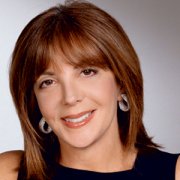 If there's someone that has been the public face of women in advertising to John Q. Public, it's arguably Linda Kaplan Thaler. She has appeared as a judge on "The Apprentice" and hosted the Oxygen TV series in 2005, "Making it Big ." In addition to her work for Toys "R" Us ("I don't want to grow up, I'm a Toys 'R' Us kid,") and Kodak (Kodak Moments), she is co-creator of the Aflac duck among other iconic ads. She's also the recipient of a WIC Matrix and the AWNY Advertising Woman of the Year Award, and the first woman to receive a New York Women in Film & Television Muse Award.

When the Great Lakes Mink Association was looking to rebrand in the late 1960s, it turned to Jane Trahey. Her solution was to create the Blackglama brand and the campaign, "What becomes a legend most?" Ms. Trahey was an ad director at Neiman-Marcus and Kayser before starting Trahey Advertising in 1960, where she drew clients such as Bill Blass, Calvin Klein and Elizabeth Arden. She was the first ad woman to earn $1 million, and wrote books, including "Life with Mother Superior," which became the film "The Trouble with Angels." She died in 1990 at age 76. 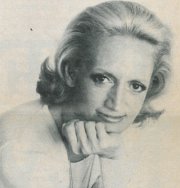 One of Ad Age 's most influential people in the 20th Century, the storied agency she founded was legendary for its creative prowess. She is the youngest copywriter to be inducted into the Copywriting Hall of Fame .