Women in Advertising: The Liberators

One of Mary Kay Ash's first ads for her then 5-year-old cosmetics company was on wheels. A custom-painted pink Cadillac the shade of the blush in her compact that she bought for herself in 1968 became the sales incentive for her top five sales directors in 1969, and thus the pink legend was born.

Her direct-marketing sales force of "independent beauty consultants," 2.4 million strong worldwide, are the core of the now $3 billion beauty empire and provide the door-to-door marketing power behind the company. Brochures and advertising, and, more recently, digital and social-media tools have been used through the years, but it was the multilevel salespeople working toward those pink Cadillacs that defined the Mary Kay brand. Ms. Ash's home-based-business model also enabled women to achieve more of a work-life balance. Her motto was: "God first, family second, career third." 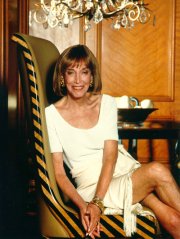 At a time when Americans imagined proper, single women as restrained and even chaste, Helen Gurley Brown's 1962 book "Sex and the Single Girl" encouraged them to have fun with sex before marriage. Where women's magazines had focused on their readers' homes, Ms. Brown's Cosmopolitan talked about their bodies and desires. As The New York Times pointed out upon her death Aug. 13 at age 90, she anticipated "Sex and the City" by some three decades. And newsstands continue to echo her voice.

Ms. Brown began her career in a long series of secretarial jobs, but it was a post as executive secretary to Don Belding at Foote, Cone & Belding that opened the door to writing ad copy. She proved adept and funny, eventually earning one of the highest salaries among female copywriters in the country. She married Hollywood producer and former Cosmo editor David Brown in 1959, and he encouraged her to write a book about her still-recent single life. "Sex and the Single Girl" became a smash bestseller.

In 1965, Hearst Corp. named Ms. Brown editor of Cosmopolitan, which soon showed her stamp: provocative, personal and ambitious. Her impact on society, business and the media has endured. Earlier this year she gave $30 million to the graduate school of journalism at Columbia University and the engineering school at Stanford University, which said they would team up to build a center for media innovation. 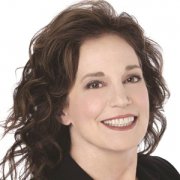 When Nina DiSesa added chairman to her title of chief creative officer at McCann New York in 1998, she was the first creative exec to do so in the agency network.

She succeeded with what she called "the art of S&M," referring to seduction and manipulation, helped her thrive and later became the subject of her book "Seducing the Boys Club," which outlines nonsexual techniques "required to win men over so we could all succeed."

After retiring from the agency in 2010, Ms. DiSesa joined the consulting firm R3:JLB in 2011 as a creative management consultant. 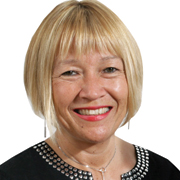 The former Bartle Bogle Hegarty CMO is known for her forthrightness and entrepreneurship. In addition to founding Ifwerantheworld.com, Ms. Gallop is famed for her "Black Apartment" and website Makelovenotporn.com. 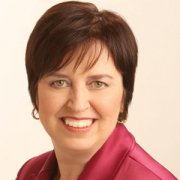 Few women have changed and championed the image of working mothers as much as Carol Evans. She began selling ads for Working Mother magazine in 1978, and worked there for a decade, moving up to advertising director and VP-publisher. She founded one of the magazine's best-known brands, Working Mother 100 Best Companies in 1986, but left to run the Stagebill and Chief Executive Group publishing companies. In 2001, she returned, buying Working Mother magazine and combining it with Work Life Congress and the National Association for Female Executives to create Working Mother Media.

Along with 100 Best Companies, under WMM, she has also branded Best Companies for Multicultural Mothers, Best Green Companies, and Best Companies for Hourly Workers among others. The influential Ms. Evans has changed and championed the image of working mothers, and continues to influence and help set standards in the workplace. Her organization has partnered with Advertising Women of New York for the past eight years to name the year's top working moms in media, advertising, and communications. 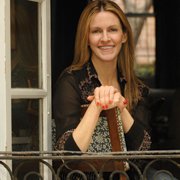 In 1988 at the age of 24, Jane Pratt shook up the newsstand when she became the founding editor of Sassy. The magazine is largely thought of as the first pub that spoke to teen girls in their own funny, frank and irreverent language. It stoked controversy -- and sales -- by openly addressing sex and feminist issues in a way none of its rivals had dared touch (the first issue famously featured the coverline: "Losing Your Virginity: Read This Before You Decide").

Rivals sniffed but were quick to step up with hipper content and a decidedly uh, sassier, tone. Ms. Pratt did it again for the women who grew up on Sassy when she launched the eponymous Jane. Neither of those of those magazines are with us any longer, but the groundbreaking editor and author remains as frank, irreverent and real on her popular website, XOJane, and her show, Jane Radio, on SiriusXM.

When Gloria Steinem, one of the most prominent names in feminism, co-founded Ms. Magazine in 1972, she and her sales team struggled to find advertisers willing to appear in a women's magazine that didn't dedicate editorial copy to shilling women's products.

In the July/August 1990 issue of the magazine, Ms. Steinem, now 78, wrote an essay called "Sex, Lies and Advertising" about those issues. She began with an anecdote about meeting a Soviet official at a press lunch who asked the American attendees "how more subtly to control the press," to which she replied, "advertising." The piece went on to describe Ms.'s grueling (and often unproductive) efforts to attract traditionally male-focused advertisers such as carmarkers and electronic manufacturers, its long resistance to accepting cigarette ads -- which cost it hundreds of thousands of dollars -- and how Ms. couldn't attract food marketers because it didn't feature recipes. The article ends with the sentiment, "Can't we do better than this?"

Ms. Steinem remains outspoken about advertising and marketing. She made headlines last year when she said Hooters should be sued for making its employees get implants, and put Nike 's "My Butt Is Big " campaign in its place by questioning whether the company "would do an ad about a man talking about his butt." In the summer of 2011, the longtime activist and journalist was the subject of an HBO documentary called "Gloria: In Her Own Words."