Women in Advertising: The Media Masters

Cathie Black's brief tenure as New York City schools chancellor was the exception in a career of lasting runs in challenging posts. As president and then publisher of USA Today in the 1980s, Ms. Black defied critics by growing the newspaper into a national power.

And at Hearst Magazines, where Ms. Black was president and then chairman from 1996 through 2010, she oversaw the introduction of O, The Oprah Magazine -- one of the most successful new magazines since the turn of the millennium -- and later applied the joint-venture model again to create Food Network Magazine, one of the few other recent standout launches. 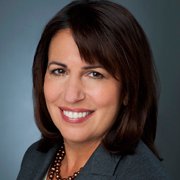 There's little this NBC veteran hasn't seen in her 21 years at NBC Universal, but Marianne Gambelli may be best known these days as the executive who keeps sponsors interested in a network whose ratings challenges have become renowned. Buyers say they respect her plainspoken attitude while noting NBC has grown more innovative in recent years.

Katharine Graham transformed The Washington Post into a national institution during the paper's lonely investigation of Watergate. She died in 2001 at the age of 84. 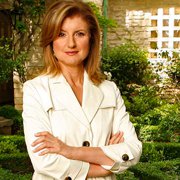 Laura Lang's biggest impact on media and marketing may still be ahead. In January she took over as CEO at Time Inc., the storied but challenged magazine publisher, and she's developing a plan to transform the company into one that can thrive even as readers and advertisers spend increasing time on digital platforms. Certainly, her pervious experience as CEO of Digitas, the No. 1 digital agency with more than a half-billion dollars in revenue, will be useful.

Ms. Lang is also a breast-cancer survivor, an experience that has helped her become fearless. That attitude will be useful, too, as she'll need to move quickly and decisively. She already has in some areas, reversing, for example, Time Inc.'s previous policy against selling iPad edition subscriptions in the App Store. "It was obvious for me," she told Ad Age , despite some publishing veterans' reservations. 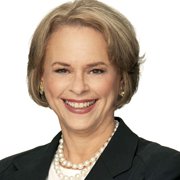 The first female CEO and chairman at Time Inc. played a part in successful launches such as Teen People, Real Simple and InStyle. The inexorable rise of digital media eventually led Ms. Moore as CEO to make tough decisions such as culling the company's huge headcount, selling 18 of its smaller brands and closing titles. "When you're through changing, you're through," she said in 2009. 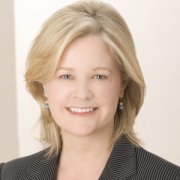 Martha Nelson's December 2010 promotion to the No. 2 editorial post at Time Inc. made her the favorite to eventually become the first female editor-in-chief at the publisher of magazines including Time , People, Fortune and Sports Illustrated. But she had already made her mark in posts from editor of the People Group to founding editor at InStyle. 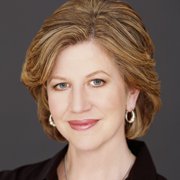 Abbe Raven joined A&E Networks in 1982 as a production assistant on the precursor Daytime & Arts, a job she snagged by answering an ad in The New York Times. She helped to launch History in 1995 and was part of a team that re-established A&E as a top 10 network by reviving ratings in the early 2000s with unscripted series such as "Dog the Bounty Hunter" and "Growing Up Gotti." Ms. Raven was promoted to CEO in 2005. 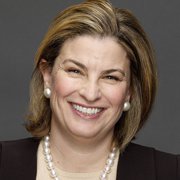 Sally Susman has supported and led communications for three top companies within their industries, including AmEx, Estée Lauder and Pfizer. At the pharma giant, she's spearheading a direct-to-public effort to aid the industry's embattled reputation. She also recently restructured her team as the industry adapts to a changing product landscape and budgetary pressures. Ms. Susman continues to forge relations with foreign governments for Pfizer, and, on a personal level, she is high profile.

Melissa Waggener-Zorkin is CEO and co-founder of the second-largest independent PR agency in the world, which since its 1989 inception in the Pacific Northwest has grown to 18 offices in Europe, Asia, the U.S. and Africa. Known for its long run of working with Microsoft, the $100 million firm was an early player in the technology space, having such clients as IBM, Intel, Abbott Labs, SAP and AT&T, among others. 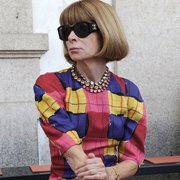 She's the editor of a fashion magazine where change itself is a good part of the product, but Anna Wintour has always played for longevity, too. "Of course we want to show what's new -- designers, actors, politicians, opera singers, whatever's important to our readers," she told Ad Age in 2011, "but at the same time, we have to not frighten the horses, so to speak."

The strategy, abetted by a steady accumulation of influence for Vogue's top editor, has worked. Ms. Wintour has edited Vogue for 24 years -- a reign going back to the end of the Reagan era. We are more than two decades past Vogue's first Madonna cover, which brought Ms. Wintour in for early criticism. Her sphere now spans the Met Costume Institute gala benefit, the CFDA/Vogue Fashion Fund to support new designers and Fashion's Night Out, the annual night of shopping promotions. And the movies -- "The September Issue" and "The Devil Wears Prada" -- she wore Prada to the premiere -- have cemented her in the popular consciousness.

Linda Yaccarino has never lacked for bold moves and from her new perch -- achieved only last week -- as head of ad sales at NBC Universal, she will undoubtedly make more.

Her influence is undeniable: This former head of Turner's entertainment-network ad sales made waves a few months ago when she sought extremely high CPM increases from upfront buyers without batting an eye. And she has never been shy about closing a deal, as when Turner launched Conan O'Brien's new talk show by seeking ad rates on par with late-night broadcast. Look for more striking strategies from Ms. Yaccarino in the months ahead.