Women in Advertising: The Pioneers

As the creator of the Macy's slogan "It's great to be thrifty" and the Gimbels tagline, "Nobody, but nobody, undersells Gimbels," Bernice Fitz-Gibbon boasts one of the most successful retail ad careers in history. In the early 1920s, she joined Macy's advertising department, where she would spend 12 years before moving on to Wanamaker's and Gimbels. Ms. Fitz-Gibbon greatly influenced the department-store and fashion industries with the creation of events, ranging from fashion shows and dance instruction to lectures and demonstrations.

She was also well-known for her conversational yet informative newspaper ads. In 1954, Ms. Fitz-Gibbon resigned from Gimbels to start her own agency on Fifth Ave. In inducting Ms. Fitz-Gibbon to the Advertising Hall of Fame in 1982, the year she died, the American Advertising Federation noted that "a strong emphasis on language and observation was at the heart of her management philosophy. As a result, a 'Fitz-trained' copywriter became a very hot commodity." 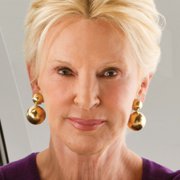 The automobile business had long been a male-dominated industry in nearly every sector when Dannielle Hudler was hired as the advertising chief for General Motors' Chevrolet brand in 1985. Even after three years in her position, she still battled the "old boys network" when she was asked to fly with her colleagues' wives on a business trip. She declined, instead flying with the all-male management board. Ms. Hudler went on to make her mark with the Chevy brand, working to eliminate sexist advertising.

When Nedda McGrath was hired by the Blackman Agency in 1926, she became the first female art director at a major U.S. agency. At the time, Blackman, which was later Compton Advertising, was on retainer as P&G's full-service agency for Crisco and Ivory. Until that point, women worked in clerical positions and were more likely to buy or sell ad space, or work as copywriters, where male executives valued a "woman's point of view" when writing about female-targeted products. Art director jobs often required more training, which few women undertook at the time.

"I know of no other woman art director in the field," said Ms. McGrath. "I was discouraged by everyone from making the attempt and had to work perhaps harder than a man."

Arguably the first human brand, Ms. Stewart has dominated the lifestyle category with everything from TV shows and magazines to coffee-table tomes and her own collections of kitchen gadgets and craft supplies. Now, Martha Stewart Living Omnimedia is looking to the next generation of DIY content by transitioning from traditional TV to a broader video strategy. Ms. Stewart, 71, is looking beyond the living-room screen to other platforms by embracing short-form video for smartphones and tablets and communicating with her loyal viewers through social media.

"Whatever I have accomplished in life I have paid for it by much thought and hard work. If there is any easy way I haven't found it." Those seemingly simple words from Madam C.J. Walker are a master class in understatement. Born to former slaves in Delta, La., orphaned by the age of 7, widowed by the age of 20, Sarah Breedlove would go on to remarry, change her name and found a cosmetics empire -- in 1910 -- that would make her the first self-made female African-American millionaire and the richest African-American woman in the country at the time of her death in 1919.

That empire was built with direct marketing, promotional campaigns and sales-force training and conventions that sound a lot like today's event marketing. And if that 's not enough, she was also a major philanthropist and a proponent of financial independence for African-American women. "I want to say to every woman present," she once said, "don't sit down and wait for the opportunities to come. … You have to get up and make them."

In 1880, 40 years before women's suffrage, Mathilde C. Weil opened the M.C. Weil Agency in New York. She was the first woman to establish a general agency and America's first ad woman.

Ms. Weil emigrated from Germany in the early 1870s. Following the sudden death of her husband, Ms. Weil took work as a translator -- she was proficient in English, German, French and Spanish -- and then as a newspaper and magazine writer. But when Ms. Weil started buying and selling ad space for a German newspaper, she knew there was a better living to be made in advertising.

Serving as a liaison among advertisers and the publications, most of Ms. Weil's billings came from her profitable proprietary medicine accounts. Other types of accounts were handled by her partners, Mary Compton and Meta Volkman. Ms. Weil ran her agency, housed in The New York Times Building, until her death in 1903.