Women in Advertising: The Power Players

As an agency exec, Dana Anderson was known to keep a brass bra in her office as a sign that she was just as tough as the boys. After blazing trails as president of DDB and FCB in Chicago, becoming one of the first women in the city to rise to that level, she joined Kraft in 2009, where she has pursued cutting-edge creative while remaking the food giant's agency roster at an almost breakneck pace.

On Oct.1 she will move to Mondelez International, the new home for Kraft's global snack brands. These days her message to fellow marketers is to toss aside conventional thinking to take what she calls "leaps."

Procter & Gamble Co. has marketed to women for well over a century, but until Susan Arnold came along, women had never played a big role in the uppermost reaches of senior management.

In 1999, she became the company's first female president, overseeing a skin-care business that was building Olay into a $2 billion-plus global powerhouse. She led much of the transformation early this century into one of the biggest beauty players in the world.

Ultimately, Ms. Arnold would become P&G's first vice chair, then rise to head all of the company's global business units in 2007 before retiring in 2009, denting -- but not breaking -- the glass ceiling to the CEO office.

Wendy Clark has tackled both agency-side roles, as GSD&M's first director of account services, and brand-side roles. For four years, Ms. Clark was responsible for the second-largest advertising budget in the U.S. as AT&T's senior VP- advertising. And when she left in 2008 to join Coca-Cola she became a steward of the world's most-valuable brand. 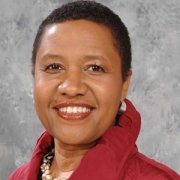 Pam El, VP-marketing and advertising for State Farm, has kept the nation's-largest auto insurer at the forefront of an ultra-competitive category with massive ad spending and contemporary marketing.

"Like a Good Neighbor" is now "Get to a Better State," while the insurer's familiar red three-oval logo was revamped to remove "auto, fire, life," emphasizing aggressive moves into other services such as State Farm Bank. It was the company's first logo refresh in nearly 60 years.

Ms. El joined State Farm in 2002 after stints at the Martin Agency, US West and Terabeam. Her outside initiatives include serving on the board of the Women's Basketball Hall of Fame . At State Farm, she encourages teamwork, including among the marketer's various agencies. "They can't have my back if they are at each other," she said at an industry conference a couple years ago. 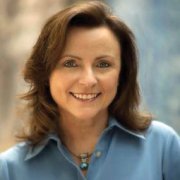 When it comes to automotive marketing, Karen Francis is about as entrenched as they come. She served as Ford's vice president of ConsumerConnect, which designed e-commerce strategies, ran General Motors' Oldsmobile division and, as a brand manager at Chevrolet, was responsible for adding purse pockets, fold-down trays and video players to the Venture minivan. She's also held executive positions at Procter & Gamble, Internet Capital Group and Bain & Co and served as chairman and CEO of Publicis & Hal Riney. 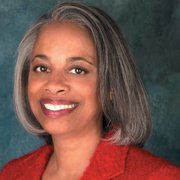 In a lengthy mid-1990s profile about her glass-ceiling-breaking ability, Ann Fudge cited the race riots she lived through following Rev. Dr. Martin Luther King Jr.'s assassination as a transformative experience. "They made me incredibly determined," she told The New York Times.

"I wanted to do something that black people hadn't done before." General Mills and Kraft Foods (she was president of Maxwell House at the latter) she did just that at Y&R, becoming CEO at one of the largest agencies in the business -- a rarity for a black female. While she was unable to stem account losses at the agency and retired three years later in 2006, her appointment is seen as a watershed for adland. She also served as a member of President Obama's National Commission on Fiscal Responsibility and Reform. 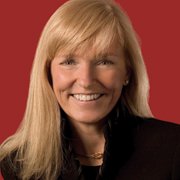 Her doctorate in human development, plus her string of prior senior management roles at shops such as D'Arcy Worldwide, JWT, BBDO and Y&R made Susan Gianinno uniquely equipped to take the reins at Publicis USA a decade ago. "Susan is one of the smartest strategists in our industry," said Maurice Levy, the CEO of Publicis USA's parent, Publicis Groupe . "We have been fortunate to have her leading our operations in the U.S.A. and I am very proud of what she achieved." One of a select group of American executives and women who have risen to a senior post within the French holding company, Ms. Gianinno is a fierce defender of her agency. She famously sent out a note decrying former General Motors CMO Joel Ewanick's treatment of Publicis when the Chevrolet account was yanked without warning and handed to another agency. 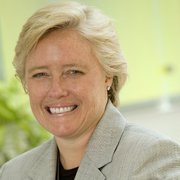 If Procter & Gamble Co., "Proud Sponsor of Moms," is to have a mom CEO, Melanie Healey is among the top bets.

As one of the company's youngest group presidents, Ms. Healey heads P&G's biggest and most profitable region in North America. And in a global company, she's about as global as it gets, with a British father, Chilean mother, Peruvian grandfather and two children born in Mexico. But Ms. Healey remains Brazilian at heart. She can be seen driving around Cincinnati in a white Jaguar with "Impanema" plates. 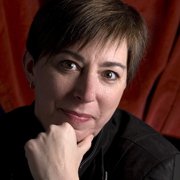 Nancy Hill may lead advertising's powerful trade association, but she can recall meetings early in her career where a man would turn to her and ask her to fetch the coffee. "I just ignored it," she said. She went on to a diverse agency career that included time in San Francisco, St. Louis and New York, before being named CEO of the 4As in 2008, the first woman in that role. Of the milestone, Ms. Hill said: "We can recognize firsts as they happen and celebrate them, but ideally we [women] get to a place where there are no more firsts to celebrate." 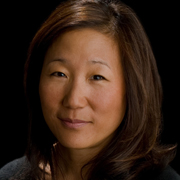 AT&T There are a lot of firsts on Esther Lee's résumé on both the agency and client side: Coca-Cola's first senior VP-chief creative officer; Euro RSCG Worldwide's first North American CEO and AT&T's first senior VP-brand marketing and advertising. She also co-founded agency DiNoto Lee in 1997. 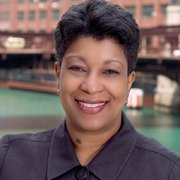 One of the most prominent female and African-American executives in the advertising and marketing industries, Renetta McCann started her career in 1978 at Leo Burnett. She rose steadily through the ranks to become global CEO of Starcom MediaVest , the giant Publicis Groupe -owned media-investment arm, in 2005. Ms. McCann was always a multitasker: She won and led the Sony Consumer Electronics business in 1991 at Starcom while also becoming a mother. She juggled diaper-changing with media plans for 28 separate Sony product lines.

"When you're in a meeting with Renetta she's always thinking three meetings ahead," Dan Albert, then exec VP-chief media strategist for Starcom USA, told Ad Age in a 2001 interview. "You have to be on your guard."

And now it is potential hires who will need be on their guard: Ms. McCann emerged from a consulting post to rejoin Leo Burnett this month as chief talent officer.

Linda Robinson joined BlackRock last year after 25 years at the helm of powerhouse public-relations firm Robinson Lerer & Montgomery, New York. As chief communicator for BlackRock, she's leading marketing efforts for the world's largest money manager as it looks to become more well-known with individual investors. The über-connected Ms. Robinson built her PR firm into one of the country's most sought-after shops, especially known for its financial industry and crisis-communication prowess. 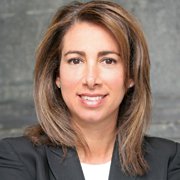 Few people could manage to come out of a reality show appearance unscathed, let alone respected. But Linda Sawyer, the CEO of Deutsch -- a onetime regular on "The Apprentice" -- did just that along with taking over the agency's helm from Donny Deutsch in 2005 when he decided to pursue a TV career. "When Donny was there, I used to kid him that there were more females there than males," said

Interpublic Group CEO Michael Roth. "There was such an open environment at Deutsch that was responsive to pure talent and not gender."

Added Roth about Ms. Sawyer's leadership qualities: "She's very personable, she's great with clients, a good role model for the agency, has a great work ethic and she really cares about her people and the business. What else do you want from a leader?"