Advertising Week: How to Hold Off the Twilight of the Brands | Ad Age
Skip to main content

Advertising Week: How to Hold Off the Twilight of the Brands

Ogilvy Research Finds Consumers Still Care -- Some More Than Others 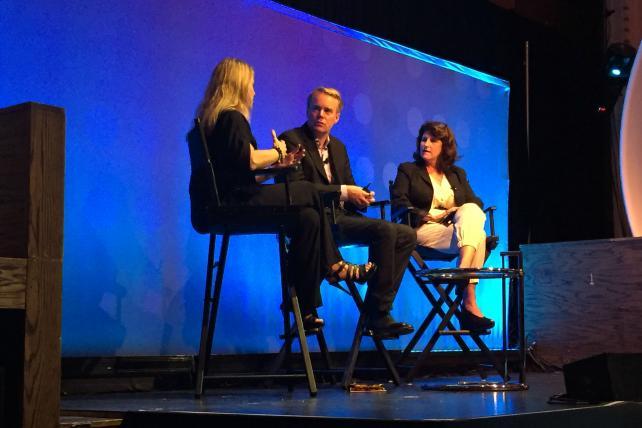 One of the first panels at this year's Advertising Week in New York was somewhat gloomily titled "Do Brands Still Matter?" And the answer, according to research conducted by Ogilvy & Mather, boiled down to "it depends."

Why brands mattered varied by country, according to Ogilvy Worldwide Head of Planning Colin Mitchell, who unveiled some of the results during the panel, which also included Jennifer Healan, group director at Coca-Cola, and Hope Cowan, creative agency partner at Facebook. But ultimately, the same general issues rose to the top in each country, breaking down along lines of brand fundamentals (a company standing behind its product or enduring the test of time) and, in what Mr. Mitchell called the real opportunity, service-oriented attributes.

While one of the slides was labeled "purpose needs more purpose," Mr. Mitchell put it another way: "Service has to be a global strategy."

The consumer, he said, wants marketing that helps. And one thing that stood out in the research is that customer service, exclusive offers and deals and charitable giving impress consumers far more than celebrity tie-ins and guerilla advertising -- or, as Mr. Mitchell said, the sort of thing that does well at Cannes every year.

So it's not so much vague appeals to purpose and a higher good as much as it is useful service, which is nothing new. Part of the presentation was a 1957 print ad from Ogilvy for Guinness called the "Guinness Guide to Oysters," which is exactly what it sounds like. Another example was Babolat Play, a connected tennis racket (think Nike+ for tennis) that gives amateur and professional tennis players a treasure trove of data.

The agency did not reveal any brand rankings as part of its research, but did field questions about specific brands, including clients Coke and Facebook. Facebook, not surprisingly, was seen as a useful to consumers, who take advantage of its network and tools to stay connected, check in, celebrate life's moments and humblebrag -- as the marketer is noting in its most recent TV advertising.

But Ms. Cowan also noted that Facebook is trying to be useful at a higher level, citing its work with the U.N. to provide internet service for Syrian refugees, another U.N. effort to spread internet service worldwide by 2020 and its "Safety Check" feature, which helps consumers tell friends and family they're O.K. after natural disasters.

More surprisingly, research respondents said they see Coca-Cola as an "expert." Asked what the company is an expert in, Ms. Healan replied matter-of-factly: "happiness." The brand's roots were in a bottle of refreshment meant to bring a smile to a person's face, she said. The challenge for such a storied brand, she added, is in evolving with the times, something Coke has tried to do with the Share a Coke campaign.

The key these days is that doing matters more than saying, Mr. Mitchell said. After doing something, he said, brands can run more-traditional advertising efforts to amplify the message.