What Will Win the Ad War? Technology, or Creativity and Transparency? | Ad Age
Skip to main content
Sign In Register

What Will Win the Ad War? Technology, or Creativity and Transparency? 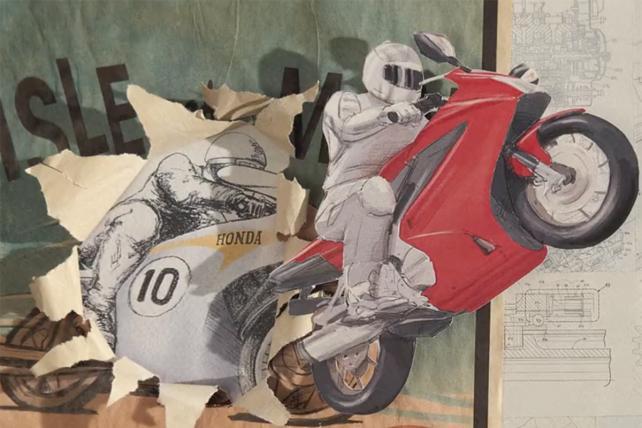 Often, the answers seemed to boil down to better creativity for the former and more transparency for the latter. But the only realistic answer might be fighting fire with fire in the form of technology and PR efforts.

A number of speakers throughout the week said they thought better creative might solve the problem. From new forms of messaging like branded content or native advertising to more traditional advertising, marketers simply have to up their game.

"Just make an ad everybody wants to watch. Make great content," Tom Peyton, assistant VP-marketing at American Honda Motor">Honda Motor, told Ad Age during a video interview. Mr. Peyton made specific reference to the marketer's "Paper" ad, a two-minute spot that launched last month and has garnered over 10 million views -- and creative accolades -- since then.

Even AOL CEO Tim Armstrong seemed to agree with that sentiment.

"Everyone is spending all their time talking about ad blocking right now," he said. "Everyone should be spending all of their time talking about why consumers feel the need to block ads." AOL just did a "huge review" of the kinds of ads it should be serving to consumers and how, he added. "Few things are more annoying than pop-ups on mobile," he said.

He also berated marketers and media companies for thinking through the issue without consumers in the room, and for generally offering the kinds of experiences that would drive anyone away from ads. Referring to streaming episodes of TV shows online, he said "the reality" is that "it's probably stupid" to run the same commercial five times during a 30-minute episode.

That's not to say that the industry is sitting idle and hoping that better ads are going to make a population that started skipping ads decades ago with the advent of the remote control will suddenly rush with open arms to embrace commercial messaging. As one reader wrote into Ad Age last week, "The consumer has been blocking out messages long before there were ad blockers. I guess no one wanted to face up to it. The answer: war lost."

Advertisers and publishers might not want to get stuck in a never-ending engineering war with ad blockers, but the Interactive Advertising Bureau is taking steps on the technological front. It said it had developed code to help small publishers tell when consumers arrive intending to stiff-arm their ads with ad blocking. "We believe this script will actually help enable them in their fight just by enabling their ability to detect," said Scott Cunningham, senior VP at IAB and general manager of the IAB Tech Lab, at a press conference during the annual IAB Mixx conference, which coincides with Advertising Week.

One magazine executive at a large publisher said his company is working with a tech firm to install code that, when confronted with an ad blocker, will also block content from being delivered.

Other publishers that see ad-blocking visitors arrive greet them with dialogue boxes encouraging a change of heart or, failing that, perhaps becoming paid subscribers. But the open architecture of many web pages has allowed ad blockers to hide even those dialogue boxes, Mr. Cunningham said. The IAB is recommending that publishers switch to more secure protocols to prevent that.

Elsewhere, technology meant to help is providing another headache in the form of ad fraud.

"There's a tremendous amount of positives coming out of programmatic, but it's been called a dark alley and a black box and there's a reason for that, because it makes it hard for buyers and sellers to understand what's happening in the marketplace," said Andrew Altersohn, CEO at AD/FIN, a market intelligence company.

The industry, he said, will need to aspire for full transparency for fraud to truly be exposed. "The world can't be half transparent -- that's like being half pregnant." He did recognize that there will likely be some grey areas and that it's nearly impossible to shed light on every detail of digital buying, but the goal should be transparency from beginning to end in the process.

Bill Koenigsberg, president, CEO and founder ofHorizon Media, said "the industry is ready" for transparency and has already made progress on transparency, but that there are two types. One is "how many bites are being taken out of the apple," which he said is a figure advertisers, publishers and agencies are trying to figure out. "In a year from now if that issue isn't put to bed I'll be surprised."

But Mr. Koenigsberg noted that the more complicated type of transparency is transparency on issues like fake traffic and viewability, which he said will take time to fix. "As long as everyone understands where the landmines are and we continue to work toward solutions, that's the road we want to be on."

And for many, that issue of fake traffic and viewability is the more important.

Tamer Hassan, co-founder and chief technical officer at White Ops, said the challenge is that there are so many layers to the buying process and the fraudster's schemes that it's easy to set up what's essentially a money laundering system. It may be legit at the beginning, he said, but somewhere along the lines someone can set up a fake site with a bot running, and midway through, fraud happens.

"Cybercrime didn't used to be like it is now. There's a real market in place now," he said.

One thing is for sure: Until fraud is solved, payment terms will lag. One programmatic panel questioner from a mobile exchange asking if good actors might be able to get payment earlier than 60 or 90 days was rebuffed with the comment that late-payment terms are the main line of self-defense for advertisers hoping to vet out bots before paying them. As one panelist noted, "bots don't buy shoes."