AT&T and Johnson & Johnson are the latest big advertisers to halt YouTube ad buys, but the problem of ads and offensive content extends way beyond Google and Facebook, according to a session on terror funding led by The Guardian at Advertising Week Europe. 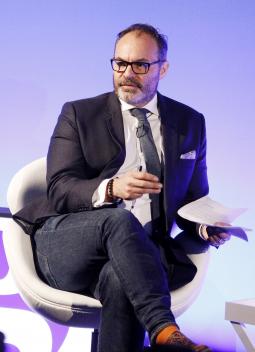 In the context of yesterday's terror attack at the Houses of Parliament in London, Hamish Nicklin, chief revenue officer at Guardian News and Media, suggested that the debate, originally titled, 'If advertising is funding terror, what should we do differently?" should instead ask how advertising and the internet can create a safe, premium environment for marketers.

Blaming the big players for everything is clearly not the answer. Mr. Nicklin suggested that Google and Facebook are just "the tip of the iceberg," while Anthony Katsur, president of Sonobi, a direct audience platform that works with media companies and not through exchanges, said the issue is about the whole ad tech industry, which, he claimed, is supported by "layers of obfuscation between the brand and the consumer … Suppliers supplying suppliers, supplying suppliers."

Mark Finney, director of media and advertising at the Incorporated Society of British Advertisers, the U.K.'s advertiser group, urged marketers and agencies to boycot suppliers that are not officially accredited. 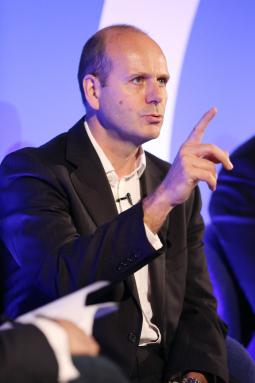 Focusing on the quality of the advertising environment is crucial for Mr. Finney. He said, "There are a lot of missiles flying Google's way but it's not just Google. Every player – the ad techs and the agencies – needs to work at more robust processes."

He suggested content should be actively vetted for quality "before advertising is put anywhere near it." He also stressed that ad fraud is not just an advertising problem, it's a crime. He called for more aggressive action from authorities like the London police, as well as from marketers.

Mr. Katsur also called for more human involvement: "In digital, a lot of us have turned ourselves over to machines. Tech is a tool that people use. If you were in a self-driving car you'd grab the wheel when you saw an accident coming."

He said that Google needs to do a better job of creating a safe environment for ads, but that agencies also need to be more aware. He pointed out that it wasn't an agency that uncovered the issue of ads linked to dubious content but a news story in the Times of London.

Panelists agreed that the industry can and should instigate real change. "None of this has existed for more than ten years -- these are not immutable or unchanging things," said Chris Clarke, chief creative officer at DigitasLBi. "When money is a motivation, things can change quickly. Terror survives on the oxygen of attention, and the internet is a platform for that."

Mr. Clarke even suggested that an international regulator might be appropriate. "Every playground needs a parent to make sure the playground stays safe," he said. "It's palpably clear that the organizations behind it can't regulate it. We can't stand back and let chaos reign." 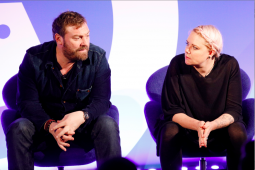 Laura Jordan Bambach, chief creative officer at independent London agency Mr. President, agreed. "Caring is not enough," she said, "We have to do things. We have to talk to clients, to change practices in our own agencies. Big things will start to happen, but it doesn't absolve us from getting off our arses."

While ad tech and platforms must bear a lot of responsibility for the race to the bottom, publishers -- and consumers hooked on free content -- also play a part.

"As long as things are free there will be downward pressure on quality, which increases the impetus towards the extreme," Mr. Clarke said, "Free content online is the domain of the fascists."

He said that with increasing polarization due to social media, the center ground is gone, and brands have to "pick a lane." He cited Starbucks' promise in January to employ 10,000 immigrants, and Unilever's pledge to reduce salt content in its food, as examples of a trend towards brands acknowledging that some things are bigger than money. He said, "Sometimes it's better to get in ahead of the curve and claim the high ground, and take the benefits later."