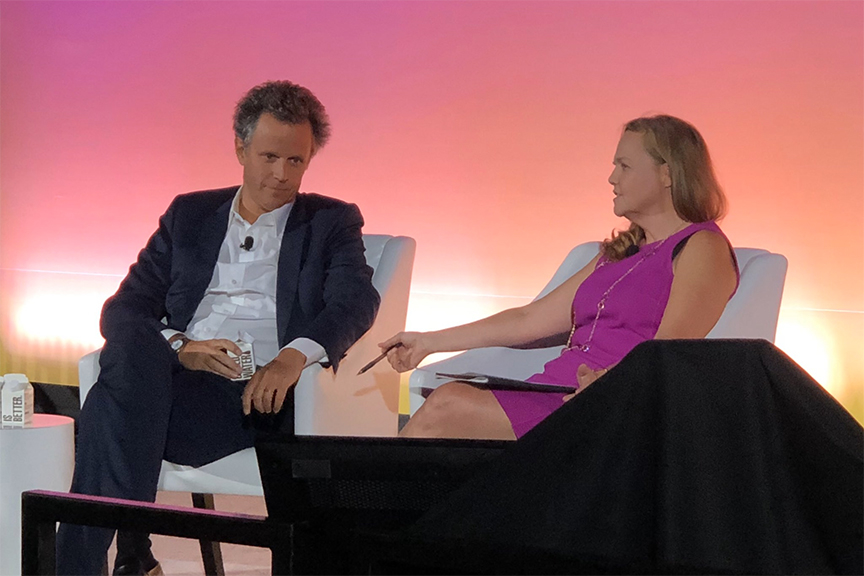 Publicis Groupe’s Arthur Sadoun was put on the hot seat on Tuesday when he joined his first-ever Advertising Week New York fireside with Wall Street Journal Advertising Editor Suzanne Vranica. The Publicis chairman and CEO was pressed on everything from the holding company’s steady decline in organic revenue (it did post a tepid 0.1 percent organic growth for the recent second quarter), to its ability to effectively integrate Epsilon (the data marketing firm it acquired for $4.4 billion) into the network, considering its struggle to do so with Sapient.

“Change is hard,” Sadoun said, while trying to divert the conversation to Publicis’ focus on what’s “most important … dynamic creativity.”

On Epsilon, he said “it was a big move for us” but he and the rest of the board “decided to do it for one reason, to help our clients take back control of their customer” from the platform giants like Facebook and Google. When asked if he really thinks Publicis can compete with the likes of Google and Facebook on data and the ability to use it to target consumers, Sadoun argued, “I know for sure” it can.

He said that Publicis is more prepared to integrate Epsilon into the business than it was with Sapient, the data and tech firm it bought for $3.7 billion in 2014 and took three years to successfully merge with the rest of the company. “The Sapient acquisition was more visionary,” Sadoun said, arguing it was “five to 10 years” ahead of its time. He said this time, all of the top leadership across the network has been involved in the integration process, and already led to the account wins of Mondelez and Novartis.

“If you want creative to be infused by data, you need to move from a linear message to a dynamic one,” Sadoun said. “It’s very difficult. You need creative people to shift their mindsets.”

He said Epsilon is helping give “credibility” to this positioning. Without Epsilon, he argued the company wouldn’t have won Mondelez or Novartis.

“What I can tell you for sure, making this kind of transformation as a public company is very hard,” Sadoun added.