The restaurant chain was also named 'Advertiser of the Year' 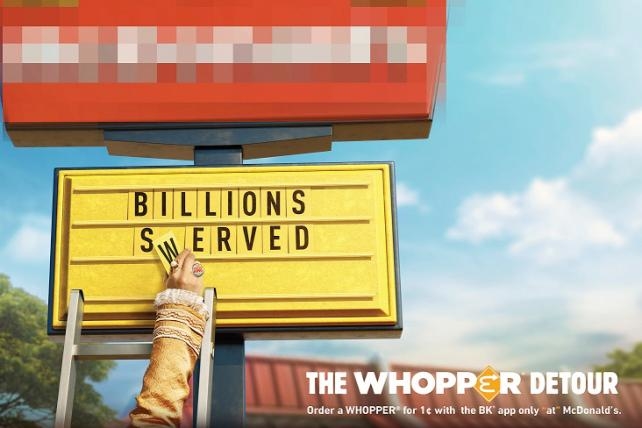 Burger King is offering a Whopper for a penny when ordered on its app near McDonald's
Credit: Burger King

The campaign from FCB New York, which lured McDonald’s customers away with promises of 1-cent Whoppers, helped land the fast-feeder the Advertiser of the Year award as well. McCann New York took Agency of the Year, and BBDO Worldwide took Network of the Year.

Campaigns for The New York Times by Droga5 won the Grand Clio in two categories: “The Truth Is Worth It” in Film and “Read More. Listen More” in Partnerships & Collaborations.

Two Music Grand Clios went to “Share Your Gifts” from Kobalt Music Group for Apple and “The Uncensored Playlist,” the Reporters Without Borders campaign from DDB Group GmbH that relabeled works of journalism in authoritarian regimes.