'Interrogate the Data': CMOs Are Sick of Digital Ad Hype 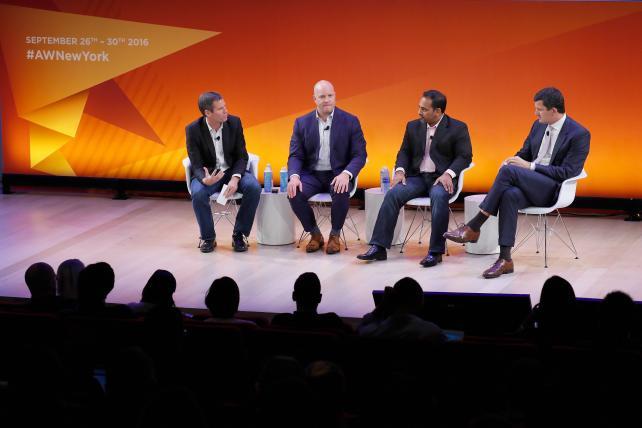 In what could be the line of Advertising Week, Mr. Hasker told a room full of digital marketers: "Let me give you one truth. If you added up the ROI metric that are espoused by many many publishers, many many data providers, the U.S. GDP would double every six months."

Mr. Hasker also was on stage with Facebook's Brad Smallwood, head of measurement. Making the encounter all the more relevant was that Facebook revealed a problem last week with inflated video performance reports. Facebook said it miscalculated the average view time on video ads.

The Advertising Week panel was on breaking down barriers to measurement at a time when the publishers and platforms all have different ways of reporting back to marketers and different standards.

"There's so much BS in the marketplace," Mr. Hasker said, adding that chief marketing officers are getting angrier and angrier with some of the claims out there.

Platforms are often criticized for grading their own ad performance and not giving third parties enough access to their data to measure independently.

Facebook, Google, Snapchat, Twitter, Pinterest and others have been making progress in this area, opening up to measurement providers to give the marketers an impartial view that can look across the landscape.

Of course, Nielsen has its own reasons for espousing the beauties of third-party measurement.

One of the solutions for the digital advertising business would be to become more standardized like television, which is where Nielsen has dominated the ratings industry.

Mr. Smallwood said there is pressure to compete with rivals who count audiences in ways that puff up the numbers, so then other platforms feel compelled to use the same measurement technique.

"One of the challenges that we have is that there's always this temptation," Mr. Smallwood said. "It's a prisoners' dilemma basically. If everybody else is measuring one way and pumping up the numbers and we don't, and they put those numbers side by side, It's a difficult problem."