Lowe SSP3 Is Ad Age's International Agency of the Year

Bogota-Based Shop Is a Catalyst for Positive Change in the Country
READ THIS NEXT
Ad Age A-List & Creativity Awards—what to know before you enter
Next: Steve Stoute is Ad Age's Executive of the Year

In the 17 years that Lowe SSP3 has been around, Colombia has gone from tragic and turbulent to emerging global economic power. Riding at the crest of that tide of change has earned Bogota-based Lowe SSP3 a place in the conversation that's bigger than advertising alone. 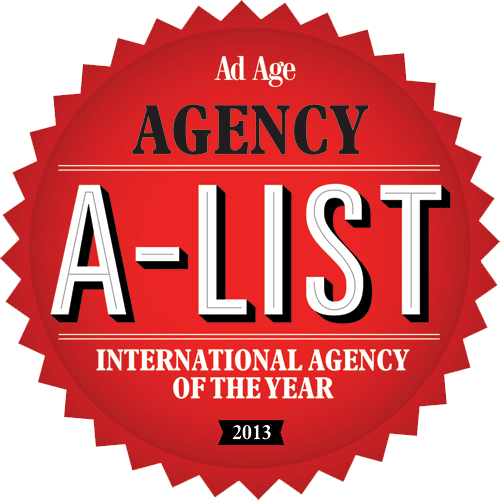 The agency is one of the catalysts bringing positivity to the country, as evidenced by its profoundly touching work with the Ministry of Defense to persuade armed guerrillas in the jungle to stop fighting.

It won big prizes with a Christmas 2011 project called "Rivers of Light," part of an evolving campaign that's been a hit at global awards shows. Extensive research led Lowe to discover that even revolutionaries like to go home at Christmas, and in the jungle, they're more likely to travel by water than land. So the agency floated 7,000 brightly-lit plastic balls filled with messages and small gifts from family and friends down waterways used by insurgents.

Besides getting almost 200 fighters to demobilize, "Rivers of Light" won a Titanium Lion at the Cannes Lions International Festival of Creativity.

Iveth Carmen, communications director for PAHD (Program for Humanitarian Attention to the Demobilized) credits the agency with deep understanding of both the guerrilla fighters' psyche and the government's demobilization objectives. "Lowe even did a focus group with demobilized guerrillas, and then another one later to evaluate the message created for the campaign to see if it would work."

The follow-up for Christmas 2012, "Operation Bethlehem," was based on intelligence that the guerrilla leaders were relocating troops to new areas to make it harder for them to defect in unfamiliar terrain.

So Lowe lit them a path to follow. Powerful beacons were placed in nearby towns to give guerrillas a destination to head toward when they escaped from their camps at night. To signpost the route, glow-in-the-dark billboards hung along the way said, "Guerrilla, follow the light. Demobilize."

The Christmas campaigns' success leaves Colombia with unemployed ex-revolutionaries with meager job skills who need a new chance in life.

Despite all the passion and painstaking effort Lowe SSP3 invests in the guerrilla demobilization effort, it's just a small part of what the nearly 430-person Interpublic Group of Cos. agency does.

In a big new-business push, Lowe SSP3 focused on high-growth categories and picked up clients in mobile, beer, petroleum, tourism, coffee, leisure and autos. To handle all that new business, staff grew 30% to 424 and it created several specialist divisions, including a social-media unit.

Agency A-List 2013
Next: Steve Stoute is Ad Age's Executive of the Year

Agency of the Year