Steve Stoute Is Ad Age's Executive of the Year

Former Music Exec's 'Outsider' Perspective Is Highly Appealing to Clients
READ THIS NEXT
Introducing the winners of the 2022 Ad Age Creativity Awards
Next: Latinworks is Multicultural Agency of the Year

Steve Stoute might never have been in the ad business if it weren't for space aliens.

When he helmed the urban divisions at Sony Music Entertainment and Interscope Geffen A&M Records in the early '90s -- in the days when the music industry was still pumping out a profit -- Mr. Stoute made a name for himself as a record exec, forging tight bonds with hip-hop artists and rappers. Changing careers wasn't a consideration until one day in 1997, shortly after the release of the popular science-fiction-comedy flick "Men in Black." 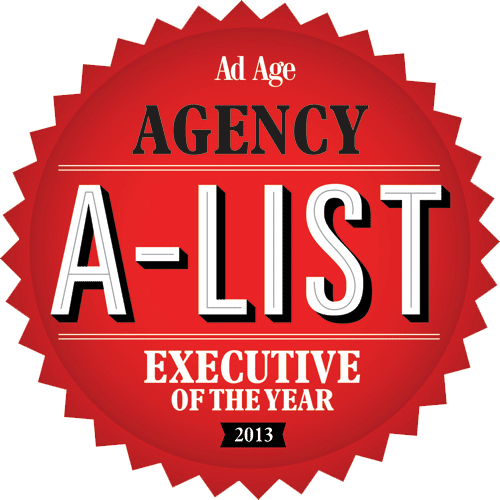 Mr. Stoute observed that the sunglasses worn by Will Smith and Tommy Lee Jones were experiencing a surge in sales after the movie. "Everyone thought it was a coincidence, and I was like, 'This isn't a coincidence,'" said Mr. Stoute. "I just felt like there was an opportunity in the ad business, because clients' ads were isolated from what was truly happening in culture."

That sparked a newfound passion in the ad world for Mr. Stoute. While it was a leap from his entertainment background, the two fields have plenty of similarities when you consider the root of success for both: finding creative ways to penetrate the pop-culture conversation; confidence in your strategic recommendations; and a ton of connections.

Mr. Stoute checks all three of those boxes with ease.

"In the beginning, I thought they were really different," said Mr. Stoute, a Queens native born to Trinidadian immigrants. But the more time he's spent on Madison Avenue, the more he's recognized similarities. "The ad business has some of the great artists, but because there are so many, its hard to determine the true gems. ...But when you find out there is that core group [of talent], it reminds me of the record business."

In his early days dabbling in marketing, he worked with the polarizing Peter Arnell, then at Arnell Group. From there, he set out on his own to launch a multicultural agency called Translation in 2004. Interpublic Group of Cos. bought into the model and backed him until 2011, when Mr. Stoute bought back his shares -- which coincided with a decision to broaden the agency's remit and morph Translation into a general-market agency.

You could say he's the new-school John McGarry; it seems an impossible challenge to find someone in the agency world with a cellphone speed dial as impressive as that of Steve Stoute's. His partner in Translation is the most-famous rapper in the world, Jay-Z; he produced Eminem's debut album; he's the former manager of Mary J. Blige and has worked with Lady Gaga; he was behind the McDonald's "I'm Loving It" campaign with Justin Timberlake; and paired Wrigley with Chris Brown for a "Doublemint" jingle.

It's not unusual to hear a rapper such as Nas or J. Cole drop his name in one of their songs. Mr. Stoute knows a bit about the fabulous life too; when not at a meeting with one of his clients, which include State Farm or Coca-Cola, he can be found out in Brooklyn at a Nets game, jetting to his weekend home in the Bahamas, or getting serenaded with "Happy Birthday" in front of thousands at U.K.'s Glastonbury music festival by Beyonce.

Mr. Stoute's "outsider" perspective -- and his ability to travel in circles that most agency execs aren't invited into -- is highly appealing to many clients.

"The fact that he, from a career standpoint, came up outside of the ad business, I think he tends to think [about marketing problems] differently," said Paul Chibe, VP-U.S. marketing at A-B InBev. "A lot of the traditional framework of having come up in a big network shop -- he's not encumbered by that. It permits some very creative ideas to come from him and his agency, because they're not necessarily thinking about it in a way that a big shop would be thinking about it."

Translation was behind the idea to launch Budweiser's Made in America music festival. Held last summer in Philadelphia, the event is a physical manifestation of Mr. Stoute's philosophy that brands must be able to speak in one voice to younger, multicultural demographics.

His philosophy on marketing and culture was laid out in his 2011 book, "The Tanning of America: How Hip-Hop Created a Culture That Rewrote the Rules of the New Economy," which essentially details how urban and hip-hop culture became mainstream culture, defining how millennials view the world. To use his own words, no longer does your ethnicity predetermine your cultural values. In other words, multiple cultures are the new general market.

The book has helped him define a personal brand in the marketing world, while the strategy has helped win accounts. In 2012, the agency grew its revenue 60% and increased its head count from 70 to more than 120 employees in New York and Chicago, with work from clients like McDonald's State Farm and A-B InBev getting general-market play. Picking up the Bud Light creative account, which was at McGarryBowen, shows that big marketers increasingly have faith in Mr. Stoute and his agency.

He's shown he can earn their trust, but now the challenge for Mr. Stoute is proving Translation is capable of producing work that's just as good as that of great creative agencies like Wieden & Kennedy, BBDO or CP&B.

"Entertainment is so sexy that people only pay attention to that," said Mr. Stoute. "But I think our strategy department is the best in the industry. The thinking in our agency never gets the credit it deserves because we have a celebrity. We are first and foremost a strategic and creative shop. And second, we have a Rolodex in entertainment and sports that's unique in the industry."

As the founder of Translation, Mr. Stoute is tied up in the identity of the agency, but he's spending more time recruiting talent, such as Chief Creative Officer Chris Cereda and Chief Strategy Officer John Greene. Still, he appears to have no intention of leaving anytime soon.

"I do think the business can run without me, but I don't even spend time on that thought because I'm running the business. But we have a talented group of execs that makes me look good."

Agency A-List 2013
Next: Latinworks is Multicultural Agency of the Year

Agency of the Year

Introducing the winners of the 2022 Ad Age Creativity Awards

The year's best advertising ideas—chosen by the industry's top execs

The agency talents shaping the industry and ensuring its bright future

The creative marketers, companies and brand ideas that defined the year