BBDO New York Is Creativity's Agency of the Year

Ideas Yielded Most Innovative, Entertaining, Daring Oeuvre From Any One Agency in Last 12 Months
READ THIS NEXT
Enter Ad Age's A-List & Creativity Awards before the pricing goes up 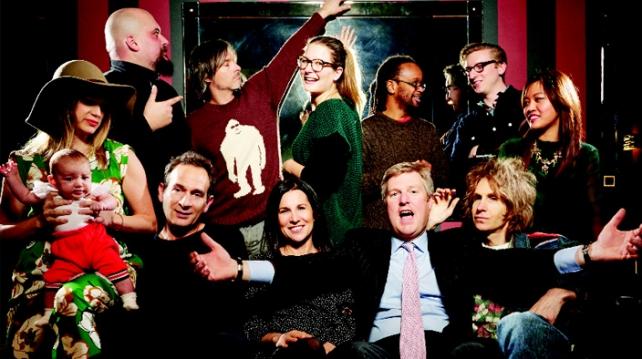 BBDO New York puts to rest the question of whether a big shop can do game-changing creative.

At one time, BBDO New York was the biggest thing in TV advertising, ruled by the mantra of its late great Chairman Phil Dusenberry: "The work, the work, the work." Those words remain the agency's mission statement today, yet "the work" has come to represent so much more.

Last year the work evolved to mean six-second homemaking tips; a Werner Herzog documentary; a robot rock concert; a hot-potato food truck; a peace treaty between pugilist enemies; and a wheelchair basketball game. Together, these ideas yielded the most innovative, entertaining and daring oeuvre from any one agency in the last 12 months, earning BBDO New York the title of Creativity Agency of the Year.

The shedding of its reputation as a great broadcast shop has been a decade in the making. In 2004, former Fallon Chief Creative Officer David Lubars took over as global chief creative officer. He brought a legacy of changing the ad status quo (the oft-copied BMW Films series). Since then, he and his team have delivered outstanding, unconventional campaigns such as HBO's "Voyeur," an outdoor and online experience that gave viewers a "Rear Window"-style peek into characters' lives. Another was a broadcast feast of Olympic proportions for AT&T during the last summer games that tailored ads in real-time to acknowledge victories that happened just seconds before on screen.

Mr. Lubars has aimed to create what he calls a "global boutique." That means bringing in talents "who learned how to do things in a guerrilla way, do things nimbly, but had a desire to play on a big stage where the stakes are really high," he said.

Among one of his earliest big hires was former Fallon colleague Greg Hahn, the exec creative director he appointed New York chief creative officer in October. Mr. Hahn's goal is to standardize that boutique approach across all teams and clients. "I want that to be the method everyone adopts, and not just on certain projects."

Lowe's "Fix in Six" campaign was hands down the year's best branded use of Vine, and notably, it came not from a social media or digital agency, but from BBDO. The impeccably executed, useful (and fun) films gave viewers great homemaking tips and intelligently leveraged the medium. Instrumental to that campaign were not just the creatives, but the production team under the leadership of Head of Integrated Production Dave Rolfe, who was recruited from CP&B.

The agency also continued to deliver on its "Brilliant Machines" campaign for GE with a celebrity-driven "Star Trek"-theme ad, and a live robot rock concert in New York's Union Square to demonstrate how its Queens power plant could enable amazing things. BBDO dreamed up a food truck for The Economist that dished out real hot potatoes along with "hot-potato" news items.

As for straight-up TV spots, BBDO still brought its A game.

It produced more hilarious ads for M&M's and FedEx and made pop-culture stars out of Foot Locker and Guinness. The agency added another winner to the beer brand's venerable ad history with a moving spot featuring a pickup basketball game among men in wheelchairs. It ultimately demonstrated the power of friendship when in the end all but one of the players leaps from the mobile seats.

And then there's the popular AT&T campaign featuring chatty-kids. But it has earned more serious buzz with the "One Second to the Next" documentary, an unadulterated look at the hazards of texting and driving, directed by acclaimed filmmaker Werner Herzog. That AT&T campaign's success wasn't just creatively driven. Mr. Rolfe said that junior producer George Sholley (who is now no longer a junior producer) spawned the idea to bring in Mr. Herzog. Close involvement of the strategy and user-experience teams from the get-go ensured that the campaign got social and media traction.

Considering it was dealt a big punch in the gut with the loss of a $45 million client, Procter & Gamble's Gillette, ending a more than 80-year relationship. The agency quickly went on to pick up new clients, including Viagra and Bud Light. For the latter, it's created a series of celebrity-studded teasers starring Don Cheadle, Reggie Watts and Arnold Schwarzenegger (playing ping pong and donning a page boy) in a in the run-up to the Super Bowl. "The difference is resilience," said Mr. Hahn. "Some agencies would get knocked out, and others use it as energy to move someplace else." Which, as the work shows, BBDO certainly did.