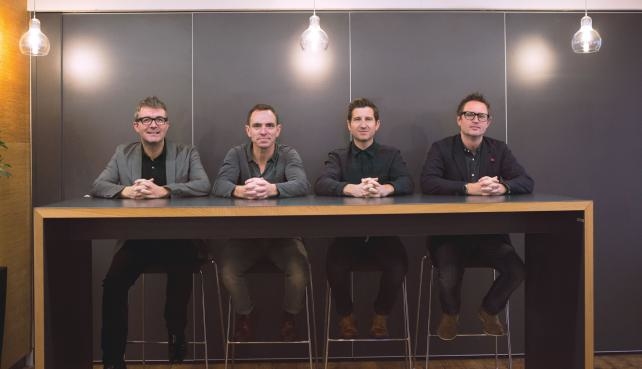 Adam & Eve/DDB could hold a mini-Cannes Lions festival all by itself. Rarely does a single shop churn out work that earns 22 Cannes Lions for half a dozen marketers. Yet that's exactly what this buzzed-about agency did in 2014. What's even more impressive is that the work didn't just dazzle awards judges, it sold product and reeled in new business.

The outcome was nearly unthinkable in mid-2012, when Adam & Eve's founding partners sold the four-year-old hot shop to Omnicom Group and merged with DDB's much bigger London office. The speed with which James Murphy, Ben Priest, Jon Forsyth and David Golding transformed what was a tired, lackluster agency into a forward-looking beacon for the global ad industry is remarkable.

The key, according to Mr. Murphy, a co-founder and CEO, is hanging on to a small-agency mentality. "Too many big agencies appear to believe they work in a very different industry than small startups and challenger agencies," he said. "We are in the same industry, and you have to maintain the appetite for the fight and the healthy paranoia of the startup--otherwise they are going to have your lunch."

Perhaps its best-known work is for quintessentially British department stores John Lewis and Harvey Nichols, but the agency's reputation is growing internationally. (If it seems strange that two big department store brands coexist at one agency, that's part of the magic of Adam & Eve/DDB).

In partnership with David Beckham, its team launched Haig Club whisky, which focused first on Southeast Asia and Brazil. The shop created a new global "Be More Tea" campaign for Lipton Tea. Its work for Maille and Sony ran across Europe, and its pet-care effort for Mars ran in the U.S. Its win for Unilever's Wall's ice cream was global.

The juggernaut was the breezy "Sorry, I Spent It on Myself" holiday campaign for Harvey Nichols that scooped up four Grand Prix awards at Cannes. The agency designed an actual range of ludicrous "ultra-low net worth" presents, encouraging shoppers at the upscale store to gift a plastic doorstop, a couple rubber bands or even a bunch of gravel in order to splurge shamelessly on presents for themselves.

In the U.K., people eagerly await the annual Christmas campaign for retailer John Lewis. In November 2014, Adam & Eve/DDB launched "Monty's Christmas," focusing on the magic of Christmas seen through the eyes of a little boy who loves his (CGI-created) penguin friend, Monty, whose own dream is realized with the gift of another penguin, Mabel. The two-minute blockbuster TV commercial was followed by an in-store space called Monty's Den. Using a technology partnership with Samsung, the den included "Monty's Magical Toy Machine," which allowed children to bring their favorite toys to life with Microsoft technology. A range of Monty and Mabel merchandise sold out quickly.

"The team at Adam & Eve/DDB ... offer the perfect combination of strategic thinking, creative challenge and focus on delivering results," Craig Inglis, director, marketing at John Lewis said in an e-mail. "Their contribution to our business extends way beyond advertising."

In "Google Front Row," the agency partnered with Google to help Manchester United's vast soccer fan base engage with the team. The stadium's digital boards around the perimeter of the field were transformed into a virtual front row, so fans from around the world using Google+ Hangout appeared to be in the stadium cheering wildly for their team.

Headcount grew even faster than revenue, up 33% to nearly 300 staffers. "It's the 'speculate to accumulate, build it and they will come' approach," Mr. Murphy said. Adam & Eve/DDB also spawned Cain & Abel, a content division that after only one year counts nine clients and 25 people. A new tier of management allows Adam & Eve's founders keep doing what they do best.

"The key is to remain practitioners and not morph into managers," said Mr. Murphy. "By creating the next generation of management, we've allowed ourselves to remain on client business, doing the things we enjoy and where we make the most difference. We are allocated across clients, which keeps the proprietorial culture in the agency."

How do the four partners manage their own relationship? "There's a high level of brutal candor," Mr. Murphy admitted. "We are all honest with each other and we are all able to argue without properly falling out. We don't need to find each other to double-check everything; we've worked together so long that we know what the others might think."