Alma Is Ad Age's 2015 Multicultural Agency of the Year 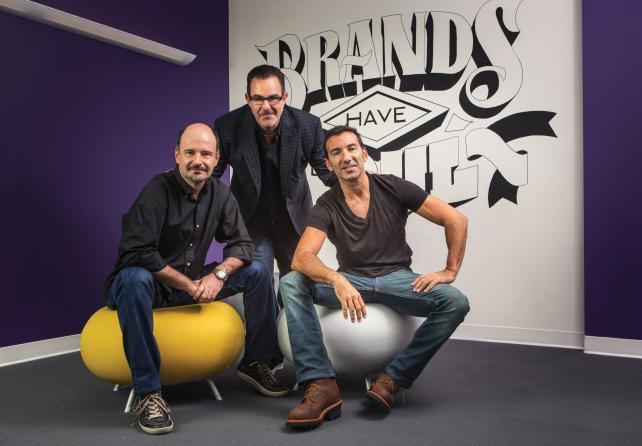 In a 2014 partnership with incubator Rokk3r Labs, Alma hears and dissects presentations from three or four market-ready young companies.

"We like to have the first opportunity to see companies that may help our clients," said Isaac Mizrahi, Alma's senior VP-managing director. He attends each quarterly session along with three Alma staffers who are creative, planning and digital experts. "And there's a one-in-a-million chance they're the next Twitter and we're already strategic partners."

The Miami-based Omnicom Group agency likes to be where technology and creativity converge. For the first time in 2014, Alma did some form of digital work with every client, and digital grew to 28% of revenue.

It's a smart move for the world of multicultural marketing, where often-fickle clients ramp up spending and then slash budgets while flitting between specialist agencies and general-market shops for their ethnic work.

Alma's loyal cadre of clients stands out. After 20 years, the agency still wows its biggest client, McDonald's, with heartwarming creative and multicultural insights. One of the rare companies with an unwavering commitment to marketing to Latinos, McDonald's is among the top five marketers that consistently spend more than $100 million a year on Hispanic advertising.

McDonald's CMO Deborah Wahl lauded Alma's humorous "First Customer" spot about a Hispanic teen's first day on the job, waiting on his own proud parents. "It was so perfect and relatable," Ms. Wahl said. "It was our highest-scoring multicultural ad for the year. We aired it during the Academy Awards, a tentpole for us for impactful creative messages."

Alma was also "instrumental" during the World Cup, she said. McDonald's is a sponsor, and for the first time expanded its World Cup marketing beyond Hispanics to include general-market customers. "House Divided" played on a family whose father is a fan of Mexico's team while his son roots for the U.S.

"Alma led with insight that was then adapted by our other agencies," she said. "[Alma] made it all about family interaction."

She cited another idea Alma brought to McDonald's -- HACER, a program offering scholarships of $100,000 each for four Hispanic students. "We feel an idea like that is a key component of who we are."

Alma used the World Cup to reach out to potential State Farm customers with the message that they could enjoy the soccer tournament #worryfree. Ads showed a series of disasters in which families go wild celebrating their soccer teams and wreak havoc by accidentally shattering windows or punching holes in walls, all covered by insurance. Online searches for insurance agents rose sharply; insurance quotes went up by 79%; and State Farm became a social-media destination as fans were invited to submit videos sharing their soccer celebrations to the #worryfree campaign. Twitter followers more than tripled.

"We were surprised by how fast we were able to grow on Twitter without buying media [on Twitter], just from content," said Luis Miguel Messianu, Alma's president-chief creative officer.

Looking ahead, the agency is urging State Farm, another long-time Alma client among the top 10 Hispanic marketers, to be ready as Hispanics become increasingly sophisticated consumers of financial services. The education gap between Hispanics and the general market is narrowing, causing incomes to rise. And Alma sees potential in the millions of until-now undocumented Hispanics who can benefit from President Barack Obama's executive order protecting them from deportation.
"Imagine for a client like State Farm, all the people who are going to have [drivers licenses and] cars," Mr. Messianu said. 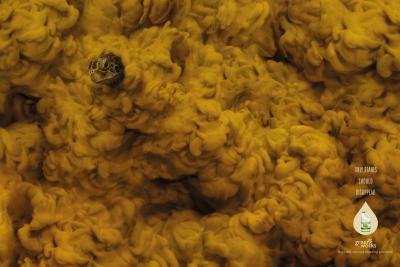 For Clorox Green, Alma did striking print ads showing just the heads of ocean-loving creatures like dolphins and turtles poking out from a mass of marine pollution caused by non-biodegradable cleaning products.

Alma's new projects in 2014 included clients who reached out without a pitch, including Kraft Foods, Revlon, Cablevision and Wrigley's Juicy Fruit gum. And an old client, Anheuser-Busch, returned in a competitive pitch after an eight-year absence, awarding Alma total market assignments, not just Hispanic, for regional brands Beck's and Cerveza Presidente.