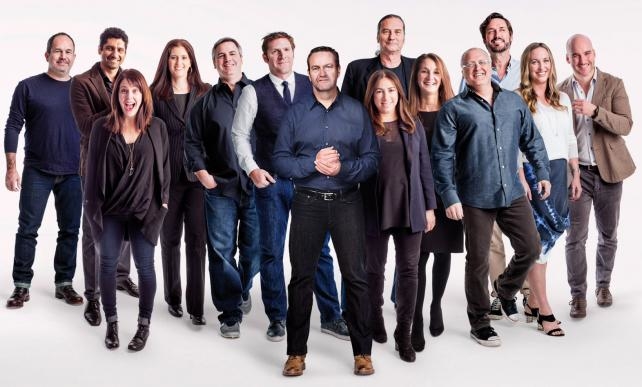 Deutsch made a huge splash with the work it did for Volkswagen on advertising's biggest stage: the Super Bowl. But the bigger compliment may have come in 2014, when the automaker asked Deutsch to improve its website to better match prospective buyers to actual cars in their vicinity.

Less glamorous? Maybe. But a growing number of assignments like that are evidence that Deutsch, once a small traditional agency in the Interpublic network, is transforming into a digital force that's grabbing work that would otherwise go to an R/GA or AKQA.

And it's not just dumb luck. The agency's success can be attributed to a combination of aggressive new-business strategy; building an integrated digital offering that most traditional shops don't yet have; hiring senior executives long before there's an account for them; and producing work for clients that goes beyond the scope of the assignment, said Deutsch LA CEO Michael Sheldon.

Consider Taco Bell. Only a couple of years ago, Deutsch was wiggling its way on to the Taco Bell roster, handling a TV spot here and there. Today, it's lead agency for the fast feeder's creative and digital business. It handled the chain's massive breakfast launch with attention-getting spots that featured real people named Ronald McDonald who were fans of Taco Bell's breakfast. U.S. sales jumped 2% for the quarter in which the menu launched -- a time when its biggest breakfast rival, McDonald's, posted sagging results. Parent Yum Brands was so impressed that Taco Bell's sibling Pizza Hut tapped Deutsch in July to launch the brand's biggest menu overhaul ever.

"The big challenge was how to break through," said Taco Bell Chief Marketing Officer Chris Brandt. "We needed to reinforce that this was the next generation of breakfast," he said. "There's no question it got us into the conversation."

The agency is now clocking its 10th straight year of high single-digit or low double-digit revenue growth -- what Mr. Sheldon called Deutsch's best year yet. In 2014, the shop won 14 pieces of new business, including Sprint, Pizza Hut, Sherwin-Williams, Mophie and Jägermeister. Only one client, Go Daddy, left. Revenue for 2014 is up 6%, not including revenue from the Sprint win. Between its New York and Los Angeles offices, the shop employs 890 people.

The agency's Los Angeles office has quadrupled revenue since 2005 and has made digital a top priority. Since 2011, when chief digital officer Winston Binch joined from CP&B, the shop has grown to 200 digital employees.

The headcount will continue to increase. After Sprint, the shop is adding another 120 people. And it's not stopping there: Deutsch is expanding its capabilities with a robust production and post-production offering. That's on top of a music practice that aims to connect brands and bands at the beginning of the creative process to produce the best results for both.

Mr. Sheldon said one of the shop's keys to success is to hire talent before there's necessarily an account to put them on. Sometimes, he said, Deutsch will recruit senior execs even before a pitch, which allows them to jump in on the process from the start and see it through. "Sometimes agencies put their A-team on a client for the pitch, then after it's won, they bring in the B-team. Clients don't want that -- they want the team they met during the pitch," said Mr. Sheldon.

As a testament to the success of the Los Angeles office, its senior leaders, including chief creative Pete Favat, Mr. Binch and Mr. Sheldon were elevated in January to North American roles.