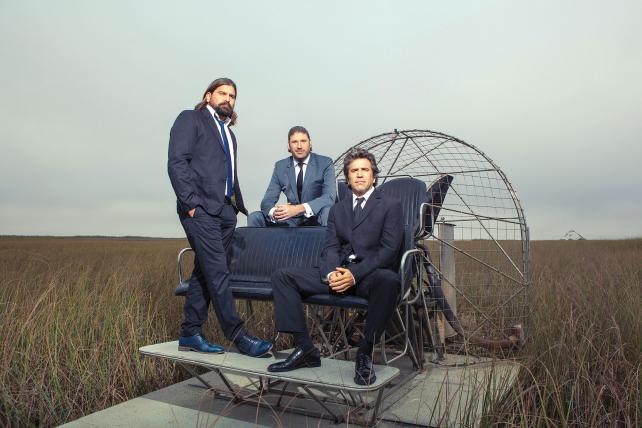 If there's one way to summarize why La Comunidad is on this list, it's this: The agency is scrapping its name.

Founded 14 years ago as a multicultural specialist by Argentine brothers José and Joaquín Mollá, the shop is swapping La Comunidad for The Community early this year. It's a shocking but prescient move that speaks volumes about the agency's ability to understand and adapt to the evolving industry landscape.

"It's a reflection of what's happening culturally in this country," said José Mollá, co-founder and chief creative officer. "We felt that being called La Comunidad reinforces a division that no longer exists. Language and ethnicity implied a separation that is less culturally relevant every day. In the same way that we're in a post-digital era, where the division between a digital agency and a traditional agency makes less sense, because that's not how people live their lives. We believe that culturally, we're still going through a similar process. And it's having a really interesting effect on American culture."

La Comunidad has always been an agency with few boundaries, bouncing back and forth between work for the multicultural market, Latin America and, increasingly, the U.S. general market. (Mr. Mollá himself is so much a part of the U.S. and international creative community that he was named chairman of the One Club in June -- and, in fact, plays a talking pencil in the current call-for-entries campaign for the One Club's annual festival, the One Show.)

In 2014, revenue grew 19%, and headcount was also up 19% to 130 staffers, who sometimes brainstorm by the pool at the agency's Miami headquarters. La Comunidad worked with Google on its first major Hispanic initiative, developing a new domain for the U.S. Hispanic market, using .soy (Spanish for "I am") in place of .com. (Check out Holagoogle.soy.)

In fact, almost half of La Comunidad's new revenue last year came from digital, and the shop did social and digital work for 84% of its clients, up from just 16% a year earlier. That's partly thanks to support from SapientNitro, which acquired La Comunidad in January 2014.

Among its successes during the year was Modelo Especial, which overtook Heineken as the No. 2 imported beer in the U.S. by revenue and volume. (The No. 1 import, Corona, is also at La Comunidad.)

"Each year the campaign gets better and more relevant and tests better and better," said Jim Sabia, CMO of Constellation Brands, which owns Corona and Modelo. He also values the founders' hands-on approach. "José and Joaquín Mollá are the creatives who work on our business."

For Converse, the agency wins praise from the company's global headquarters in Boston for creative initiatives pairing the brand with art and local culture in Latin America. In Sao Paulo, where a ban on outdoor advertising has made that giant city even more colorless, La Comunidad and Converse rallied Paulistas, as residents are called, to "Fight the Gray" by donating (outlines of) their shadows, which street artists turned into colorful pieces of graffiti-like art that were plastered across Sao Paulo and spread on Twitter and Instagram.

La Comunidad enjoys a well-deserved reputation for fun. Picture the 2014 holiday party, which began at a mermaid bar in Fort Lauderdale, Fla., and ended on a disco pirate ship in Miami's bay.

And the agency responded to persistent questions about why and for how much the brothers sold the agency with a hilarious two-minute video in February in which José and Joaquín give sensible reasons, such as "our commitment to digital and emerging technologies," against the backdrop of their new lifestyle including a lavish yacht called Jose's, a helicopter, private airplane, vintage car, mansion and even new gold teeth.

After the Sapient linkup, La Comunidad deliberately focused on growing its existing business by integrating social and digital capabilities -- even hiring Sapient's global director of social, Nathaniel Perez -- rather than seeking new clients from the agency, said Managing Director Luis Montero. "We said, 'Let's keep the faucet closed so we're not overwhelmed.'"

Toward the end of 2014, the time came to open the faucet, with more meetings and capability presentations with Sapient leadership to prepare for future clients. This year, as The Community, it plans to deliver "culturally driven ideas for visionary brands," Mr. Mollá said.

Existing clients, however, know the shop is about much more than multicultural, no matter what it is called. "La Comunidad has the best understanding of the [multicultural] demographic we're targeting, excellent creative for the total market and an ability to manage digital and social channels," said Beam Suntory's Mr. Fix. "It's all best of breed."