Shop's Work Did Not Merely Reflect Popular Culture; It Steered It
READ THIS NEXT
Enter Ad Age's A-List & Creativity Awards before the pricing goes up 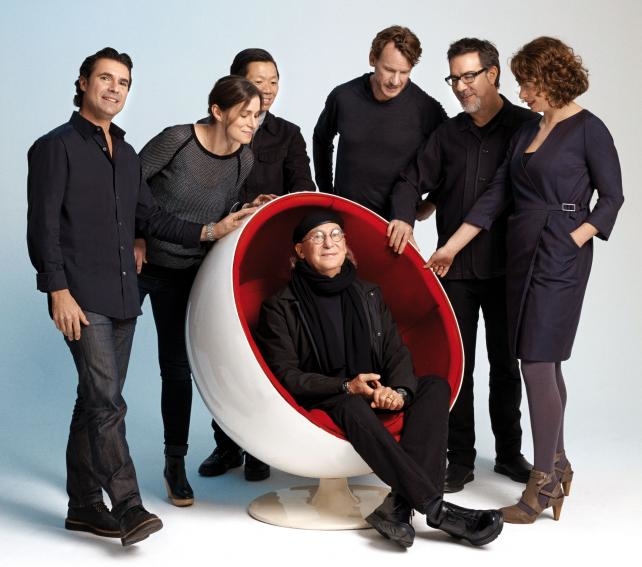 "Last year was the most difficult of all the years in my career."

Difficult, perhaps, but also rewarding for R/GA Chairman-CEO Bob Greenberg, who co-founded his agency 38 years ago. During 2014, the shop launched several sweeping campaigns; made notable hires; restructured its business; and began construction on a new headquarters. Revenue grew 12% as R/GA added several marquee brands to its roster while also onboarding additional business from hefty clients like Samsung. It did all of this without losing a major client.

More critically, R/GA cemented its reputation for melding technology and creativity. The work did not merely reflect popular culture; it steered it.

All that makes R/GA Ad Age's Agency of the Year.

If you combed the floors of this year's Consumer Electronics Show, R/GA's imprint stood behind each fashionable category: wearables and the Internet of Things (the agency worked with Google and Samsung); 3-D printing (Makerbot, a leading manufacturer, signed on with the shop in 2014); and the on-demand economy (Airbnb did, too).

But R/GA truly reigned in another hot tech sector. At the beginning of 2014, R/GA and its client Beats by Dre were preparing a presentation, for Cannes, on building a billion-dollar brand. By May, Apple had agreed to pay $3 billion for it.

R/GA executives credit their success to flipping the customary model on its head. "Traditional agencies go from TV to perhaps internet, mobile and social," said Mr. Greenberg. "We're going the opposite way."

Agencies falter with the top-down approach of taking the TV model to digital, said Nick Law, global chief creative officer. "We start with, 'How is the world receiving stuff? What is the culture of the internet right now? And how do we fit in?'"

Once pigeonholed as a digital shop, the agency is now expanding aggressively into broadcast. In December, it won the creative account for E-Trade. That same month, it opened up a "content studio" for immersive production work.

Following the Apple acquisition of Beats, R/GA formed a conflict shop in Los Angeles. The fact that R/GA has continued to work with Beats and also Apple's two nemeses -- Samsung and Google -- is testament to its ability to manage a firewall.

"We're literally building a point of view together. We don't work as a traditional agency and client," said Omar Johnson, the CMO of Beats Electronics. "The best idea wins, whether it's from R/GA or us." Currently, R/GA is working on a new digital platform for Beats Electronics -- "the site of the future," Mr. Johnson added -- which will launch soon.

Mr. Johnson is among a group of Nike marketing veterans, including Todd Pendleton, CMO of Samsung America, who turned to R/GA in their next jobs. Nike is a longtime client of the shop. "They're all risk-takers," Mr. Law said of the CMOs the agency works with regularly.

R/GA holds regular "white space" reviews -- staff-wide brainstorming sessions meant to spur ideas outside of briefs. In one, a staffer pitched using Google Cardboard, a virtual-reality kit, to promote Volvo's XC90 truck. R/GA brought the idea to Volvo. The automaker ran with it at the Los Angeles Auto Show in November.

Early interest in the XC90 is up 50% from the prior year, said Anders Tylman-Mikiewicz, Volvo's general manager-monitoring and concept center. "They understand the brand," he said of R/GA. "We work closer with them than we typically would with an ad agency."

As R/GA migrated into broadcast in 2014, Mr. Greenberg marshaled advances in other directions. Its accelerator for connected-device startups, launched with Techstars in 2013, expanded. By the end of 2015, R/GA expects to have an equity stake in 70 companies.

Its consulting arm, called "business transformation," grew in its second year. The unit now accounts for 10% of the agency's revenue, and R/GA hopes it can eventually account for one-third of revenue. "Pure consultancy doesn't work in this world," said Barry Wacksman, global chief growth officer, pointing to Samsung, one of the agency's larger clients, which is looking to form its connected-device strategy. "Are Bain and McKinsey going to help them figure this out?"

Mr. Greenberg's vision is to consolidate under one roof R/GA's consulting unit with its core communications and products work for clients.

He will have a new roof, too. Later this year, R/GA plans to move its New York headquarters to a 175,000-square-foot space in the city's Hudson Yards development. Designed by acclaimed architect Norman Foster, the office will allow the shop's 750 employees to communicate easily with colleagues and clients in its 15 offices globally, Mr. Greenberg said.

It's also a hedge against bigger competition. R/GA executives said they have managed to retain technology talent but admitted pressure is growing. This year Samsung is expanding its New York offices nearby; so are Google and Facebook. The agency's new space is meant keep people there. It will be "the coolest place in the city," Mr. Greenberg said.

Reflecting on 2014, he repeated his axiom. "It was the hardest year," he said. "Except for next year."