The Shops That Were Just Shy of Making the List, but Still Deserve Kudos for Their Accomplishments
READ THIS NEXT
Ad Age's Creativity Awards go virtual with 'The Future of Creativity' weeklong event
Coca-Cola Freestyle machine
Credit:

It's hard to ignore this Dentsu agency. The shop, which was on Ad Age 's A-List for 2010, said that its annual revenue in 2011 grew 40% from $75 million the year prior, thanks to big wins as digital agency of record for JC Penney, Smirnoff vodka and Guinness beer. It has continued to expand its relationship with Kraft Foods and Coca-Cola , most recently taking on duties for the latter's new Freestyle soda fountain. 360i is also carving out a niche for a new area of expertise, "social-media listening," whereby it keeps track of the sentiment of online communities for marketers. The agency leads the way in industry insight, producing a dizzying array of position papers on of -the-moment topics from social commerce and location-based service to text messaging and digital coupons. Those capabilities may explain why retention of accounts is so high; 360i kept 95% of its clients last year.

Last year was something of a transformation for Translation, the agency formed by marketing mogul and hip-hop scenester Steve Stoute that includes Jay -Z as a partner. Translation negotiated a buyback from parent Interpublic Group of Cos., which bought a majority stake of the agency in October 2007. It's part of an effort to move away from its multicultural-agency image and compete against bigger, general-market firms, and already the firm is showing it can win. In 2011 it grew revenue an impressive 60% and doubled headcount from 35 to 70. Major marketers such as Coca-Cola Co.and Nokia are calling upon the shop, with Anheuser Busch-InBev even tasking the agency to handle a Super Bowl spot for Bud Light Platinum. It also continued to grow existing relationships with State Farm, McDonald's and Target , and brought in new talent including Leann Leahy as president and John Greene as chief strategy officer. If it can find a hot new creative leader, the shop will really take it to the next level.

It's hard to argue that the agency that created the world's most-liked ad in 2011 deserves a shout-out. "The Force," the Star Wars-themed Super Bowl spot created by Deutsch's Los Angeles office, won consumers' hearts for its lovely storytelling, and it also won a lot of love for Deutsch client Volkswagen. The brand's on a roll, and that 's been a boon to the agency, which also handles work for HTC phones and Dr Pepper. The L.A. office has not skipped a beat despite the loss of former top creative Eric Hirshberg, who went to Activision to become its CEO and took with him Deutsch's VW client, Tim Ellis. The relationship between the carmarker and the agency remains strong. The New York office has gotten a boost too, thanks to its hugely expanded partnership with Microsoft, which last year shifted its entire Office account to Deutsch from WPP's JWT, New York. 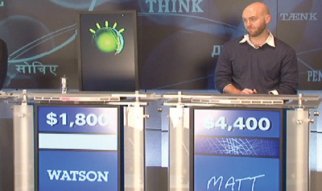 WPP's Ogilvy was named an agency to watch on our last A-List, and in 2011 it proved why it was worthy. Under a new gang of senior execs -- including Chief Creative Officer Steve Simpson, Chief Digital Officer Brandon Berger and Global Chief Marketing Officer Lauren Crampsie -- the agency was awarded big accounts. For SC Johnson, it won a slew of consumer brands and promotional and shopper-marketing duties. It won Philips' creative globally, pitched largely out of New York. But by building practices such as Ogilvy Earth, Ogilvy Culture and most recently, Ogilvy Youth, the agency is focused on diversifying revenue beyond new business. It's staying ahead of the curve too, with projects such as a program that helps young start-up ventures in need of marketing support. One of its biggest successes was for longtime client, IBM, for which it branded the supercomputer Watson and had him compete against human contestants on "Jeopardy." Viewership went through the roof and the earned media was massive, garnering over 10,000 media stories around the world. The project won Gold and Silver trophies at the Cannes Lions festival.

This San Francisco-based outfit is probably the best example of a shop that has figured out how to get Silicon Valley to admit that it can use Madison Avenue's help. Omnicom Group's EVB, led by founder-CEO Daniel Stein, has signed a multiyear deal to continue work on Facebook Studio. Mr. Stein will manage the social network's online community for agencies and marketers that showcases effective marketing. For Zynga, EVB created a campaign including billboards, videos and in-game ads for Lady Gaga's Farmville integration, GagaVille, a key element in the distribution of her new album "Born this Way." Firefox and Google are also among the agency's list of internet powerhouse clients. Outside of the tech set, EVB picked up clients including Jameson Irish Whiskey and Clorox brands Liquid-Plumr, Tilex and Glad. For its longtime client Wrigley, the agency's work for Skittles, Altoids, Orbit and Juicy Fruit continues to delight. Who could forget that singing unicorn?

Saatchi & Saatchi's U.S. Hispanic agency Conill, last year's Multicultural Agency of the Year, continued its winning streak with 20% revenue growth and an ambitious new challenge: derive 30% of its business from non-Spanish-language work within three years. To that end, Conill hired Brett Dennis, Microsoft's global media director, for the new role of chief media communications officer. Conill is already a standout in the Hispanic market for creative, nontraditional media use. To tackle T-Mobile's need to sell more family plans, the agency turned the insight that people gossip about telenovelas over the phone into an integration that bookended a popular novela with spots featuring a woman describing the opening and closing scenes of the night's episode to her niece. The spot makes it seem that they were on the phone during the entire show, discussing it. Family plan sales went up 6%. And in 2011, 23% of Conill's revenue was from digital work.

My, has Mullen come a long way. What was once merely a reliable regional shop is now attracting the hottest digital brands around -- including Google and LivingSocial -- and gets entrusted with international campaigns despite the fact it doesn't have any offices abroad. In 2011, Mullen found 20% revenue growth while having a lot of fun with its work. For Zappos, it executed a zany homepage takeover on Yahoo's website so viewers saw a scantily clad man running across the screen. The point was to demonstrate that Zappos is about a lot more than shoes. To get the word out that JetBlue lets passengers' first bag fly free, it set up an exhibit of celebrity luggage in Los Angeles that also raised $50,000 for DoSomething.org. Its biggest project was leading the international brand launch for Google's Galaxy Nexus phone, for which Mullen's creative is running across four continents. The agency is charting the course for the next generation of leadership, making Alex Leikikh president in its Boston office as Joe Grimaldi moved to Chairman-CEO.

It's been a booming new-business year for Publicis' Starcom, as the firm continues to embrace the paid, owned and earned trifecta. Contributing to its 14% growth in revenue, the firm won A-B InBev, Burger King, Novartis and a portion of the billion-dollar-in-billings Microsoft account. It also brought in smaller pieces of business such as Universal Parks and Groupon. The firm's talent undoubtedly played a role in bringing Sprint's media business into Publicis' new Team Sprint shop. But beyond new business are non-traditional media initiatives, such as those involving the creation of Sprint webisodes and the post-Super Bowl Chevy spot featuring the "Glee" cast. This kind of work contributed to digital revenue, which accounted for 38% of annual revenue. Also, social and mobile revenue increased 64% over 2010; and revenue from the data and analytics practice grew 59%. This growth mirrors a hiring strategy that places bets on non-media talent, including Leo Burnett's Jonathan Hoffman, who joined in a newly created role of chief experience officer, and Chad Maxwell, a trained anthropologist, who came on as a research intelligence director.

The New York-based agency founded by Richard Kirshenbaum and Jon Bond has changed a lot since its heyday, with the most obvious difference being the absence of both founders. In their place, however, is a capable new team under CEO Lori Senecal that hit its stride in 2011, when BMW North America handed KBS&P lead creative for the BMW brand, then returned with creative duties for Rolls Royce. One of the advantages of KBS&P is that through units such as the Media Kitchen and PR firm Kwittken & Co., it can handle a variety of disciplines under one roof. So when News Corp's iPad pub The Daily went looking for an agency, it tapped KBS&P to handle media-buying and digital marketing in addition to creative. Svedka vodka has turned to the shop for social media. The agency is also finding revenue streams through its Spies & Assassins technology practice, a content-strategy unit and its ventures unit. But the one claim to fame no other agency can make is that it was hired by Justin Bieber. The agency launched the teen heartthrob's "Someday" fragrance, making it the No. 1 selling fragrance launch in Macy's history.

This Kansas City-based shop is now WPP's largest digital-only agency and one of few that skirted a roll-up of digital assets that last year created a new unit at the holding company dubbed Possible Worldwide. Though it's based in the Midwest, its ambitions are broader. VML spent 2011 growing its global footprint with new outfits in Brazil and the Czech Republic, and also completed an acquisition in Singapore. The 19-year-old agency appointed its second-ever CEO this year, Jon Cook, and picked up new accounts including two A-B InBev brands, Becks and Stella Artois; Kellogg's Kashi; the United States Olympic Committee; and U.S. Bank. It also exhibited a new range to its work, from developing the check-in app for Southwest Airlines to a campaign helping Gatorade launch its FIT drink.