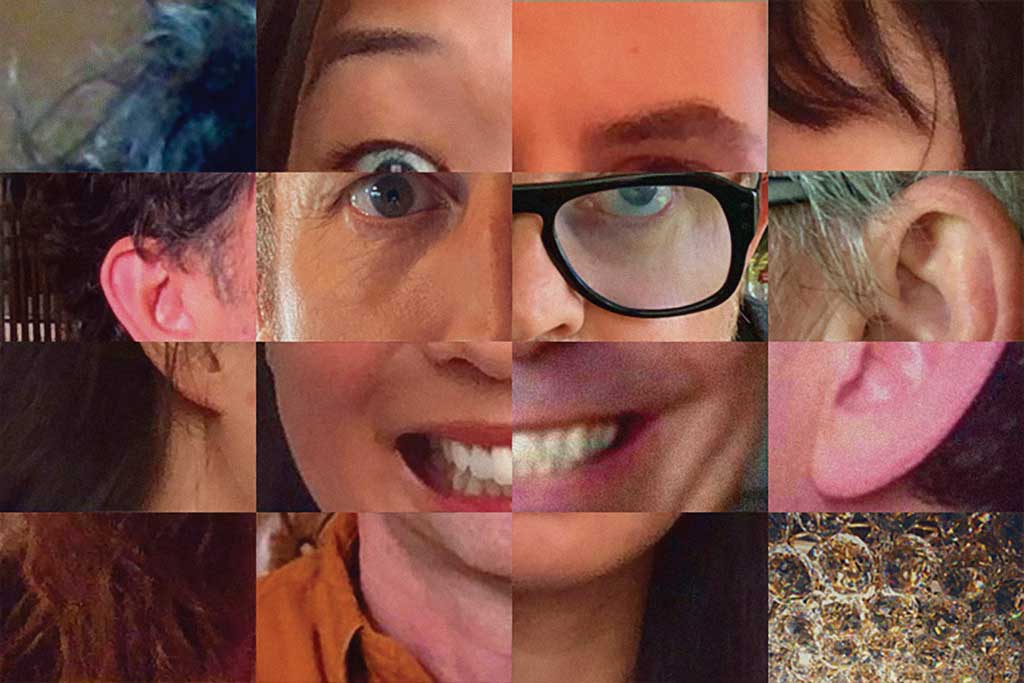 DDB Worldwide and global production shop Smuggler ushered Skittles onto the Broadway stage on Super Bowl Sunday 2019 for the industry’s ballsiest move of the year, “Skittles Commercial: The Broadway Musical.” On its own, the idea—for Skittles to debut a theatrical show on advertising’s biggest day of the year—was a headline in itself. Even more startling was the quality and craft of the entire experience—from the talent lineup that included actor Michael C. Hall, to the deftly written book from Will Eno and Nathaniel Lawlor, and the integrated marketing that spanned spots, track releases, music videos, swag and a Playbill. “Advertising ruins everything” was the premise of the wonderfully weird, commercially un-commercial trip featuring bewildering meta-jokes, catchy tunes and spirited performances.

Simply put, it was an excellent show. But it was the last thing you’d expect to find on the reel of a commercial production company.

“You do all these different things to get experience,” says Smuggler Co-Founder Patrick Milling-Smith, who has led the shop with fellow founder Brian Carmody since opening in 2002. “You do Broadway shows, you do films and you wonder where it will dovetail into your core business. Our reason to exist is advertising. Skittles felt like all the things we’ve been exploring and trying to learn are coming together at a perfect time.”

Smuggler continued to knock out hits for the rest of 2019—propelling the company to the top of our Production Company A-List. Among those were Sandy Hook Promise’s poignant safety message disguised as a back-to-school ad directed by Henry-Alex Rubin; Apple’s quirky comic-drama telling the faux development story of its real invention—a round pizza box, via Mark Molloy; and laughs for Skittles that included the musical’s spots and trailers from Randy Krallman as well as Björn Rühmänn’s twisted Halloween ad about a witch tortured by her boy prisoner. Guy Shelmerdine imagined an alternate reality to the Cuban Missile Crisis in a comedic blockbuster for mattress brand Simba.

The reel sung with lyricism as well. Adam Berg made Budweiser's Big Game ad featuring a Dalmation enjoying the breeze (and Bob Dylan’s “Blowin’ in the Wind”), while Kathryn Bigelow imagined the 5G future for AT&T’s “It Can Wait” campaign.

Miles Jay delivered a quiet love story for Senseo and Delta’s uplifting anthem about the unifying power of travel; and Jaron Albertin transported Harley-Davidson to a thoughtful, modern place with his poetic film “Breathe,” which juxtaposed the cacophony of digital communication with the escape of a motorcycle ride.

Such exquisitely crafted and entertaining productions have consistently garnered accolades for Smuggler, including multiple Emmy awards, Cannes Lions Palmes D’or and four previous nods in the top spot of this list. But in recent years, Smuggler’s founders say things had started to go a bit stale. The work remained good, yet the moxie that had always pushed the company to the creative forefront had receded, and “we had one or two distracted years,” says Carmody. So in 2019, the company went back to its roots, drilled down on the work and talent and became inspired once again.

Skittles represented that return to form, an embodiment of Smuggler’s ambition, backed by the broad expertise of its entire lineup, from directors to producers. “The first time we spoke about the Skittles project, [Smuggler] told me if I could sell it, they could make it,” said DDB Worldwide Global Chief Creative Officer Ari Weiss. “Armed with that confidence, we went in and sold the idea. Once sold, they stuck to their word.”

For a production shop, it’s not easy to predict whether a risky project will succeed, but Smuggler has reached far to prepare for the unpredictable challenges of modern-day advertising. Milling-Smith and Carmody had already proved themselves on stage with previous productions including the Tony Award-winning theater adaptation of “Once” as well as the stage production of Robert Evans’ biography, “The Kid Stays in the Picture.” They ventured into virtual reality, opening immersive production company Here Be Dragons with filmmaker Chris Milk in 2014, only to fold it four years later when the VR market began to stall.

Smuggler's bedrock, however, has always been talent. Since it opened, it has committed to nurturing its directors from the ground up. Last year, the shop introduced a mentorship program that provided younger talent with extra training on the set with experienced vets. Their promise is already showing. Samantha Scaffidi delivered a quietly unsettling sexual assault tale for RAINN, while actor Jonah Hill, off his feature “Mid90s,” continued to prove his skills behind the camera on Vampire Weekend’s trippy “Sunflower” music video and a documentary series about bullying on Instagram TV.

Smuggler closed 2019 as it began, on the stage. Its founders wrapped a premiere of the stage adaptation of the film “Sing Street” at the New York Theater Workshop. With its Broadway debut originally planned for March at the Lyceum Theatre, it will hit the stage when the theater district reopens.