READ THIS NEXT
How restaurant chains are duking it out to be the best in their categories
Andy Dunn, co-founder and CEO of Bonobos, saw a gap in the market: the need for better-fitting men's pants. When a roommate at Stanford Business School, Brian Spaly, made adjustments to his own pants and got positive reactions, Mr. Dunn realized the potential for a wide audience. After graduating in 2007, the two made 400 pairs based on the prototype and launched Bonobos out of Mr. Dunn's Manhattan apartment.

The pants had a 95% adoption rate at trunk shows. Faced with a myriad of retail strategies for expansion, the founders agreed the most cost-efficient and serviceable channel for their target -- the athletically built guy who hates to shop -- would be to sell directly to the consumer online. So Mr. Dunn, 30, cashed in his 401K and built a website.

Now Bonobos.com has a customer base of 13,000 and is on par to reach 17,000 net adopters by year's end. The company amassed that traffic -- and a re-purchase rate of 50% in its first year -- largely by word-of-mouth and the appeal of its free, no-questions-asked return policy. (The customer-service department comprises three of 20 names on the company payroll.)

"Our mission became about delivering two things that men want that no other company is providing: excellence in fit and excellence in service," Mr. Dunn said. "You can do that with a web-driven model, where you're not disconnected by the partitions of store distribution.

Wearing a cause under your belt never hurts, either. Bonobos supports its endangered namesake by donating a dollar for every new customer to an ape sanctuary in the Congo.

Mr. Dunn says the company spent little on advertising until its second year when it took to Facebook with the slogan, "End Khaki Diaper Butt." About 20% of Bonobos' current base was acquired through Facebook. Because of its direct-to-consumer model, Bonobos can be efficient with ad dollars, tracking which sales result from a specific click-through behavior.

With the average Bonobos customer spending $200 on his first visit, Mr. Dunn drew up a cost-per-acquisition model that concluded the company can spend up to $100 per new customer and still have a profitable first transaction.

In its first year, Bonobos earned $1.6 million in net revenue, selling north of 30,000 pairs of pants. Mr. Dunn expects 2009 will finish somewhere between $3.5 and $4.2 million, as the brand introduces a line of lower-priced trousers in just a few weeks and a collection of fitted dress shirts. 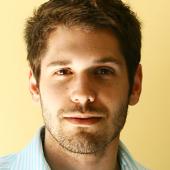 Matt Kinsey
In addition to the editorial duties performed in his title role, Matt oversees selections and reviews for Ad Age's Bookstore. He may also be contacted with fashion, apparel and accessories news. While he enjoys a bit of chat daily, the easiest -- and quickest -- way to reach him is by e-mail. (This includes all press releases, research and data inquiries and reader concerns.)