How Marketing at P&G Takes Cues From an Election Campaign

Marketing at Procter & Gamble Co. these days is like running election campaigns: It requires social-media rapid-response operations and having to recover from the occasional big mistake, Global Brand-Building Officer Marc Pritchard told the Association of National Advertisers 2012 Masters of Marketing Conference in Orlando.

The rapid-response operation comes in the form of what Mr. Pritchard called the "Tide Newsdesk," a social-media listening post similar to what P&G has established for many other brands, which in February helped the brand spring into action around a fuel spill at the Daytona 500.

The brand was focused entirely on something else at the time -- the launch of its long awaited Tide Pods with advertising on the Academy Awards Feb. 26. But the next day came a crash, fuel spill and fire at the Nascar race, which a cleanup crew tackled using boxes of Tide powder detergent. 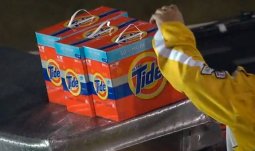 Within 72 hours, thanks to the "newsdesk" identifying the issue and Saatchi & Saatchi, New York, securing the media-usage rights, the brand had social-media content, including a 15-second ad featuring news coverage of the spill. It helped Tide reach No. 2 as a Twitter trending topic, quadruple its number of Twitter followers and overall generate 350 million media impressions, Mr. Pritchard said.

Such efforts -- along with Tide Pods and new testimonial-style ads claiming one load-dose of liquid Tide has as much stain-fighting power as 40 doses of a "leading bargain brand" have helped Tide pick up 2.5 share points the past two months in the U.S., Mr. Pritchard said.

P&G put the same principle to work, he said, in creating rapid-response ads during the Summer Olympics featuring the comeback performance of gymnast Jordyn Wieber and breakthrough victory of her teammate Gabby Douglas. Each ad was produced within days of by Wieden & Kennedy, Portland, Ore.

The Olympics effort, he said, produced higher "favorability ratings ," an 89% increase in people talking about P&G on YouTube, 370 million Twitter impressions and more than 75 million YouTube views, all of which "put us on track to meet our goal of a half a billion dollars in incremental sales."

On the other hand, P&G has also had its Obama Denver debate moments. In a fairly rare occurrence for an ANA presentation, Mr. Pritchard detailed one of the missteps that occurred at P&G at least partly on his watch -- the market-share slide Pantene hair care experienced in recent years as it went through a variety of restages.

Instead of focusing on the old equity of "healthy, beautiful hair that shines," Pantene started talking about such things as "second-day smooth" and the "four o'clock flop," neither of which consumers understood. "People marched into the voting booths and we lost," Mr. Pritchard said.

"Where we started to falter," he said, "was when we moved away from what Pantene has always stood for -- and confused the heck out of consumers in the process."

So P&G, via Grey Global Group, enlisted Eva Mendes for a "truthful confession" ad about recovering from the damage to her heat-straightened hair, which was somewhat reminiscent of the famous 1980s "Don't Hate Me Because I'm Beautiful" ad in which Kelly LeBrock talked about how Pantene helped address problems with her big curly-permed hair.

"We are gaining ground every day in the election," Mr. Pritchard said of the new approach to Pantene -- though he didn't cite tracking data. "It won't happen overnight," he said of Pantene's turnaround. "But it will happen."