Pleased With Creative, but Reassignment Reflects Need for Efficiency

When is it bittersweet for an agency to see its work on display from the dais at the Association of National Advertisers conference? Probably when the agency has just lost the account. 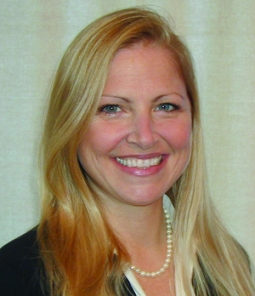 That was the case for three Johnson & Johnson brands featured in an address by Kim Kadlec, worldwide VP-global marketing group at J&J, speaking today at the ANA's Masters of Marketing conference in Orlando, Fla.

She highlighted advertising for O.B. tampons in Canada, as well as K-Y personal lubricant and Band-Aid in the United States, that was handled by agencies that will either be leaving the J&J consumer-products creative roster or losing the accounts in question to other roster shops.

Within two hours of her ANA talk, Ms. Kadlec was on a conference call announcing the results of a two-plus -month consolidation review of creative agencies, which eliminated independent Mother and Interpublic's Deutsch, Lowe and Martin Agency from the global consumer-products roster. WPP's JWT is one of the winners in the review, picking up Tylenol globally from Martin, but JWT loses the Band-Aid account.

Among the work Ms. Kadlec featured was a 30-second spot from Mother portraying two women as enjoying K-Y Intense arousal gel together.

She also pointed to the "Magic Vision" campaign for Band-Aid, handled by JWT, in which kids can scan with an iPhone or iPad special bandages to see a virtual-reality performance from a "Sesame Street " character.

And she showed an interactive video campaign for O.B. tampons in Canada from Lowe Roche in which a singer makes elaborate, over-the-top personalized apologies to customers for a shortage of the brand's O.B. Ultra tampons.

All three campaigns were well received by the ANA crowd of around 2,000, drawing applause.

"The work is extremely well done, and certainly [the agencies] partnered with our marketers brilliantly to create that ," Ms. Kadlec said in an interview later.

"At the center of the work really was the use of consumer insights and the use of new technology," Ms. Kadlec said. "And that was really driven by our marketing teams and business leaders and partnerships. I know the new alignment will work similarly and hopefully on a more simplified, streamlined basis."

Ms. Kadlec, who spoke on her theme of "the marketing of now," is a little too busy these days to think too long about the past. Having just finished work on the global creative review for the consumer business, she's within weeks of finishing work on a media review for J&J's Europe, Middle East and Africa business.

That will likely mean, she said, that "in the normal rhythm of the business" J&J will begin to review the rest of its global media account by next year. But she said Interpublic's losing out in the global creative consolidation doesn't presuppose that the holding company will lose work in any of the global media agency review.

J&J remains pleased with the work of Interpublic shops on other parts of the J&J business, he said, including media, where Universal McCann handles the North American business.

Indeed, none of the creative agency moves was based on any disappointment about performance, Mr. Sneed said, but all about operational efficiency and simplification. Agencies that lost work, he said, will have chances to win future work on J&J accounts.