How Tony Pace Got On 'Project Runway'

"The Million Second Quiz" may have disappointed in ratings, but that didn't really bother Tony Pace, chief marketing officer of Subway Franchisee Advertising Fund Trust, the integration partner for the show. 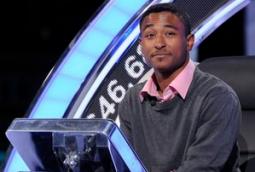 "We would have preferred the ratings were higher, but it delivered on our expectations for total audience," he said, due to a strong digital presence along with social and PR. How much? Mr. Pace said the company got only 31% of its impressions around the event from TV, compared to 43% from digital, 23% from social, and 3% from PR.

His point is that in this hyper-connected world, a marketer's point of entry might be a TV spot that can yield dividends in social, PR or digital to build impressions.

Some examples he showed the Association of National Advertisers audience included a Jimmy Kimmel takeoff on the company's "Avocado love" spots that showed consumers going over the top for avocados. The talk show host's version put regular character Guillermo in an avocado tree costume. "We did some social media and let people know it was there," said Mr. Pace. The result was 51% of impressions in social media – versus 49% for TV.

One push that paid off big was the chain's integration with "Project Runway," but it was a stroll down the catwalk Mr. Pace didn't originally want to take. When his team approached him with the idea of having the show's contestants make dresses out of Subway materials like sandwich wraps and napkins, he said he told them "'You guys are out of your cotton-picking minds. No way am I going to let you do this.' I thought there would be blowback because it was so incongruous for us to be involved in the world of fashion," said Mr. Pace. "But they were right and I was wrong."

Because of that incongruity the resulting fashions caught fire on the net and in TV news, so much so that Subway got 70 million impressions out of the integration, and they are still coming in, said Mr. Pace.

To manage a brand "in the social sphere you have to think through your point of entry and how to sequence and you can't be afraid to modify. Even Peyton Manning calls an audible now and then," he said.

The company's latest linkup, with soccer star Pele, likewise got a boost from PR and TV. Subway interested the news media in doing stories on its Pele tie-up by circulating an old photo of futbol star Pele balancing a football on his head while football great Joe Namath balanced a soccer ball on his head. Subway followed up with a TV commercial showing Pele sitting in chair while soccer balls rained down on him that ran on "Sunday Night Football," which stoked discussion of futbol versus football. Social generated 1% of impressions from the push versus 84% from PR and 15% from TV.

Using this 360-degree approach is working for Subway, he said, noting that YouGov's September consumer sentiment tracking survey ranked the chain No. 1 in September in terms of brand buzz.

One thing not working as well as he'd like right now is mobile. "We haven't done a great job with mobile, frankly," he said, noting that national brand offers don't always work as well as regional ones.