As Marketers Meet in Orlando, Here's What We Want to Hear | Ad Age
Skip to main content
Sign In Register

As Marketers Meet in Orlando, Here's What We Want to Hear 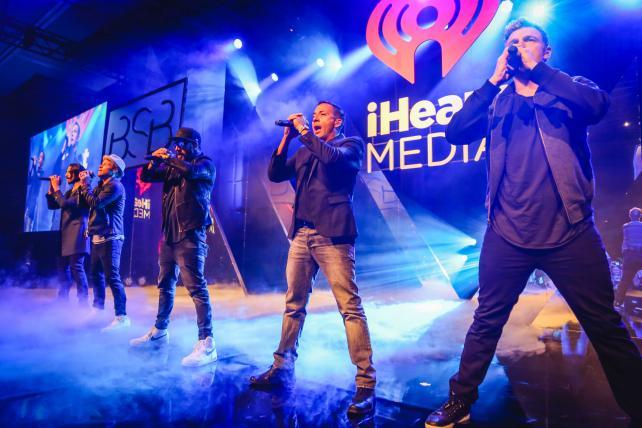 The Backstreet Boys performing at the ANA Masters of Marketing meeting in 2016.
Credit: Clarion Pictures

Just when you've recovered from Advertising Week, the Association of National Advertisers comes along with its biggest event of the year.

More than 2,500 marketers, agencies and marketing vendors will fill the Orlando World Center Marriott starting Wednesday for four days of presentations by chief marketing officers at some of the biggest advertisers on the planet, including Procter & Gamble, Walmart, KFC, Cadillac, JPMorgan Chase and State Farm. And yes, there will be plenty of networking (i.e. drinking), too, plus a little golf and tennis. Because it is Florida after all.

In an era of conference fatigue, the ANA's "Masters of Marketing" event still manages to be a top draw for some of the biggest names in the business. But in their presentations and case studies, CMOs on the stage often focus too much on the past and not enough on the future.

While it's great to hear about that killer campaign you oversaw last year, we'd like to hear a bit more about plans for the rest of this year and beyond.

So listen up, CMOs. As you polish off your PowerPoint slides, here's what we—and we think the rest of the audience, too—would like to hear from you.

Samsung
It's deja-vu for Samsung after bowing out of an ANA presentation at the eleventh hour last year, following widespread reports of exploding Samsung washing machines and Galaxy Note 7 phone batteries catching on fire. Pio Schunker, a former Coca Cola marketer who joined the electronics company in 2015 and is now senior VP and head of global brand marketing for the mobile communications business, had been scheduled in 2016 to talk about transforming brands from the inside out. This year, Schunker promises to tackle the issue head-on by discussing last year's brand-damaging crisis.

What we'd like to hear: A realistic view of what went on in the marketing department at Samsung one year ago, and how the brand had to pivot to remain a viable retail option with consumers.

MGM Resorts
Lili Tomovich, chief experience and marketing officer at Las Vegas-based MGM Resorts International, is scheduled to speak Friday about the hotel chain's brand reinvention, including cuisine, design and entertainment. In the wake of Sunday's horrific massacre in Las Vegas, where the shooter murdered more than 50 from his suite at an MGM hotel, it's unclear whether Tomovich will still present. As of Tuesday, an ANA spokesman had no changes to the roster.

What we'd like to hear: Whether ads promoting Las Vegas trips should to take a different tone in the near future and what MGM is planning to do from a branding perspective to assure travelers that Las Vegas is still a safe place to visit.

Procter & Gamble
Chief Brand Officer Marc Pritchard is expected to deliver an address similar to his presentation at Dmexco last month, where he talked about the role advertising can play for good but also the fact that the devolution of advertising to 2-second "views" is a sign that people really don't want ads in their social-media feeds. He called for a "next generation of digital advertising."

What we'd like to hear: A lot more details about what the next generation of digital advertising looks like, and who (e.g. Facebook, Google or someone else) is going to deliver it first and best.

Walmart
U.S. Chief Marketing Officer Tony Rogers is set to take marketers through the journey of the biggest retailer on earth to revitalize its brand in a world where Amazon and many others keep making things harder.

What we'd like to hear: For arguably the highest-penetration brand in U.S. marketing, Walmart is still a lot better represented in central red states than coastal blue ones. How can it find a way to make its digital media and e-commerce succeed where real estate, logistics and union-fueled regulations couldn't: Make Walmart a much bigger factor in coastal metropolises?

Clorox Co.
Chief Marketing Officer Eric Reynolds is set to talk about the intersection of data-driven marketing with humanity.

What we'd like to hear: Details on how this can be put to work by others, really. Clorox is in the perfect place to develop new marketing models as a packaged-goods player filled with classically trained marketers from the likes of P&G but nestled in Silicon Valley. How can other marketers make the most of its discoveries?

KFC
Kevin Hochman helped drive KFC's comeback during his tenure as CMO with a seemingly never-ending run of celebrities starring as Colonel Sanders. The creative work has been such a success that Hochman was promoted to president and chief concept officer of KFC's U.S. business in March. Of course, when Hochman and Eric Baldwin, executive creative director at KFC agency Wieden & Kennedy, take the stage, they're likely to give attendees a history lesson on the campaign and other steps the chain has taken to harness its heyday to move forward. Hochman may also discuss the chain's renewed focus on its food and how it's made, as fast-food chains try to connect with customers on more than just price.

What we'd like to hear: Other than keeping the seemingly never-ending list of celebrity guys in white suits rolling, how is KFC planning to keep what's becoming an expected campaign feeling fresh? Are there any plans for a different kind of colonel, perhaps a woman or some super fan who isn't a household name? And in an era when more people seemingly want to watch what they eat, how long can KFC remain relevant selling buckets of fried food?

Weight Watchers
Weight Watchers has come out of a funk in large part thanks to one woman: Oprah Winfrey. Sure, the company updated its points plan and its technology after seeing Fitbits, other devices and free weight-loss plans gaining ground. Maurice Herrera, head of marketing, is expected to lay out how the company responded to one of its most challenging periods, emerging as more of a lifestyle brand with coaching than a company focused on how a person feels based on the numbers on the scale. But without Ms. Winfrey's star power (and, let's not forget, her financial investment and presence on its board of directors), it's likely the 54-year-old brand would still be on shakier ground.

What we'd like to hear: How are things changing under the leadership of Mindy Grossman, who joined as CEO in July and is expected to add even more firepower to the resurgent brand? Lately, Ms. Winfrey has been seen in fewer ads. The newest TV spots highlight regular folks who have lost weight while on Weight Watchers, including guys. Is this a sign of things to come during the big selling season when New Year's resolutions lead to more interest in dieting? Or will the Oprah effect be put to work again?

Cadillac
Cadillac, now based in New York's SoHo neighborhood, has been trying hard to boost its urban appeal as it tries to appeal to today's luxury consumer. In his presentation, CMO Uwe Ellinghaus is expected to outline Caddy's 10-year growth plan and the brand's marketing vision.

What we'd like to hear: Cadillac has been on a hot streak in China, but growth has been harder to find in the U.S., where vehicle sales declined by 5.4% in the first eight months of the year, according to Automotive News. What is Ellinghaus' plan for getting U.S. sales back on track?

Chicago Cubs
The Cubs' president for business operations, Crane Kenney, will take the stage on Thursday, the day before the team plays its first playoff game. Kenney is expected to discuss how brand marketing played a role in the club's 2016 World Series victory.

What we'd like to hear: For decades, the Cubs were lovable losers, drawing steady fans despite lackluster results. But with the championship drought now over, and Cubs owners willing to spend big to lure the best players in baseball, do the Cubs risk losing their charm?

The conference begins in earnest on Thursday with a full-day of presentations. Ad Age will cover the blow-by-blow with a daily blog.