With the possibility of a recession on the minds of executives across industries, Ad Age was eager to hear what the current economic climate means for their marketing plans. At the Association of National Advertisers’ Masters of Marketing conference in Orlando, Ad Age spoke with the chief marketing officers of Clorox and Bank of America to hear whether the current economic climate has them making changes to their approaches and budgets. And we hear from Fiat Chrysler's CMO on the merits of skipping the pricey Super Bowl commercial plan and opting to run a longer commercial online.

Watch the video above for more, or read on below for a deeper dive into each brand's story.

Clorox Co. Chief Marketing Officer Stacey Grier can’t predict whether a recession is coming but she knows a presidential election is afoot, and that has her getting ready for a change in tone for advertising.

“From a creative standpoint, we’re going to have to be particularly sensitive to emotion,” Grier told Ad Age on the sidelines of the ANA Masters of Marketing conference in Orlando this month. “It is a raw, emotional time for people. And as we lean more into emotion as advertisers, we have to take more responsibility to do that carefully. I think we’re going to want to look at what unites people, the very basic human emotions that bring people together, at a time when people might be pulled apart.”

Grier noted off camera that the election also will reshape the media market. Even if most TV media around the race gets bought in spot markets targeting battleground states, she expects the growing focus by candidates on digital and social media will drive up costs there, which will force Clorox brands to adapt.

Fiat Chrysler Automobiles' Chief Marketing Officer Olivier Francois is so obsessed with getting the automaker’s vehicles in music videos that he has a special arrangement with the nation’s largest record labels. The deals, codified in contracts, give him first dibs on putting an FCA brand in music videos whenever the need arises for a vehicle.

“When there is a car, call me,” Francois said, succinctly describing the deals during an interview on the sidelines of the ANA Masters of Marketing conference in Orlando. In exchange for the placements, Fiat Chrysler often chips in to help cover music video production costs.

In the video interview above, Francois dishes on what he looks for when connecting a Fiat Chrysler brand—which includes Jeep, Fiat and Ram—to songs and bands. He also talks about the automaker’s decision last year to sit out the Super Bowl for the first time since 2009. And he gets into the company’s ad agency strategy, which often leads to multiple shops working on the same brand at once.

For all the talk about technology and data, there has been a lot of chatter at the ANA Masters of Marketing about having heart. “The whole notion of humanity is a big theme,” says Meredith Verdone, chief marketing officer of Bank of America. “Are you making your tech more human, or do you have humanity? We are building brands and brands are very emotional things. At the end of the day you have to connect rationally, but also in the heart.”

And the heart for BofA she said, is enabling consumers to live better financial lives "through the power of every connection." In her stage talk, Verdone said that, before CEO Brian Moynihan came on board in 2010, the bank’s mission was to be the most-admired brand. “But there is no customer in that,” she said. So the bank pivoted to put the consumer first. “We are not the center of their life,” she said. “Consumers don’t go around talking about how much they love their bank.”

Ad Age Reporters
View all articles by this author 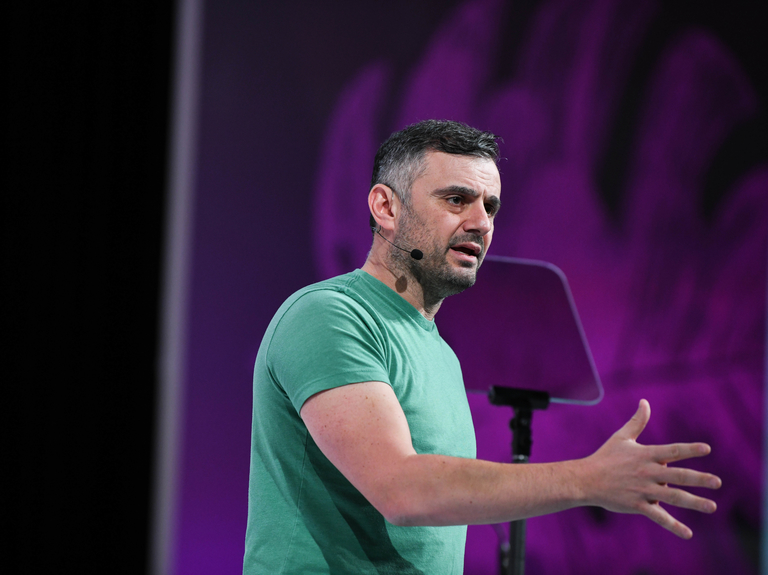