How Target staged its turnaround 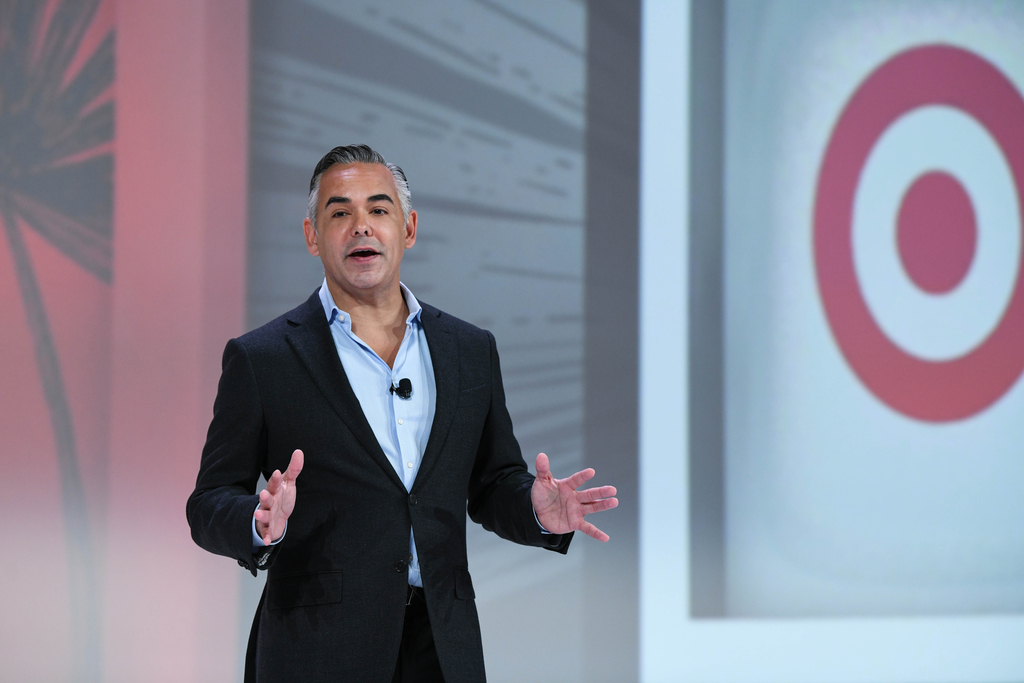 Only a few years ago, Target had a bullseye on its back.

The retailer had suffered a massive data breach and its expansion into Canada had not gone well. “It was, frankly, miserable,” Rick Gomez, exec VP and chief marketing and digital officer, told the ANA Masters of Marketing Conference today. To outsiders, it appeared that getting back to the growth the retailer saw in its heyday “would take nothing short of a miracle,” he said.

Today, the company’s business has never been stronger, he said, thanks to a turnaround plan to get back to basics “of meeting our guests' needs in a truly differentiated way.”

Doing so took a $7 billion investment in its brands, stories, its team and its fulfillment services. The chain also created two dozen new brands, including its new Good and Gather grocery line, and expanded into smaller formats in cities including New York. And the company is raising its minimum wage to $15 per hour by the end of the year—a statement that drew cheers from the audience.

However, Target isn't the only retailer gaining ground with consumers thanks to smart marketing and an investment in private-label goods. Walmart and Amazon are both still proving to be tough competition for the Minneapolis-based chain.

Gomez said Target also learned that “brand love is not enough,” noting that some of retail’s most spectacular failures came not because a brand lacked love “but because people stopped shopping them.” The key, he said, is to take the brand love and turn it into traffic, engagement and sales. For Target, that also meant doubling down on its purpose. “We are not just in the business of selling stuff, but bringing joy to all families,” said Gomez.

One false start was its points-based Red Perks loyalty program, which Gomez said “was too transactional and didn’t feel like Target.” The company did a “total reset,” he said, recasting that into a beta program called Target Circle, which gives consumers discounts every time they shop and also allows them to vote for local charities for Target to support. The program will launch nationally next week. Testing in six markets yielded 2 million active users and $1 million in donations to local charities, he said.

Pivoting quickly is an important part of Target’s strategy and Gomez said the company got its “Run and Done” campaign from brief to air in a record nine weeks. “We didn’t have a choice, we were seeing share losses” and didn’t have the luxury of time, said Gomez.  Although it has been tweaked over the last two-and-a-half years, the ads, which showcased Target’s same-day delivery, drive-up and order-pickup capabilities, has succeeded in building its quick-trip share.

But the chain also made mistakes. Gomez talked about a temporary facade it built in New York’s East Village that went awry after a blogger accused the company of commodifying the neighborhood and co-opting its local culture. “We did not try to rationalize. We accepted the criticism and apologized,” he said. Today, Target consults neighborhood leaders when it opens new small-format stores in new markets.

A big theme of the conference so far—inclusivity—also played a big part in Gomez’s talk. Target’s strategy of accessible design for all has seen it collaborate with 175 designers for limited collections since 1999. The company has taken this a step further with inclusive sizes and its Cat and Jack line of adaptable clothing. It’s also now introducing Auden line of intimates specializing in bras in a wide range of sizes.

Gomez urged his audience to be open to new approaches for transforming their own brands. “Change is not always comfortable,” he said. “The best work is often the least comfortable.”