Publishers Bid to Take Back Control of Online Ad Ecosystem

Agencies Welcome Big Media Companies Such as NBCU, Forbes as They Step Onto Display-Ad Scene
READ THIS NEXT
How restaurant chains are duking it out to be the best in their categories

There's an old saying that if something happens once it's a fluke, twice it's a coincidence and three times makes it a trend. Using this measure, the formation of private online-advertising exchanges by premium web publishers has all the signs of becoming a megatrend in the year ahead. During the past few months alone, Weather.com, IDG, NBCU, Forbes, CBS and QuadrantOne have all announced their own private exchanges. Others are in the works. Though each of these exchanges differs somewhat in their go-to-market strategy, they are all fueled by a common motivation and new marketplace reality: Publishers are stepping up to reclaim their rightful place in the display-advertising value chain.

It has become an axiom of modern marketing to say that advertisers do not want to buy media; what they want to buy are audiences. So let's ask the most basic question: Who has the audiences? Simple answer: Publishers do. Not the networks, the agencies nor any of the countless intermediaries that have inserted themselves between the buyers and sellers. Premium publishers are determined to claw back some of the value that's been leeched away by these intermediaries. How? By creating proprietary pools of their own uncommitted inventory that can be connected directly to media-trading desks at advertising agencies. That's the essence of a private exchange. They are called "private" because these inventory pools bypass the "public" exchanges such as Google AdEx or RightMedia.

Private exchanges are built upon supply-side platforms such as those offered by AdMeld, Rubicon or Pubmatic. These platforms aim to be configured with feature sets that equal or exceed those in the public exchanges. They allow real-time bidding. They can apply third-party data to the transaction in a manner that is fully disclosed and consistent with industry best practices for privacy protection. It's safe to say that up until recently, technical innovations in the display-advertising value chain were largely concentrated on the demand side. Now, finally, the supply side is innovating with similar gusto.

Agencies are greeting the arrival of these private exchanges with great enthusiasm. Why? Because there is a dearth of high-quality inventory in the public exchanges. Premium publishers have been justifiably disinclined to place uncommitted inventory into these open marketplaces for a variety of good reasons. We have concerns that our inventory can be cherry-picked and repackaged by unknown intermediaries, or that our audience members can be tagged by unscrupulous middlemen and then resold outside the context of our own sites.

These concerns are abated in a private-exchange environment because transactions are conducted directly and transparently between buyer and seller. This gives the publisher much greater control, and as a result there is greater willingness on the part of publishers to share critical campaign information with the buyer.

We all know that data is important in online advertising, but in all the feverish debates that the word "data" provokes, we often overlook the basic fact that some of the most important data that publishers control are the contextual variables related to an ad impression. Simple yet extremely valuable information such as domain name, section, page and placement are generally unavailable in public exchanges or from ad networks. That's one of the reasons that the entire business of ad verification has come into being. Premium publishers in a private exchange, however, can safely expose such contextual information. Verification becomes an unnecessary expense for agencies. Furthermore, publishers who have been entrusted with information from their audiences can safely apply that data for targeting purposes in a transparent, privacy-compliant manner within the private exchange without fear of data leakage to third parties.

The transparency and control of a private exchange leads to a more efficient marketplace, which means that there is opportunity for margin expansion on both the buy, and sell sides of the transaction. This all sounds good in theory, but does it actually work? Although we are in the very early days, preliminary data is encouraging. Case in point: QuadrantOne.

QuadrantOne is a joint venture of Gannett, Hearst, Tribune Co., and The New York Times Co. that aggregates uncommitted inventory from more than 300 local-newspaper sites including LATimes.com, SFGate, AZCentral and Boston.com. (National newspapers such as NYTimes.com and USAToday.com are not included in this inventory pool.) This coming June will be the official launch of QuadrantOne's private exchange -- which we've named Q. In our preliminary tests, we have found that real-time bidding within the private environment increases the unit rate by more than 50% from what we typically see from blind transactions in the public marketplace. Importantly, this rate lift is before the addition of any contextual information (site, section, page, placement) or other data. It also does not take into account the opportunities we envision for direct, first-look deals with DSP's and agency trading desks.

This information suggests that private exchanges can indeed pave the way for publishers to reassert themselves into an online ecosystem that has been disproportionately dominated by nameless, faceless intermediaries. The message to the marketplace should be clear: Publishers are back in town. You remember us, right? We're the ones with the audiences. 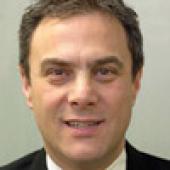