Networks, Exchanges Are Not Immune to Groupon-Cloning Fad

Everybody from newspapers to Facebook to Google is copying Groupon. But where exactly do all those spa, sushi and Pilates deals come from? Increasingly, they're coming from a new breed of networks and exchanges that are shaking up a young market, valued to reach $3.9 billion by 2015, according to BAI/Kelsey Group.

While Groupon and LivingSocial have ballooned to sell more deals in more markets, third parties are coming in, offering to help any media company jump into the "deals" market and set up its own Groupon clone. 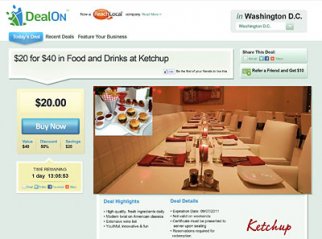 The new entrants look a lot like the third-party networks and exchanges that stormed onto the scene in online advertising about five years ago. They fall into two rough categories: networks that function as sales forces for hire, sourcing deals and reselling them; and exchanges, where deals are bought and sold.

Both eliminate the highest barriers to entry, technology and a sales force, which is why you're about to literally see hundreds of publishers with Groupon-like offers. Recently, media companies such as Hearst, Meredith Corp. and the New York Times Co. have caught group-buying fever.

With their own sales forces and audiences already in place, media companies are looking at the deals market to bolster meager digital revenue. Now, they can source more deals from networks to fulfill demand, or feed excess deals onto exchanges for wider distribution. From the pool, publishers then pull what they need, say, to fill the slot for Thursday.

"Every publisher wants to control the transactional relationship with their buyers," said Prashant Nedungadi, CEO, Nimble Commerce. "They want to sell deals under their brands and that creates the need for a different kind of network."

One such network was born from an existing sales organization, ReachLocal, which has more than 600 sales people globally. It acquired a daily deals brand, DealOn, this year and is building a deals-only force for partners. For Facebook's deals test, ReachLocal is using its presence in San Diego to source offers from local businesses for the social network's users. Facebook is also working with similar companies, such as Tippr, Gilt City, OpenTable and PopSugar City, for other markets.

Yet another network, Nimble Commerce, has 50 clients, including coupon distributor Valpak, the Wedding Channel's the Knot and YellowPages Canada. While most have their own sizable sales forces, Nimble's exchange allows clients to fill empty inventory.

Outside of keeping a steady flow of deals, publishers use exchanges for extra distribution, so deals they've sold themselves pull in extra revenue. One exchange, Analog Analytics, says its partner the Orange County Register brought in $188,000 gross revenue for boat rides to Catalina on its own site, and the LA News Group syndicated the deal for another $32,000.

On Analog, a publisher like the Register, which sells the deal, gets 15% of all deals sold on any site; the publisher that distributes the deal -- LA News, in this case -- gets 20% and Analog gets 15% for brokering. (The merchant, per the usual Groupon model, gets the remaining 50%.) While the economics could resemble Groupon's affiliate relationships with publishers -- McClatchy Co. gets 15% from Groupon deals distributed through its newspaper sites, two execs told Ad Age -- at least publishers get to keep the buyer's email address, said Ken Kalb, Analog's founder-CEO.

"Each one of those consumers has an enormous lifetime value worth hundreds of dollars," said Mr. Kalb. "That's worth a fortune to publishers that can capture that email registration." 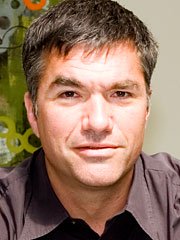 MARTIN TOBIAS, TIPPR: 'The deals network is the only way we can compete with the national brands.'

Deals network Tippr says its combined sales force is expected to top 5,000 people by the end of the year -- that's enough to rival Groupon's entire global workforce. Today, through its PoweredByTippr exchange, the company has added more than 900 salespeople in 60 cities to its existing 50-person sales team, thanks to outside sales partners. One partner, Entertainment Publications, has built local business relationships selling print ads in its Entertainment Book over time; now, it's offering those merchants Tippr deals online. Then, publishers like Fox Detroit pull those deals and run them under its own brand.

"How do you get lots of deal inventory unless you have 2,000 salespeople like Groupon does?" said Martin Tobias, CEO of Tippr. "The way you do it is to empower existing sales forces with deals. Then you hook that up to a lot of different publishers."

But what happens to those legions of salespeople glomming onto daily deals when the winds shift away from Groupon? Well, they still hang on to relationships with local merchants, as they always have.

"Groupon is in our universe right now because it's the flavor of the year," said Thomas Cornelius, CEO-cofounder of Adility, another major deals supplier. "But it's only one piece in the ecosystem. You take these offers and can masquerade them as daily deals or put them in a location-based app. You pull the content and create whatever you want: Groupon, or the love child of Groupon and Foursquare."

Today, Adility has 40,000 businesses in its offers database and access to its parent company's 350 local marketing agencies. For AOL's Wow.com, Adility is looking to its offices in Boston, Philadelphia and, Washington to source deals.

"The deals network is the only way we can compete with the national brands [such as Groupon and LivingSocial]," said Mr. Tobias. "By having a marketplace, you can get scale."