CANNES (AdAge.com) -- Saatchi & Saatchi opened its 18th annual New Directors Showcase with tribute and tribulation. Worldwide Chief Creative Officer Bob Isherwood dedicated the event to the late Paul Arden, the longtime Saatchi creative leader who founded the show in 1991 and passed away in April. Mr. Isherwood called Mr. Arden the epitome of "fearless," this year's theme for the event. Argentine performance artists Fuerza Bruta then took the stage with an acrobatic, sensory-stimulating illustration of the "fearless director," with a man breaking through "walls," braving "storms" and overcoming various other obstacles. 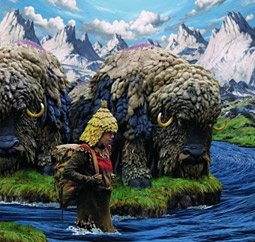 Remarkable one-take videos were aplenty, including Roel Wouters' ZZZ: is playing clip, featuring trampoline artists simulating live-action video effects. Joey Garfield's RJD2 Work it Out promo captured performance artist Bill Shannon in a spectacular street dance on crutches, which he has been using since he was a child. The lineup also included two of Parisian director Vincent Moon's "Take Away Shows," featuring Arcade Fire and R.E.M, in which the filmmaker captured various bands performing live in ad hoc spaces.

On the spots side, Fallon creative Juan Cabral added his name to another notable list with Cadbury's Gorilla as one of the show's featured ads. Creative-turned-director Harold Einstein garnered plenty of laughs thanks to deadpan humor for Crest and FedEx, and Scott Lyon celebrated everyday rhythms for Volkswagen. The show's featured viral entries included Ray Ban's Sunglass Catch, directed by Benzo Theodore and Joe Bartenhagen, and Ryan Brown's Cart Whisperer for Verisign. Biscuit Filmworks' Clay Weiner also joined the ranks for his direction on Budweiser's Dude, and Brazilian director Luiz Adriano used stop-motion cigarettes to illustrate the perils of smoking in a PSA for Unimed.

Jonathan Hopkins, Between the Eyes