Chief Creative at the Chicago Office Describes His Day as a Judge at the Advertising Festival
8:15 a.m. Press jury at breakfast at the Carlton 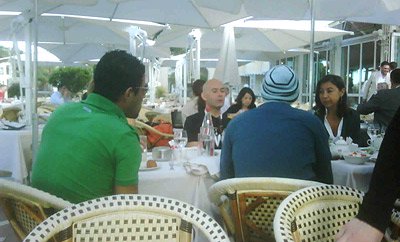 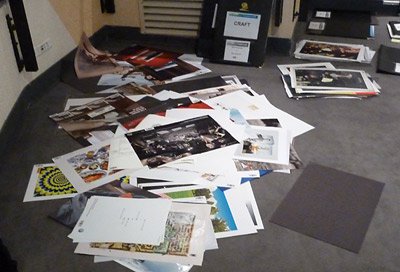 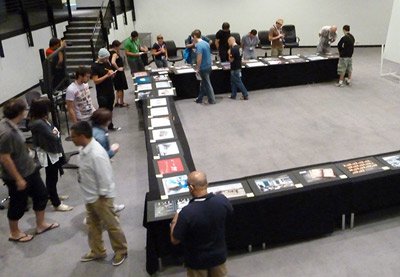 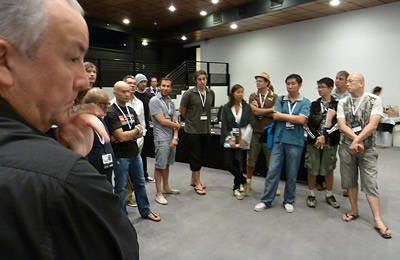 2:55 p.m. Finalizing the medals for press. Had a quick lunch. Had pretty lame chicken. Talked to Mark Figliulo from Chiat NY about the film jury. Sounds like they had a million web video entries. As Mark said, "Just because you have a camera, doesn't mean you should use it." They still have a lot of work to do. We on the other hand finish up today!

We've had a lot of debate today over the art direction category. Does a great illustration make it great art direction?

In the end, I'm very happy with the work we've chosen so far. Just a couple more hours and then we hit the terrace at the Carlton.

5:30 p.m. We've chosen the Grand Prix. It was a heated debate in which I lost. We got down to two campaigns that were equally brilliant, but I preferred a different one.

I've attached two photos of us celebrating for feeling good about the job we'd done, but also for being finished. This was a tremendous amount of work. The first photo is of me and Justin Gomes, the judge from South Africa. The second is of a larger group. Now it's time to hit the terrace. 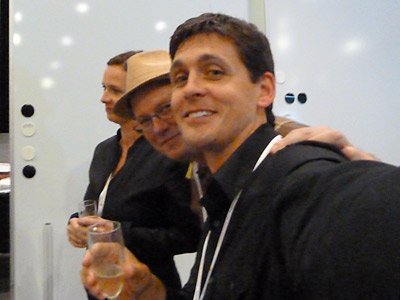 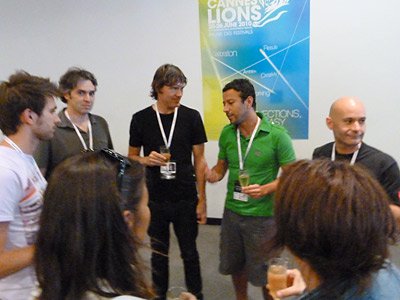 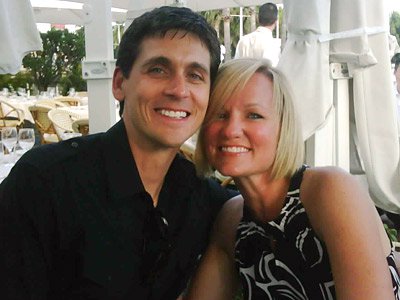 10:07 p.m. We just left the Majestic, where Mark Tutsell, the press president, and Justin Drape, the Australian judge, were hanging out. I'm now at dinner with colleagues, my wife and sister in-law Jamie. She now likes to pronounce her name with a french accent. The guy in the photo is William Mericle, the CCO of Palm Havas. We just ordered a great bottle of wine to get the dinner going.

We found our way to a little joint full of French countrymen and women. If the locals like it, I like it. We're hooking up with a group after dinner. Should get interesting. 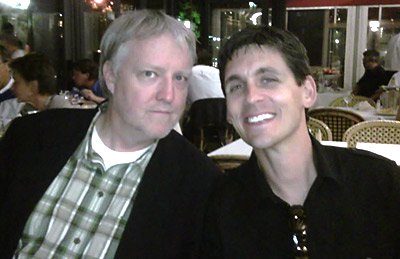 1:28 a.m. At the terrace of the Carlton. Just bumped into Davidondemand. He's the guy with a camera strapped to his head listening to a live twitter feed that tells him what to do.

I attached a photo so you could see how nuts this guy is. He actually got a tattoo today because twitter told him to. What the hell? I also ran into Rick Boyko, the head of VCU brandcenter. He showed me a list of all the graduates that have already gotten jobs. Pretty impressive. Good to know agencies are hiring. 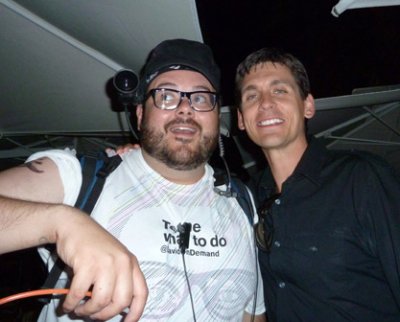 2:20 a.m. You can tell by the look in my eyes that it's time to go to sleep. Cannes is just getting started. It's alive and well. More people coming this year. More entries in the show. Great work and good times. I've spend the day looking at great work and talking to incredible talent. Tomorrow I have a day off. Wednesday a press conference and the Press show that night. Can't wait for everyone to see who wins gold. 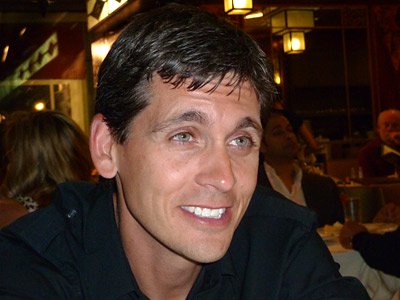 Blake Ebel
View all articles by this author