Despite Scam Controversy Earlier in Week, Brazilian Shop Wins Agency of the Year
READ THIS NEXT
Salesforce’s Stan Sugarman on driving business values, breaking down silos and hiring for attitude 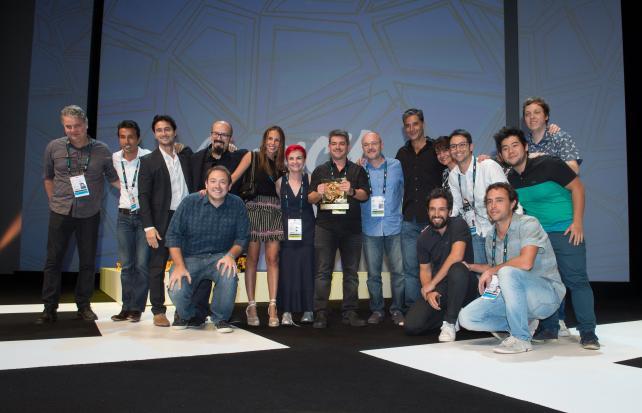 The Cannes Lions International Festival of Creativity announced its final winners Saturday night at the Palais des Festivals, but one stands out in particular.

The Agency of the Year honor, tallied from all the awarded and shortlisted work earned by a single agency, went to AlmapBBDO -- an interesting development given that earlier in the week the shop was involved in a sexist scam ad controversy and had to return a Bronze Lion for a Bayer campaign the client did not pay to run.

The agency paid for the media run on its own so that the campaign could be entered into the festival. It featured suggestive lines implying invasion of privacy and sexual violence toward women and came to the fore when observers, including former BBH U.S. chair and IfWeRantheWorld/ MakeLoveNotPorn founder Cindy Gallop, took to social media to call out the jury for awarding it a Lion.

Ad Age reached out to, but has yet to hear back from, the festival organizers for comment on whether the latest scam controversy, with an Agency of Year winner, will lead to a rethink of its scam policy.

In its official statement on scam work, the festival notes: "If we deem it is required, we will ban the individuals involved from entering our awards for a specific period of time which will be decided at that time." But it does not have any language regarding punishment for the companies involved in submitting the scam ads.

Ms. Gallop sees the win, in light of everything else, as an opportunity for the agency. "AlmapBBDO is an agency that does outstanding work, led until recently by an outstanding creative leader I was fortunate enough to judge the Glass Lions with at Cannes last year -- Marcello Serpa," she told Ad Age in an email.

"That's why I was so disappointed, first to see the Bayer ad, and then to find out it was a scam. I congratulate AlmapBBDO on winning Agency of the Year, and hope this week's events at Cannes will drive some serious self-examination within the agency on how their focus needs to move from winning awards at any cost to welcoming in female creativity, empathy and ethics." 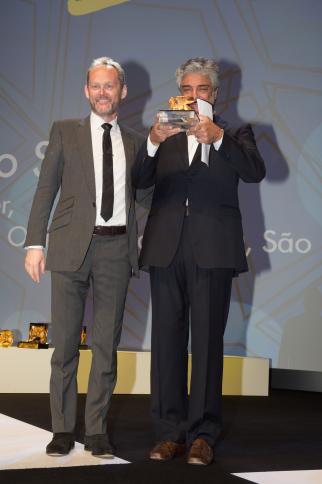 Meanwhile, Mr. Serpa, the creative leader who helped build the agency more than two decades ago, earned the Lion of St. Mark award, which celebrates an individual's longstanding contribution to the industry. Last year, Mr. Serpa stepped down from his post at the shop after serving for 22 years.

Grey, New York placed second and INGO, Stockholm was third for Agency of the Year.

For the second year in a row, Droga5 won the Independent Agency of the Year award. Jung von Matt, Germany was second and Wieden & Kennedy, Portland placed third. 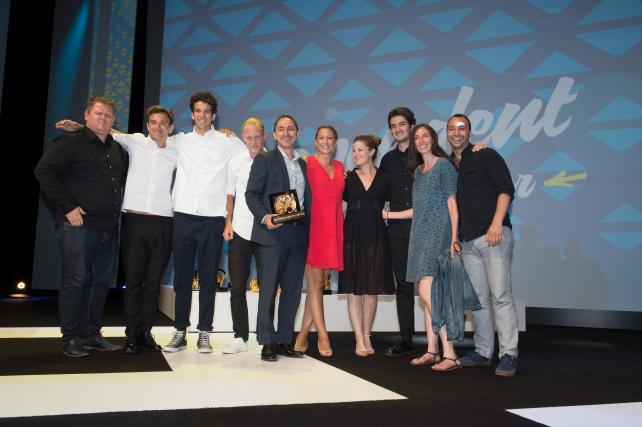 180LA and UNICEF earned the Grand Prix for Good for the "Unfairy Tales" campaign, a series of films that first seem to start out like sweet kids' stories but then take dramatic turns when you discover the children are fleeing for their lives from war-torn Syria.

Amongst the winning work was "Malak the Boat," seen below, which chronicled seven-year-old girl Malak's harrowing journey on the seas as the only survivor of a boat that had been once full of her fellow countrymen. The "Unfairy Tales" also included "Ivine and Pillow," about a 14-year-old girl who survives bombings in her home town and settles into a German refugee camp, and "Mustafa Goes for a Walk," which followed a boy's painful journey to safer haven, during which he had to part with his friends and his toys.

The Grand Prix for Good is chosen from all the Gold Lion-winning work that was created for charities or not for profit, as well as those with public service messages, with the exception of those awarded in Pharma, Health/Wellness, Innovation and Film Craft. Such efforts are not eligible for Grand Prix in their respective categories. The Titanium/Integrated Grand Prix jury determines the winner. 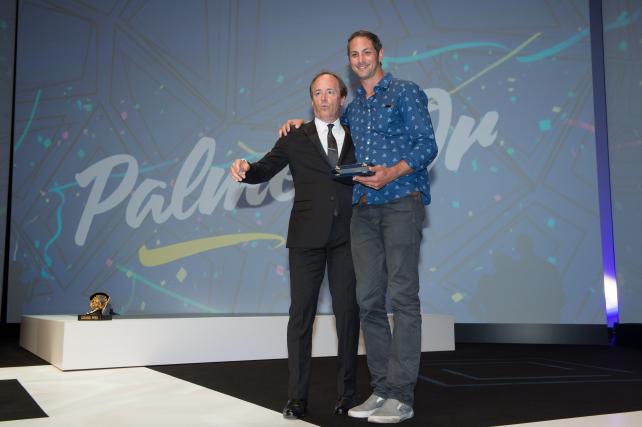 The Palme D'Or, honoring the most awarded production company, went to Tool, U.S.A., for the first time. Epoch Films U.S. placed in second, while Stink in the U.K. placed third. The honor is based on points earned for winning and shortlisted work in Film, Film Craft and Entertainment Lions, as well as Film, Film Craft and Branded Content Mediums in Lions Health.

Tom's, the company known for its "One for One" initiative that bestows a pair of shoes to children in need for every pair a customer buys, earned the Cannes LionHeart award, which honors a person or company that has made a positive impact on people or the planet through innovative use of its commercial brand power.