Why Cannes Is Courting China. Plus: Three Mainland Agencies to Watch 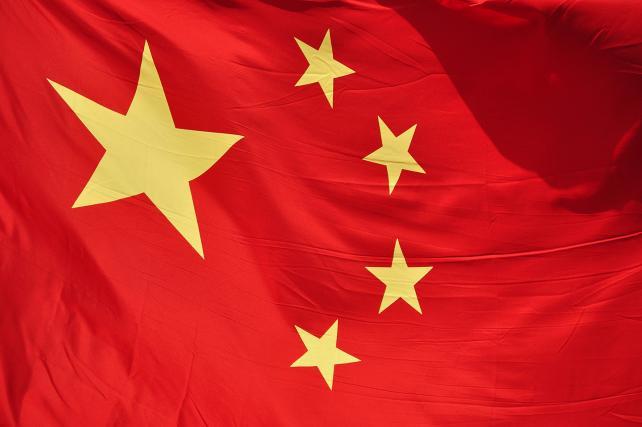 Cannes this year will include a China Day, when classical pianist Lang Lang will muse about music, marketing and brands. Papi Jiang, an online celebrity whose microblog has 23 million fans, will spill secrets of viral content. Chinese internet giant Alibaba Group is sponsoring the Lions Innovation speaker lineup. Its rival Tencent set up an account for the festival on all-purpose app WeChat, where Chinese attendees can buy delegate passes and ask festival organizers questions in their own language.

The festival generated total revenue of $72 million last year. There's growth potential in courting the Chinese market, especially as global ad players like WPP look to cut costs at Cannes. China is the world's second-biggest ad market after the U.S., but it's still underrepresented at major global festivals. Plus, China has giant internet companies interested in soaking up more ad dollars from global brands, as well as its own big local agency groups -- both of which can sponsor or host Cannes events.

There are signs that China is getting more interested in the festival too: Cannes awards entries from the country were up 10% last year to 1,022, and delegates increased in number by 12% to 328. In terms of awards, expect more of those too. China won just nine Lions last year, on par with markets a fraction of its size such as Romania, the Czech Republic, Portugal and Italy. In better years, China has won far more Lions.

China's government is encouraging companies to build strong brands that resonate better inside and outside the country. Cannes can play into that by being a place where Chinese brands and agencies can gain exposure to global creative ideas and thinkers, and vice versa.

And at a time when WeChat's and Alibaba's platforms are no longer copycats but offer some of the most innovative digital experiences around, Cannes can be a place for the world to learn about them.

"There's an awareness in the market that, especially in areas like social, mobile and e-commerce, China is a leader," said Cannes Lions Chairman Terry Savage, who leads the festival's China outreach. "Probably from a global perspective, they are at the very top."

Cannes isn't the only global festival reaching out more to China. The London International Awards, with judging to take place in Las Vegas in October, are debuting a new category for Chinese-language creativity wherever it comes from, with judges who speak the language. "The Chinese culture itself is very old and not that easy to translate to a non-Chinese-understanding person," Patricia Censoprano, LIA's senior VP, wrote in an email, adding that the new category would "truly recognize the quality of Chinese-language creative work."

There is some debate, however, about whether Chinese-language creativity gets lost in translation, compared with, say, Japanese creativity, which is well-represented on the awards scene.

There is something unusual, certainly, about the mainland Chinese ad market. Commercial advertising disappeared for years under the Communist Party in the mid-20th century and didn't resume until the late 1970s, after reforms. Major Western ad agencies didn't begin entering mainland China until about 25 years ago. The Chinese ad industry has grown fast, but it's still young.

"We are at the very early stages of what will be long-term," said Nils Andersson, regional creative president for TBWA/Asia, who has been in China 12 years. "Finding your voice takes time."

And the market environment has become very competitive for Chinese brands and international brands alike. That means strong creative ideas are essential now to cut through, he said.

But one reason China doesn't win more global creative awards is the fact that clients in China want work fast and for low budgets. When there is money to spend, they're looking for safe, tried-and-true ideas, not groundbreaking ones, said Jimmy Lam, group chief creative officer of local agency powerhouse Leo Digital Network. "You can see China produces a zillion works every day, right?" he said. "But many of them are not anything new. They're just there to do the job."

Mainland agencies, a growing presence at Cannes, are still figuring out what content appeals to international judges, and how to package it.

"To win an award, you need to understand the rules of the game," said Lam, who is also the president of Asian festival AdFest. "Just like if you don't know the techniques or the rules of the 110-meter hurdle, no matter how strong you are, you're not going to win."

Many small creative shops have popped up in China, with founders who learned their craft at big international agencies before going out on their own. Here are three of the most buzzed-about.

With just 33 people on staff, W has huge ambitions -- and it ignores the usual limits of creative startup agencies. With manufacturer 700Bike, it launched a new brand of internet-connected bicycle, with plans to split the costs and profits 50-50 with the manufacturer. The agency shot an out-there brand film for the bike at a love hotel in Taiwan; it culminates with the protagonist riding off into the dark, naked.

Founded by former Wieden & Kennedy creative Water Li in late 2014, the agency also has a five-person in-house team of composers and musicians. For a Shanghai music festival last fall, creatives wrote over 20 original songs for clients including New Balance and Chinese e-commerce company JD.com, putting the tunes into listening booths at the venue and performing some onstage. The agency also helped reinvigorate the Timberland brand in China and has submitted a case study on that campaign to Cannes.

The Nine has attracted a lot of attention since it opened in September under former Ogilvy & Mather Shanghai Group Creative Director Jody Xiong. The startup, with staff of 12, won two Graphite Pencils at the D&AD Awards, including one for an Amnesty International campaign that showed dissidents imprisoned inside the heads of dictators. More recently, it did a video for an Alibaba auction day that evoked a "Star Wars"-like science-fiction movie with products floating in outer space. The agency is sending work to Cannes too.

Karma was founded in Shanghai on Dec. 22, 2012, the day after the world was supposed to end, according to some interpretations of the ancient Mayan calendar. It didn't, and agency founder and Executive Creative Director Kama Zhang figured it was a good time for a fresh start. Zhang, a former OgilvyOne staffer, has built up the agency into a 25-member team known for edgy, youthful ideas. To avoid the routine, it only takes project work. For Pizza Hut, it created a cartoon character promoting a limited-edition pizza with stinky durian fruit, complete with mobile games and commercials. And its energetic sports spots helped build the brand of Keep, a Chinese fitness app whose offices Apple CEO Tim Cook visited during a trip to China.