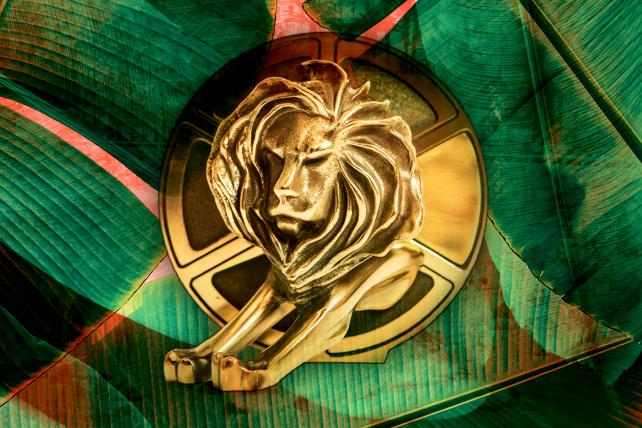 Day Three at Cannes is a big one for Ad Age. Today we'll host our annual lawn party, where we'll honor the winner of our cover contest, Dany Alberto Sosa Gálvez, who answered the brief with an image that attempts to crack the defeatism around gun violence.

At noon, Ad Age Editor Brian Braiker will lead a conversation with Hearts & Science CEO Scott Hagedorn and Tristan Harris, a former Google design ethicist, about platform addiction and its consequences. Braiker will be back a few hours later to spin records with Havas creative chiefs Jason Peterson and Harry Bernstein. To attend either one, get more info here.

At the Palais today, we'll be looking forward to Apple's Angela Ahrendts and Tor Myhren, the former Grey chief creative, talking retail transformation. MediaLink CEO Michael Kassan will interview Tyler Perry about "the art of the hustle." And organizers will hand out Lions trophies in categories including Film Craft, Digital Craft, Entertainment and Brand Experience and Activation.

Also: look out for our podcast with Michael Wolff!

Stick with us all day.

The average smartphone user checks their apps a whopping 88 times a day, according to new research from Hearts & Science and Omnicom Media Group RISE—and it seems to be affecting more than attention spans. The agency's three-part study looked at mobile behavior, how people use apps, and the neurological impact of viewing ads. For that last part, researchers examined biometrics, eye-tracking and facial coding to see how people responded to advertising in traditional linear TV and mobile apps. Turns out, while consumers' "biometric intensity" decreases when watching TV ads and is neutral when exposed to native units, it increases in negative emotional reactions when interrupted by mobile take-over units, the research says. 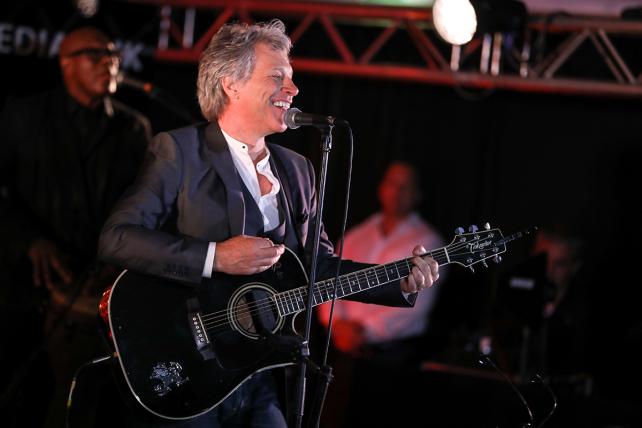 The sunset from the terrace of the Hotel du Cap Eden Roc, a cliffside hotel looking out over the Mediterranean, is anything but the same sunset seen by those who haven't spent the last four days sipping rose on yachts.

The annual soiree hosted by MediaLink and iHeartMedia was certainly a who's who in media, marketing and entertainment. And it was apparently a more crowded gathering than in years past, according to many of those in attendance.

For a first-timer, the evening was a highlight of the annual advertising confab and a chance to rub elbows with a high concentration of the industry's biggest dealmakers, even if the conversations had some very similar themes, including brand trust and safety, a push for diversity and M&A in media.

Katie Couric made an appearance amid the launch of her partnership with Procter & Gamble. Couric is working with the consumer packaged-goods giant on a digital series that will run on the theSkimm, where she will interview accomplished women in various fields. Couric says the partnership is part of a broader initiative at her Katie Couric Media to work with brands to create content. The idea for the P&G series emerged while working with the #SeeHer campaign, an initiative with the Association of National Advertisers to help eliminate gender bias in media. The long-time broadcast journalist seems like she is moving away from working with just one platform, the way she did when she signed on to serve as global news anchor for Yahoo in 2014. Couric says she is instead focused on creating individual pieces of content or series and then going to find the right platform for it to live. Couric is currently in conversations with other brands to create sponsored content.

Ryan Seacrest, who isn't a stranger to the Cannes Lions Festival, was also in attendance, as well as former women's soccer star Abby Wambach.

Jon Bon Jovi played a set including "Livin' on a Prayer" and "It's My Life" with a decidedly emo feel. 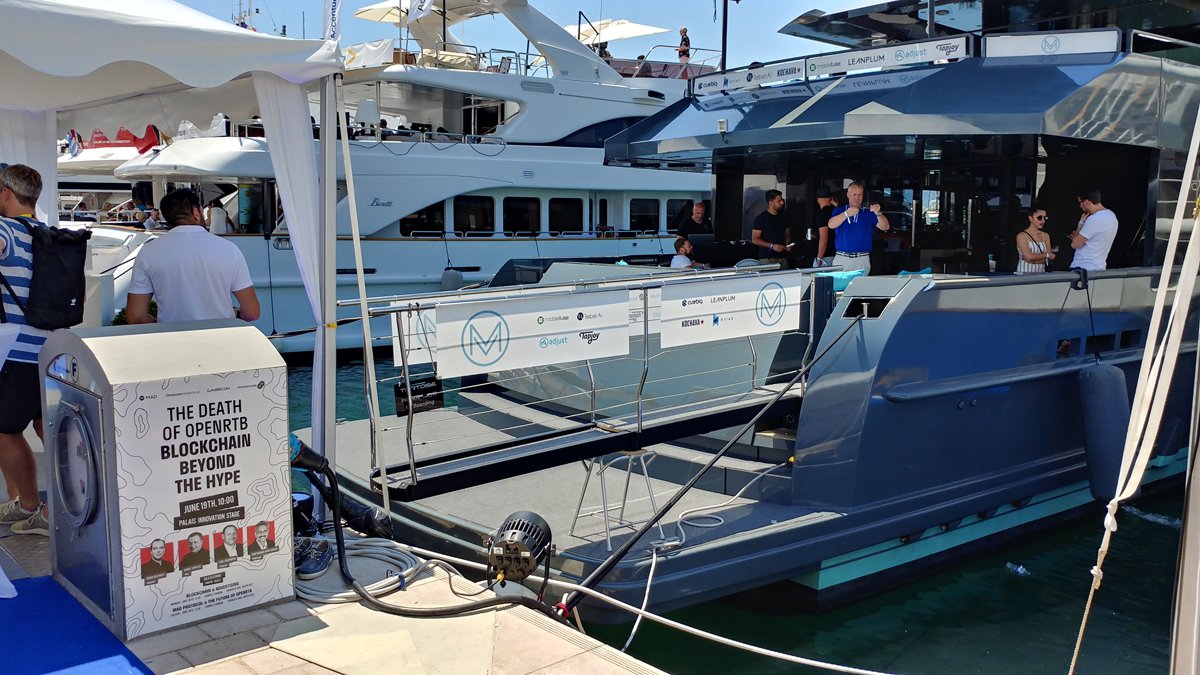 Before Cannes, GSK Consumer Health Chief Digital Officer Marc Speichert predicted there would be a lot fewer ad-tech yachts in Cannes this year because of industry consolidation. He was right. The marina next to the Palais, once packed with yachts sponsored ad-tech players, looks a bit like the gap-toothed smile of an industry that's taken a few punches. Many of the boats there have no obvious sponsors. In some cases, up to eight ad-tech companies have piled into a single yacht, as if to say "we're all in the same boat." Luma Partners CEO Terence Kawaja is still around, but hasn't bothered to tweet a Cannes yacht edition of his ad-tech Lumascape this year. It's not just about consolidation. Ad-tech players say venture-capital firms have gotten pickier, more demanding and skeptical about the space, which translates into less money for yachts. But there remains plenty of talk about AI and blockchain, and money to throw around. Ad-tech player Braze (formerly Appboy) has skipped the yacht approach in favor of a big "Shift Happens" billboard on the Croisette and giving away Frose – frozen rose – pops from a cart next to the remaining yachts.

Publicis leaders gave a presentation about Marcel at the Palais Tuesday afternoon—a year after the agency holding company announced it would build the AI tool. The presentation included leaders fielding video questions about AI, creativity and the industry's future from creatives including Lee Clow, Gerry Graf and David Droga. Asked whether there was such a thing as artificial creativity, Global Chief Creative Officer Nick Law said this: "You've probably noticed something about creative people—we're a bunch of fuckin' freaks. We're very difficult to manage. We synthesize all the pain and the agony and all the sorrow and the jealousy into creativity—that's what we do. We have this fuel, this human fuel. The reason that humans are creative is because of that, is because we take all of these things that are unknowable and we turn them into beautiful things. Machines can't do that. Humans do that. I don't believe in artificial creativity. By definition I think creativity is human."

One of the surprises this year at Cannes is Philip Morris International's installation on the beach, which is not far from Pinterest Pier and the Carlton Hotel. Other companies with that kind of build-out sell ads in one way or the other and presumably shelled out for their Cannes displays to impress potential customers. Philip Morris seems to be on hand to convince agencies and media sellers that its products are getting safer—i.e., are not the poison sticks that Don Draper would ostentatiously swear off selling, and a fine category for media companies to take ads from.

The spacious PMI Science Lounge (#SmokeFreeFuture) includes sleek vaping equipment under glass and big touch screens describing "The Path of Progress" and "Our Findings to Date" on e-cigarette health risks. The company's Platform 1 tech (its smokeless products), you might be happy to know, "is less likely to cause damage to your body."

Also on hand, although not in action Tuesday afternoon: Robot arms ready to pour drinks in lieu of human bartenders. 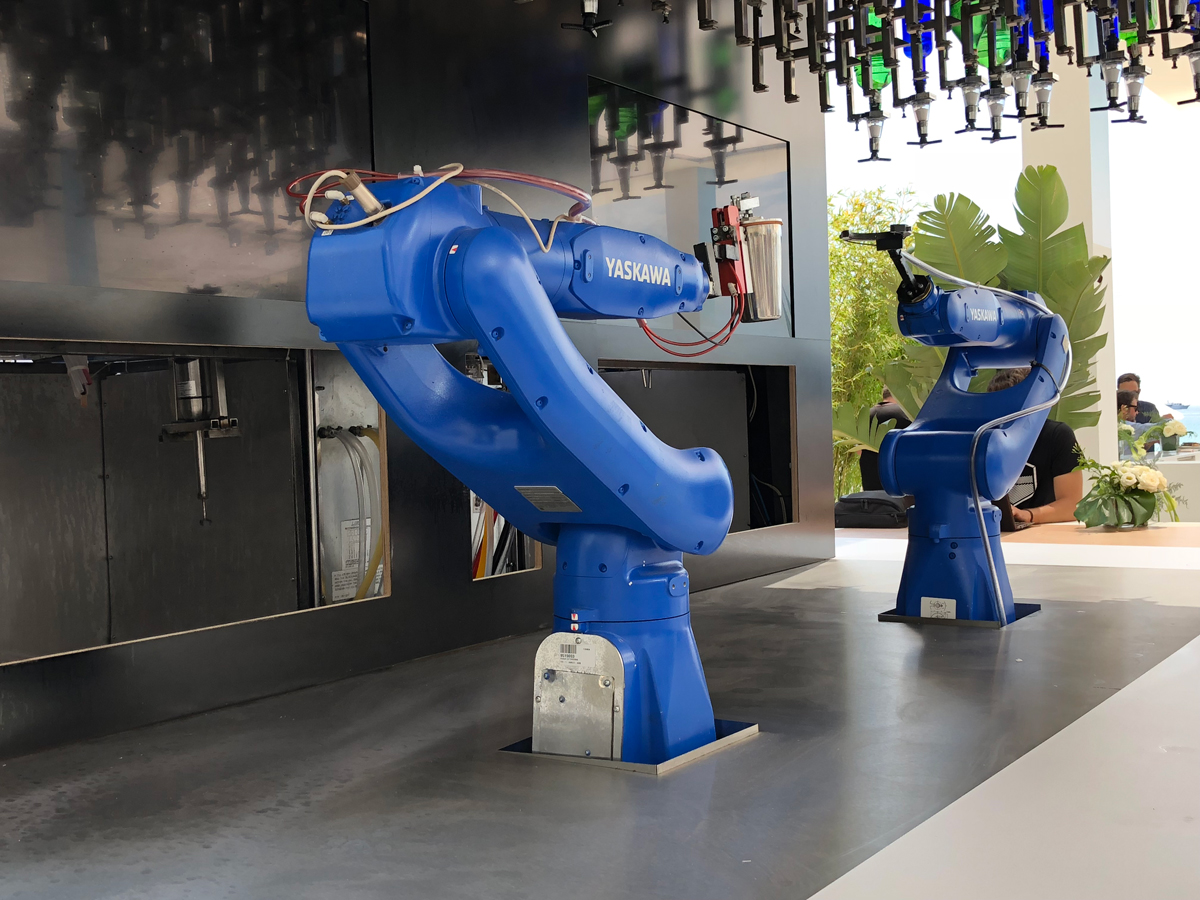 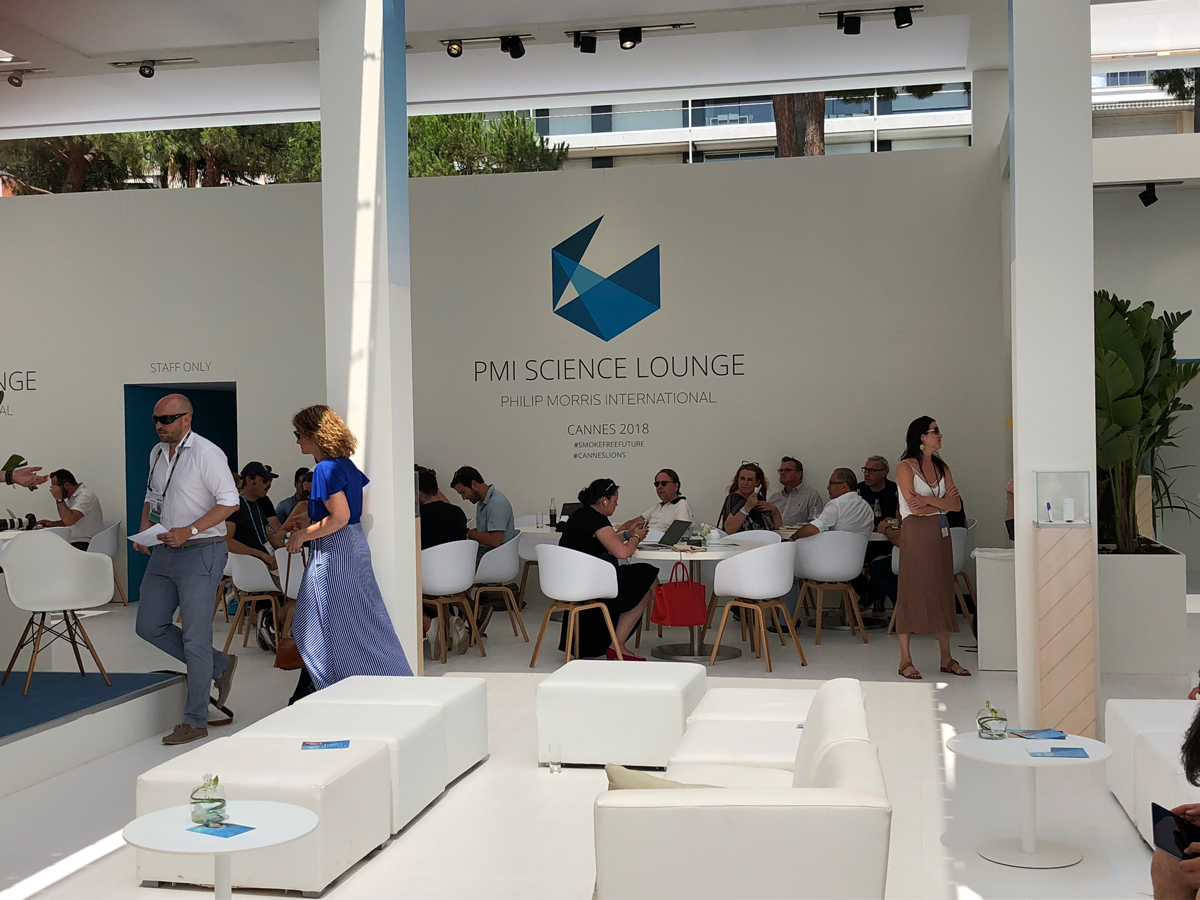 Judging by the shape of Cannes-ites in the wee hours of this morning, I was surprised to find a totally packed house at the IPG Global Women's Breakfast. Olympic fencer Ibtihaj Muhammad and Facebook VP of Global Marketing Solutions Carolyn Everson joined a slew of panels and interviews, with Me Too movement's founder Tarana Burke, activist Gloria Steinem and BBC's Zeinab Badawi closing out. Asked whether we've reached a watershed moment with movements like Me Too and Time's Up, Steinem said: "It is a watershed moment because it's now majority consciousness, at least, and women are being believed … more than any other time in my life. So it is a watershed moment, but it depends on what we do every day. Revolutions, social change, they're like trees, they do not grow from the top, they grow from the bottom. So, just little things...if a man comments on your appearance, comment back. It's the power to define." 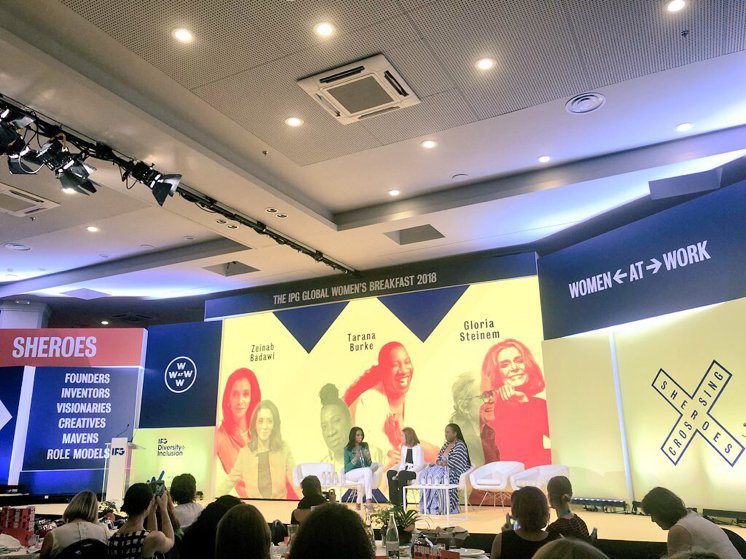 That thing where you have a 9 a.m. meeting after you've been up til 4 (networking, I swear) ... and no one else shows up. Happy Wednesday.

The music world has become a dark place, filled with songs Simon Fuller, creator of "American Idol" and backer of the Spice Girls, won't let his 7-year-old daughter listen to. That's why he began two years ago putting together Now United, a pop band of 14 teenagers from as many countries that he describes as "the most blatantly positive pop group I could come up with."

Thanks to a partnership announced Tuesday at Cannes, Now United is becoming a sort of house band for Unilever's Rexona/Degree/Sure deodorant. It's part of Unilever's program to challenge stereotypical gender roles in advertising and entertainment.

Exactly how Unilever will mash up this very positive band of global teens with a deodorant brand remains under discussion, says Aline Santos, senior VP of marketing for Unilever.

Combined with a recently announced content partnership between Unilever and Cartoon Network's "Steven Universe" series around self-esteem and anti-bullying issues, it's all part of an effort to "shape culture in a way that's positive, that's inclusive," Santos says.

She can smell success in teen spirit. "We are big advertisers," Santos says, so the content producers have an interest in having content we want to invest our dollars behind."

"What I'm trying to present to the world is at odds with what all the big platforms are pushing," Fuller says. "We live in a very dark world, and the music industry is very dark for good reason. But historically you've always had the balance, and right now there just isn't."

But turning to Santos, he adds: "You have helped me go around gatekeepers, and that is powerful." 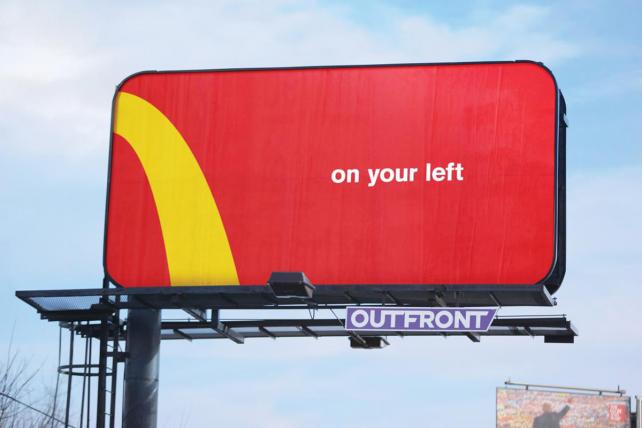 Cannes also handed out trophies in the radio and audio, print and publishing, mobile and design categories. See all the Grand Prix winners so far here. 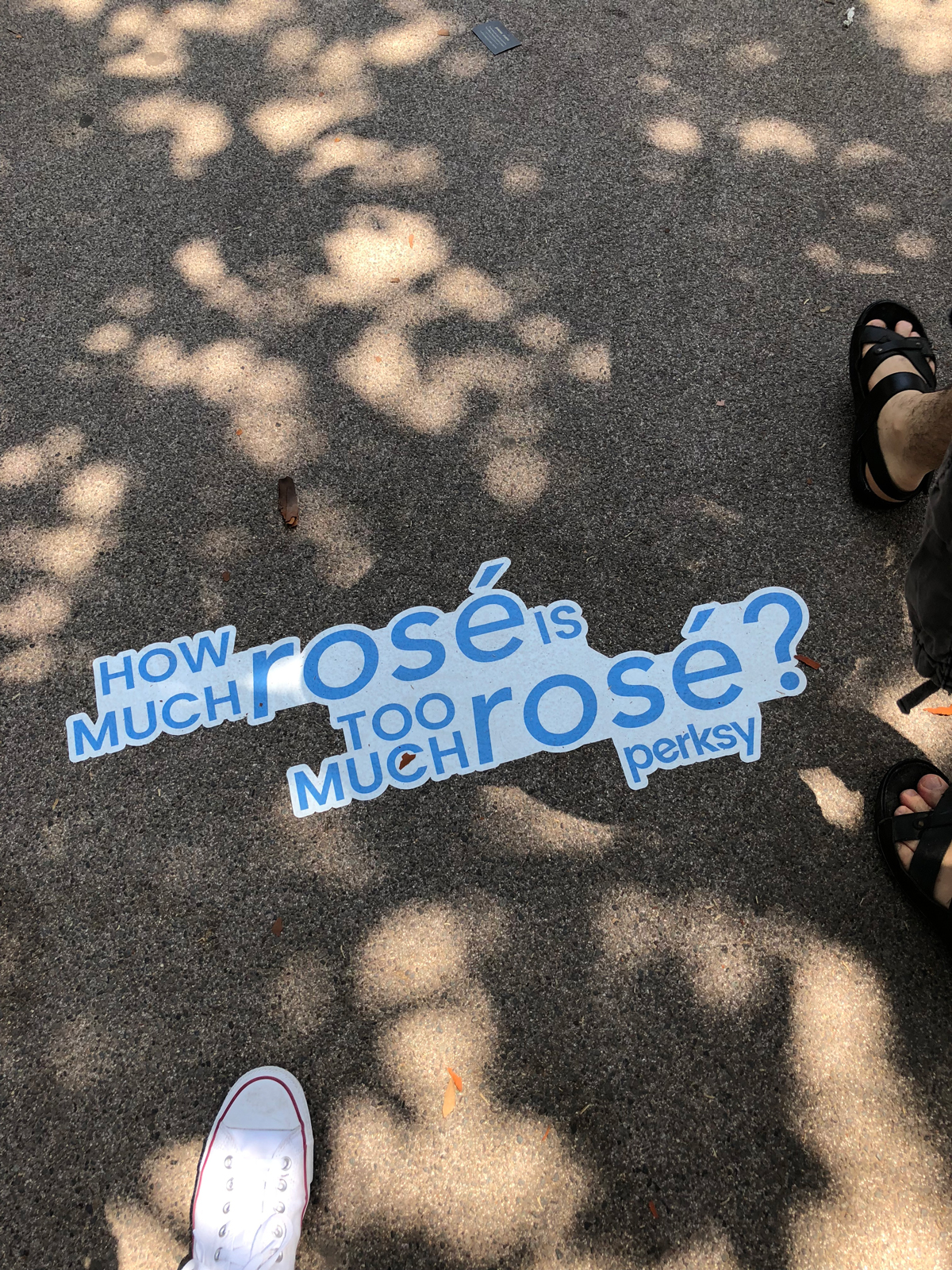 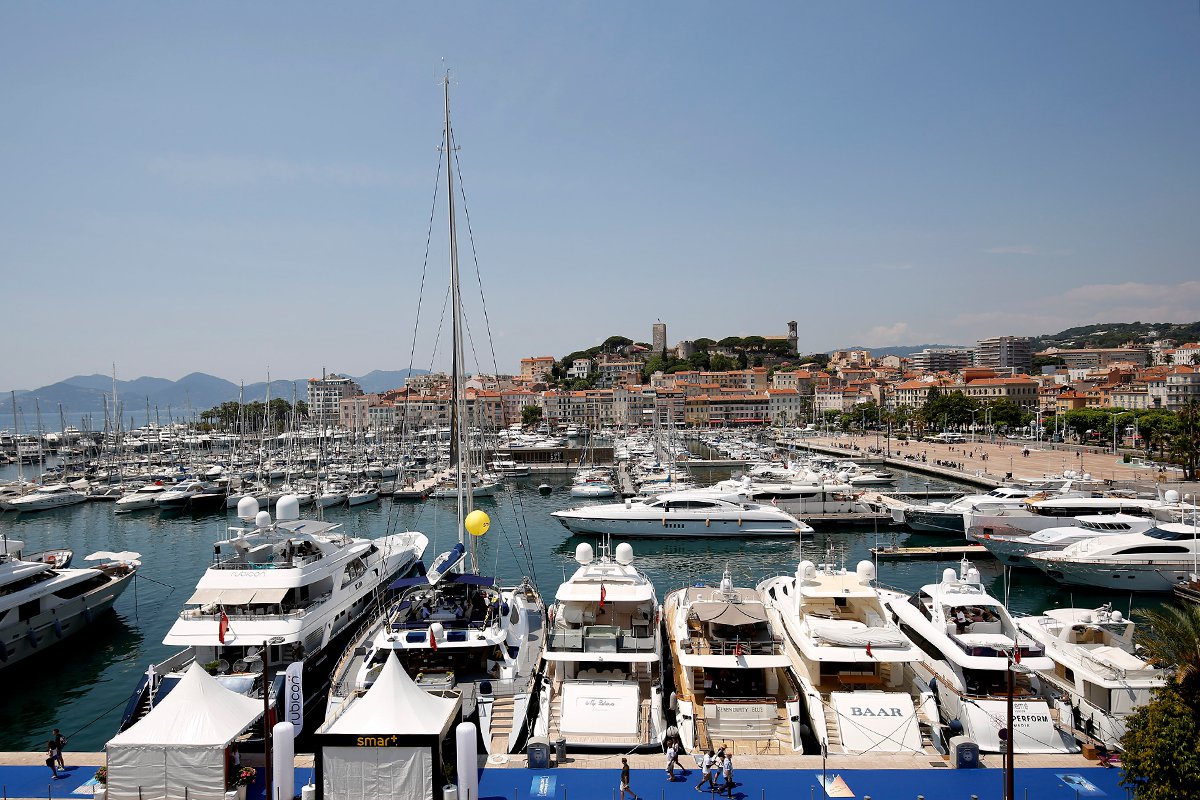