'Accepting extreme or urgent need as a starting point compels us to push harder, to peel more layers, to raise the bar of tech-enabled possibility to new heights' 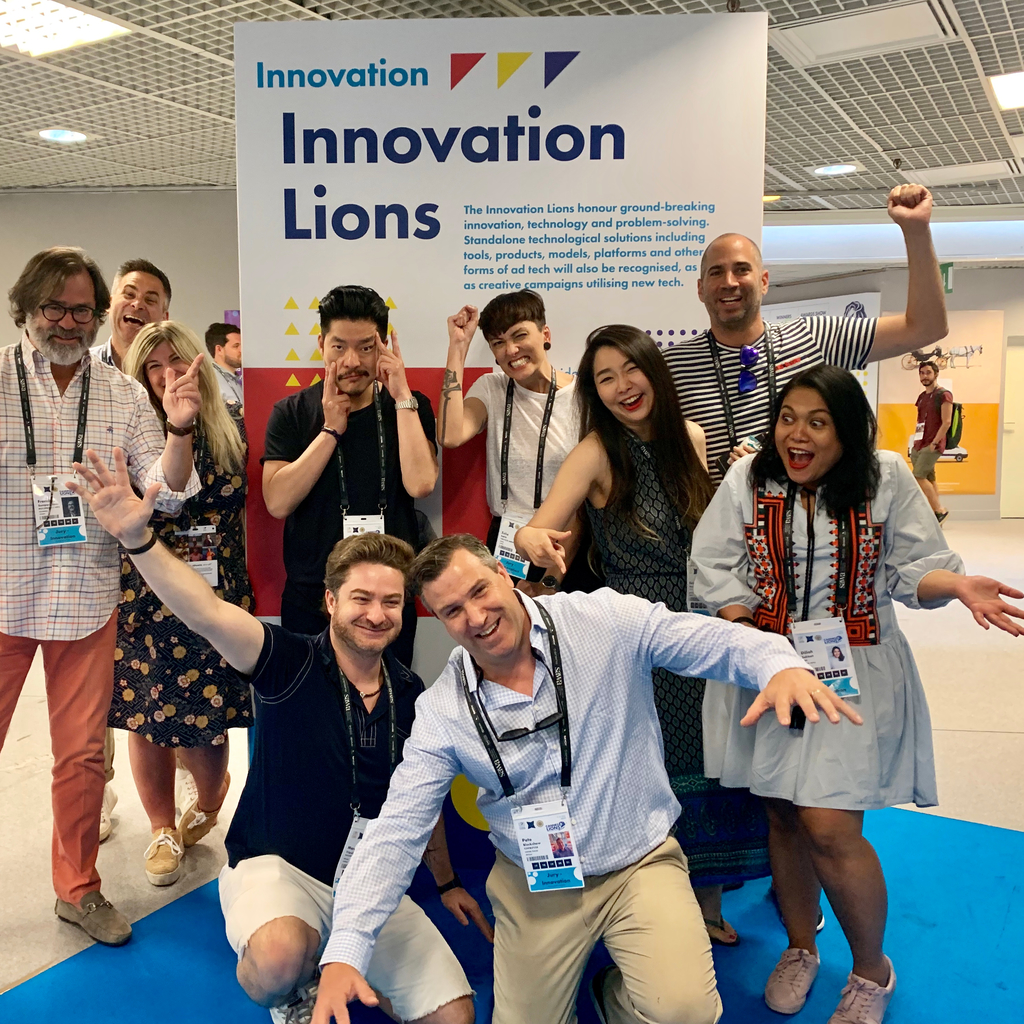 A persistent thought began to percolate among the jurors toward the end of our week-long judging stint for the Cannes Lions Innovation category: Do extreme challenges inspire the best innovation?

After reviewing almost 200 entries, and choosing 25 for the final round, the answer became obvious: Damn right they do!

Four of our winners, including the Gold and Grand Prix winners, addressed disability issues. Two others took on huge challenges around vexing CO2 emissions. Our final award hit the heart of the world’s extreme and unconscionable food waste.

None of this was planned. There was no social or political agenda among the jurors. Our Jury President, Bill Yom, global creative director of Cheil Worldwide, didn’t push us in this direction. We were simply on the look-out for inspiring, high-impact, knock-your-socks-off innovation, from applied and early stage technology to scalable innovation and business transformation.

Inspiring, high-impact work
Our Grand Prix winner, See Sound, a smart-home hearing system for the Deaf, passed this test big-time, opening up entirely new possibilities for 5% of the world’s population. Few electronic products—not even Google Assistant or Amazon Alexa—differentiate sounds. Our jury was blown away by See Sound’s ingenuity and resourcefulness, including how they “hacked” YouTube’s video database to map millions of sounds.

Microsoft’s Xbox “Changing the Game,” our Gold Lion selection, designed a controller for gamers with limited mobility, demonstrating the power of accessible tech to level the playing field and make gaming more inclusive.

Ikea Israel used custom 3D printing to develop a powerful new line of products called “ThisAbles” that bridges gaps between existing Ikea products and the special needs of those with disabilities.

Bronze Lion winner (and Grand Prix winner in the Creative E-commerce category) Doconomy created the first credit card that uses big data to set CO2-emission limits, stopping you from overspending based on the impact caused by your consumption.

Lego and the Lego Foundation addressed the needs of visually impaired children with “Braille Bricks” that help these children experience the power of play.

"This is a Tree” addresses air pollution in the Philippines with special paint that's proven to reduce harmful nitrogen oxides by 20%. The Boysen Pacific Paints brand painted a massive, colorful mural using its paint along Manila’s busiest highway with high levels of vehicle emissions. One square meter of painted artwork has the air-cleaning power of one tree!

Mimica Touch provides a crazy simple way to find out if your food is fresh. A label is fixed onto the packaging of the product itself and becomes bumpy when food has expired. Once the seal’s broken, the label deteriorates at the same speed as the liquid/food contained within.

Inspirational in any language
Our judging panel, which represented voices from across the globe—Japan, Austria, U.K., Israel, Colombia, Brazil, Sweden, Germany, and the U.S.—marveled at these amazing innovations, and even more at their inspiration.

Entrepreneurs are fond of saying “necessity is the mother of invention,” but we saw something far more powerful than mere necessity. These innovations were inspired by extreme and often urgent needs. They tackled some of the world’s most-vexing challenges—challenges that surely seemed unsolvable until these teams took them on.

Accepting extreme or urgent need as a starting point compels us to push harder, to peel more layers, to raise the bar of tech-enabled possibility to new heights. It also insures us against the false promise of incrementalism. The best innovators are not in the business of surfing trends. They’re in the business of disruption. They’re creating “breaks” in the pattern that redefine what’s possible.

They’re able to do this because they embrace a far-more-diverse set of needs than conventional innovators go after. They look for pain-points that are often not the focus of major innovation efforts. Diverse needs, such as those facing people with disabilities, open our minds in ways that more-common needs do not. They simply demand more of us as innovators. And as human beings.

Empathy seeds innovation
Which brings me to the most-fundamental observation I’ve made from this week in Cannes: Innovation that solves the "unsolvable" almost always springs from empathy. When we say, “there is a need, there is a way, and I’m going to find it or create it,” we open gateways to new possibilities and, ultimately, to brand and business growth.

In brief after brief that our judging panel reviewed this week, we were consistently inspired by those most clearly driven by empathy. The tech-enabled solutions often fueled the “wow” effect, but it was the underlying empathy that convinced us the winning entries were, in fact, the best ones.

As I return home from this year’s festival, I’ll be looking even harder for innovation opportunities driven by extreme, urgent and seemingly unsolvable needs.  Serving on the Cannes Innovation Jury has provided me with a massive “cheat sheet.” But it’s also inspired me to believe that anything is possible.

As long as we care enough to say, “There is a need and there is a way.”

To watch a short video of reflections from members of the 2019 Cannes Lions Innovation jury, including comments on the process, decisions and on the definition of innovation, click here.

Pete Blackshaw is CEO at Cintrifuse