Why CMOs Shouldn't Hate Agencies That Are Lion-Obsessed

In John Immesoete's recent Ad Age op-ed, "Here's Why CMOs Hate Agencies That Are Lion-Obsessed," he describes a chief marketing officer who came to his agency and told him what he thinks about agencies that win awards. It's not pretty:

"I'm a CMO of a company that is losing sales, bleeding to death slowly. I need solutions for growth. You know why? Because we have an accountability to our investors, shareholders and board to grow. I need people who can help me achieve this, not win Cannes Lions. And this is why we hate you."

To be clear, I completely understand why a CMO couldn't care less about whether or not an agency has won awards, and I think it's fruitless to bring them up at all in new business meetings. However, the prevalent notion that the work that wins in places like Cannes is different from advertising that actually drives sales could not be further from the truth.

From this CMO's perspective, the hype around "creativity" is just a big masturbatory exercise for stunted artists who are getting their kicks off his brand's dime. This line of thinking makes sense if you're worried solely about the interests of shareholders, investors and bosses. But there's another party in this equation that needs to be accounted for: the audience.

The poor people who are going to be subjected to whatever content the brand puts out in the world, interrupting binge watching and web browsing loudly and rudely, should be the CMO's top priority because they are his actual customers. Luckily, these are the exact people that his agency creative departments are trying to win over on the brand's behalf. Creatives know that to the average human being, a half-amusing Geico ad is a welcome respite from the monotonous onslaught of testimonials and generic aspirational lifestyle imagery thrown at them for 14 minutes of every hour on TV.

The aforementioned CMO claims that he is losing sales and bleeding to death slowly. Sounds to me like a highly creative campaign is exactly what he needs, not a harder working FSI program. It certainly worked for Old Spice, which saw sales increase 107% after hiring Wieden & Kennedy and winning the Cannes Lions Film Grand Prix in 2010. The Domino's Mea Culpa campaign by Crispin turned the brand completely around (and won a few Lions in the process). Shareholders were surely happy seeing the stock go from $8.76 to $106.

Are we actually to believe that our CMO would be pounding the pavement right now had he greenlighted this year's triple-Grand Prix winning Fearless Girl -- a single bronze statue that managed to be covered by every single national news outlet, sometimes over the course of multiple days, after its installation? The ROI on that statue is probably pretty decent. What about campaigns like Always' "Like a Girl"? Awards show fluff? Examples of the power of creative advertising are everywhere, and it's no coincidence the things our angry CMO is worried about -- shareholder value and sales -- are exactly the things that great creative ads are ultimately geared to drive. Don't believe me? Ask Dollar Shave Club, which was just purchased by Unilever for $1 billion in a sale that would unquestionably never have happened were it not for a single piece of amazing creative advertising.

This CMO claims that our "industry is in huge trouble" because there's too much drive to create type of work that's winning at Cannes. I'd argue that the trouble comes from there not being enough of it. 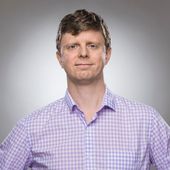