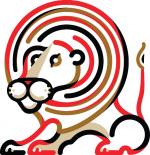 The pair brought soul to sheet metal for the endearing Toyota campaign "Más Que un Auto." The effort allowed consumers to make the nicknames they've given to their beloved cars "official," with the help of custom car badges in the automaker's typeface. The campaign unexpectedly unearthed a number of touching consumer stories that will soon become films. It also includes a contest that will make one Toyota fan and his or her car the stars of a broadcast ad.

"We had been talking about many things but came to the conclusion that people consider cars as part of their family, and all the things people love in life they name, including their cars, and that's when the idea was born," said the San Diego, Calif.-born, Tijuana, Mexico-raised art director Ms. Espejel, 30, who began her career in advertising at L.A.-based La Agencia de Orci.

The pair also created meaningful work around beer, with a campaign promoting Budweiser's sponsorship of the "Cesar Chavez" 2014 feature film. "Projecting History" celebrated real-life farmworkers with a special preview screening at The Forty Acres in Delano, Calif., where Mr. Chavez started his movement to secure rights protecting farmworkers. "The movie was inspired by real people, and it was amazing to give them the opportunity to be the heroes of this story too," said Mexico-born copywriter Ms. Angeles, 29, who started in the industry eight years ago at JWT Mexico City. "The feeling right there, with people cheering, it was so incredible, a very touching movement."

"It's not always you have a chance to connect with the audience in such an emotional way," added Ms. Espejel. "To make someone feel special, that's one of the moments it's amazing to work in advertising."

While the pair's work can easily bring audiences to tears, for them, the process of making ads is all about fun. "It's not easy to sit down and come up with ideas," said Ms. Espejel. "We tackle problems first by making it fun. We have to take out the seriousness." Nevertheless, "sometimes the things that seem most difficult, the ones you're most scared of, are the ones that you should be doing. Sometimes you get a brief, you get scared. But once you tackle it, you'll get good results."

As for what each brings to the team, "Grace brings me back to earth when I go a little crazy," said Ms. Angeles. "I tend to go big. And I really respect her work. She makes everything look great. She does this thing where she draws out our ideas that helps make it easier for us to visualize what we're doing."

"One of the great things about Marcie is that she's very self-motivated," said Ms. Espejel. "If something gets into her head, she'll accomplish it, and that's important in advertising where you get a lots of up and downs."

See more of the 2015 Creatives You Should Know.