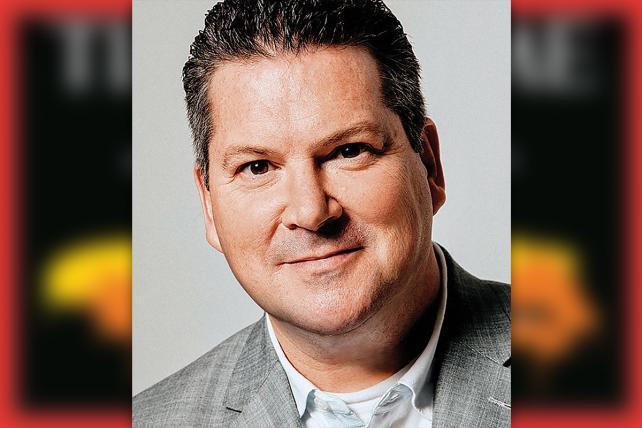 In his modest office at Time headquarters in downtown Manhattan, D.W. Pine is showing off video footage of the making of the magazine's recent "The Drone Age" cover. To create it, Intel sent nearly a thousand drones skyward and into precise formation to render the Time logo and its signature red border. "The cool thing is, it's like, you know, I'd never done this before," Pine says, with an air of genuine wonder.

You get the sense that doing the drone cover was not only a helluva lot of fun, but a welcome reprieve from the many Trump covers Pine has overseen.

Think of Time's cover—which Pine, the magazine's creative director, masterminds each week—as not only one of the most enduring and iconic pieces of media real estate, but an ongoing creative campaign. One that has to perfectly nail a news-driven moment (many of which, of course, have been personally driven by one Donald J. Trump) as well as embody the magazine's brand and editorial sensibility while still feeling fresh and surprising.

"What I've always loved about the 'Meltdown' cover is it's just two colors, just orange and yellow," says Pine. "And the melting version of it, you still know it's Trump. It's like Edel and Time created this new visual language for the president." 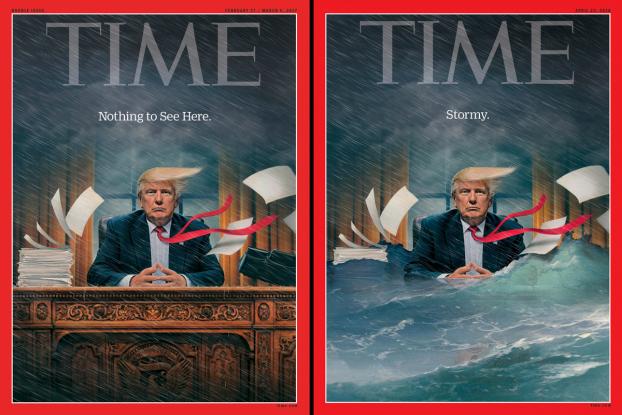 Time Magazine 'Nothing to See Here' and 'Stormy' covers

Pine's approach to developing cover concepts is open-door collaborative. And as you might expect from a guy who had a previous life as a sports-writer—at The Atlanta Journal-Constitution—it's text-driven. A proposed cover line often informs the visuals.

"Editors and writers—and really kind of anybody on staff—pop into my office and say, 'What about this line?' And we're just, like, crafting lines. ... Then Edward [Felsenthal, Time's editor-in-chief] makes the final call."

Pine adds that "we know we don't have a lot of time to grab your attention. We've become more relevant with the covers in the last 18 months to two years. And Trump has a lot to do with that, of course, because people are really trying to understand this incredibly complicated world. And it's our job to break that down and really help them figure it out, sometimes in a fun way, sometimes in a very graphic way, but always with a very strong visual statement. So I look at the cover more as a poster. That's what the Time cover is right now."