How to Reduce the Danger of Risky Creative

Guest Post: Good Clients Want to Go Near the Edge, but Not Over It
READ THIS NEXT
Cannes Lions 2023 jury presidents include Bruno Bertelli, Devika Bulchandani and Javier Campopiano
Chipotle's Grand Prix-winning work was grim, but tapped the connection between our food and our world that every human can feel.
Credit:

With another round of advertising's top honors bestowed, you can expect to see some people soon dashing from the Cannes Lions to the edge of the cliff.

No, it's not a mass suicide by the world's most consequential marketers. It's that after sitting through a blizzard of notably great work, brand stewards are hell-bent on elevating their own marketing efforts. The flight home from Cannes was spent tapping out calls for something funnier or sharper or edgier. But is that really such a good idea?

It is if you can pull it off. It is when you see all those guys named Ronald McDonald pitching Taco Bell's breakfast tacos. It is when you're laughing at the long-haired man getting a shampoo while coddling his Southern Comfort.

Edgy and effective work begins with a symbiotic relationship between the client and agency -- a client willing to be pushed and an agency that knows how far to push. CMOs want their agencies to push them to the edge of the cliff, not over it.

That's the right idea. It is on that solid side of the edge where you find those bold ideas that provoke initial discomfort but no broken bones.

So how do you get to just the edge of the cliff? The path to Cannes is paved by such practical steps as these:

Obsess on the target. So long as your team never takes its eyes off the people meant to hear what you've got to say throughout the creative process, then you're protected from creative vanity. It is that target, not senior executives within the company, who'll decide whether an idea is inspired or contrived.

But don't ignore the boss. It's natural to keep top executives out of the messy making of ads and other communications, but it's an old habit that ought to be tossed over that nearby cliff edge. This doesn't mean your CEO should edit copy, but it does mean that keeping the C-suite apprised of new marketing initiatives will avoid the most frustrating situations, like when you're producing work that, um, it turns out your CEO hates.

Don't let 'boring' categories be an excuse. Remember when insurance was a snooze of a category? That was before the Geico Gecko and Allstate's Mayhem guy. If they did it, so can you, even if your spouse thinks you work in the dullest industry on the planet.

Test, don't over-test. Go lightly on testing creative, but (sorry, chief creative officers) putting creative out in the market in limited ways can make the work better before you go wide with it. Not crazy CPG-level testing because, as Bono said at Cannes, "You can't market research what people want next." But don't fear putting work in the market, in context, to find out how to make it better. The larger point is, push for a culture where failure isn't looked down upon like pleated daddy pants. You can tailor the work, if not your pants.

Maintain trust. Tell like it is so your internal team and your agency know you're giving your true thoughts to them straight up. Then they can trust you and believe in your brand. Yes: It sounds so simple, but then why doesn't it happen more often?

Remember that the devil's in the details, but maybe not the way you think. A great expression, but clearly not coined by an ad man because, no, you don't have to include every product benefit. Great work is not the sum total of great features explained. It's the artful expression of a brilliant idea.

Don't mistake edgy for enough. Great work marries edginess to some truth about the human condition. Volvo Trucks won the Grand Prix with its "Live Tests" campaign, including "Epic Split" with Jean-Claude Van Damme, marvelous work that touches on the desire for safety derived from precision. Chipotle's "The Scarecrow" tapped the connection between our food and our world that every human can feel.

Follow these steps and you'll be that much closer to leading your team to the edge of the cliff and maybe a Lion or two next year. 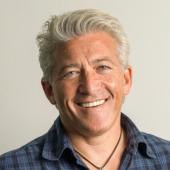 Lenny Stern
Lenny Stern is a co-founding partner at SS&K, which won five Cannes Lions for HBO's "Awkward Family Viewing."
View all articles by this author