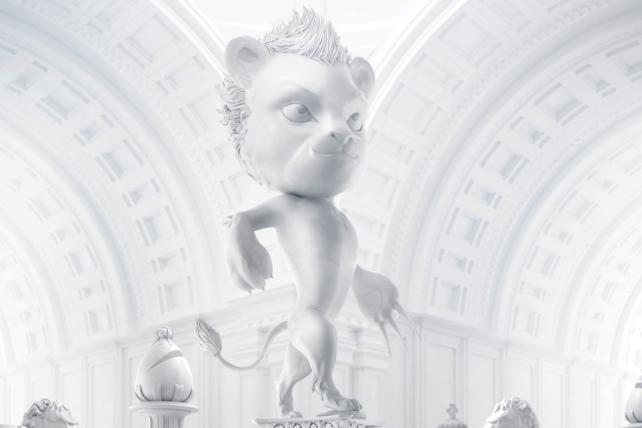 Today AKQA and the Cannes Lions International Festival of Creativity celebrated the 10th year of the annual Future Lions competition around the theme "Make Your Move." The contest was founded in 2005 and for the past decade has challenged student creatives to connect an audience to a brand in a way that wasn't possible three years ago.

The winning work represented a diverse mix of media platforms, as the contest has no limitations around media or technology.

A team from Miami Ad School in San Francisco and Europe -- Elton Rhee, Ludvig Pehrson and Luis Meyer -- conceived "Chromebook Type." Google recently invested in SpaceX microsatellite technology that would provide internet access to remote areas of the world, but the investment proves useless to the quarter of the globe's population without electricity. The team created a self-powered laptop whose keys are installed with Piezo-Electric nanogenerators that create energy from the pressure of typing.

The contest honored another team from Miami Ad School San Francisco, Divya Seshadri and Meghan D. O'Neill, who created a fun safe-driving solution for Heineken. The "Safe Stamp" is a flat microchip applied with temporary tattoo paper that gets placed on the bodies of bar or clubgoers and measures their blood alcohol content through their skin. Once the stamp glows blue, it shows the drinkers have surpassed the legal driving limit.

Andrea Raia, Andrea Zanino, Pierpaolo Bivio and Francesco Sguinzi of Italy's Fondazione Accademia di Comunicazione came up with another safety-minded innovation. "Uber First-Aid" utilized the popular car-on-demand service to bring rapid care to those in emergencies. It addresses the fact that in large metropolitan areas, the average wait time for emergency services to arrive surpasses seven minutes, but the new Uber service would shrink that to three. The idea provides Uber drivers certification with first-aid training and emergency kits, and they'd be dispatched through 911 to provide quick help until an ambulance arrives.

Yusol Shim of South Korea's KyungHee University/Bigant Academy also conceived another innovative social-minded idea for Snapchat called Snaphelp. The idea gives kids suffering from bullying quick access to professional counselors on Snapchat, a platform that might be more approachable for kids too embarrassed to go to their parents or school authorities.

Finally, Cheryl Su Yin of Singapore's Lasalle College of the Arts was behind the poetic "Treeprint" for World Wide Fund for Nature, an app that leverages the iPhone's fingerprint sensors to hook users up with trees whose rings resemble the markings on their digits. The app provides information on the trees such as location, threats of deforestation and its surrounding wildlife. More importantly, it enables users to donate to WWF via their Apple ID.

Sweden's Berghs School of Communication earned the honor of Future Lions "School of the Year" for the second consecutive year. The award goes to the school with the most shortlisted finalists in the competition.