Creatives you need to know: Evelina Rönnung and Hugo Wallmo 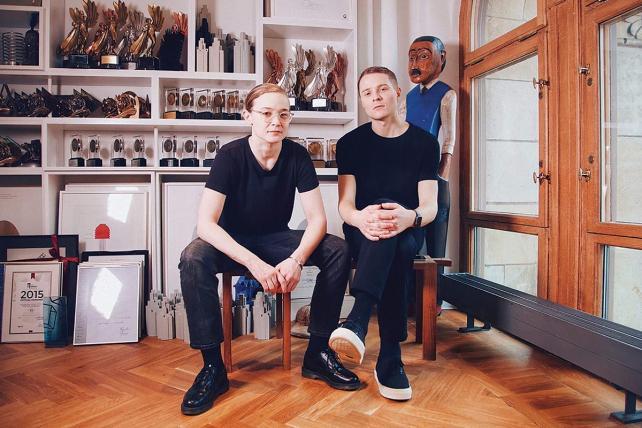 Doubling as a pregnancy test, the ingenious print ad for Ikea promoted the brand's Sundvik crib. It featured a strip with an enhanced version of the technology used in typical pregnancy tests; if the user was pregnant, the price shown on the ad dropped, reflecting a discount.

The two Swedes developed the idea for Åkestam Holst as part of Ikea's ongoing "Where Life Happens" campaign. "We wanted to stay true to everyday life but break some cultural advertising taboos by focusing on the moment you discover your family is about to become bigger—essentially, when you pee on a stick," says Rönnung.

Working with med-tech company Mercene Labs to develop the technology, which (fittingly) took nine months, was complicated. Challenges included making a strip compatible with a magazine page, and a way for the liquid to seal itself on the strip without leaking, says Wallmo.

"It made us realize we might've been naive when we said the infamous words, 'Let's just make a print ad out of a huge pregnancy test,' " he says.

The idea went viral and the work has notched awards at the One Show, D&AD, Art Directors Club, Sweden's Guldägget (Golden Egg) and New York Festivals. But its success goes beyond accolades: Mercene and others are further developing the technical advances to improve medical diagnostics.

Wallmo and Rönnung became a creative team during their studies at Berghs School of Communication in Stockholm, and Åkestam Holst hired them after graduation in January 2016. Other work includes a campaign for Reporters Without Borders, for which they digitally altered existing billboards in Google Street View to highlight silenced reporters around the world as well as a billboard for pharmacy chain Apotek Hjartat that "coughs" when people smoke nearby

Rönnung has since moved to Forsman & Bodenfors for the chance to work on global accounts. As for Wallmo, he says he's a fan of U.K. food-related advertising: "So, Weetabix, don't hesitate giving Åkestam Holst a call."