Advertising Age is inviting young creatives from anywhere in the world to design a cover for Ad Age's 2017 Cannes Issue, and will award the winner a trip to the Cannes Lions International Festival of Creativity. 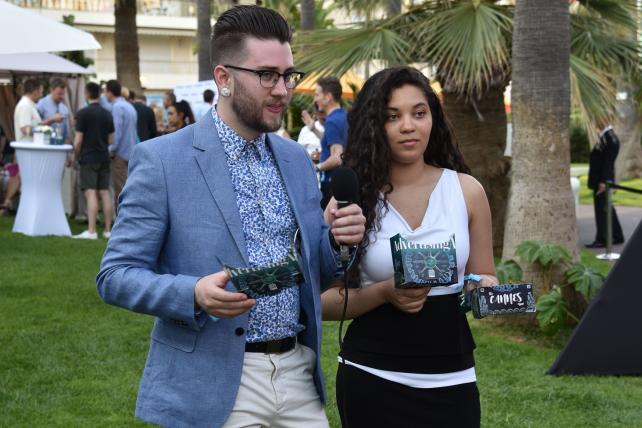 The deadline is April 20, 2017 but Ad Age will keep the entry site open until Monday, April 24 at noon EST to let young creatives who are working on entries to finish and submit their designs. To allow time to judge entries and choose the winner, there will be no further deadline extensions. All the information needed to enter is here.

Here's your challenge as part of our eighth annual cover competition: Create a visual capturing the essence of the creative process today. We're looking for a conceptual cover with a strong, impactful visual idea.

The winning entry will become the cover of the print edition of Ad Age's Cannes Issue, which will be published June 12, and distributed at the Cannes Lions festival the following week, as well as to all Ad Age subscribers.

The winner will receive a free trip to the 2017 Cannes festival, and the winner and finalists' designs will be displayed on billboards outside the Majestic Hotel at Cannes.

In the spirit of Cannes' own "Young Lions" contests, the Ad Age Young Creatives Cover Competition is open to agency creatives, students and freelance creatives ages 30 and under at the time of the festival. The idea is to inspire young creatives to join in important industry gatherings and offer a career-enhancing opportunity to those who are still junior in the business and not as likely to have agency financial support for a trip to the festival.

Entries must be original, and there is no cost to enter or limit on the number of designs that can be submitted. Entries will be judged by Ad Age and Creativity, and winners will be notified before the end of May 2016.

The cover competition is sponsored by online ad buying company The Trade Desk.

Last year's contest drew more than 400 entries and 11 finalists from around the world.

Feel free to check out our previous winners and the designs that took them to Cannes.

Last year's winners were two digital junior art directors from Omnicom's U.S. Hispanic agency Dieste. Reflecting their expertise in the digital world, Nicole Hamilton and Nicholas Ross created an immersive virtual reality experience that could be accessed by turning our cover into a viewer and adding your smartphone. For the first time, our cover was way more than a magazine cover. See Nicholas and Nicole's "A Window Into the Creative Process--a 360 Experience" here.

In 2015, we had our first winners from Europe. Boyhood friends in Portugal, Pedro Eloi, from AKQA, London, and Nuno Gomes, then at Ogilvy & Mather, Lisbon, designed "Weapons of Mass Creation."

In 2014, Kumkum Fernando, an Australian-educated Sri Lankan who was an associate creative director at Lowe Vietnam and now has his own agency in Vietnam, created an installation to show that "Everything Is Connected" in the contemporary world.