The Cannes Lions International Festival of Creativity Grand Prix winner for mobile at Cannes this year was not a campaign about a mobile device, or a campaign executed on mobile devices. It was one the jury called an "enabler"-- a winner that itself facilitated multiple campaigns that were also hoping to take home the Grand Prix.

Google took the top prize for the mobile category for Cardboard, its inexpensive virtual-reality reader made out of cardboard, and it won without the help of any of its numerous agency partners.

Joanna Monteiro, VP-creative director at FCB Brazil and mobile jury president, said that Cardboard won because it enabled a type of technology that was low-cost and widely available. Consumers can build the virtual-reality reader themselves, or purchase it for a few dollars compared to other VR devices with price tags reaching several hundred dollars. Cardboard gave "mobile new possibilities to really change behavior and have a huge impact on consumer life," she said. 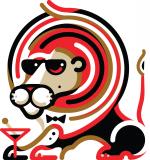 Marketers like Volvo--which so far has won the Grand Prix for direct and promotion and activation by Grey -- have incorporated Cardboard into work created by Interpublic's R/GA, among others.

The jury was looking to award an entry that is "expanding the possibility of mobile, and that comes from new technology," said Ms. Monteiro. She added that though Cardboard was the clear winner, Lisnr, a Cincinnati-based audio-beacon technology startup that allows marketers to track user loations based off content they are consuming, was among the best entries. It won a Gold Lion for work from R/GA.

Andy Hood, head of emerging technologies at AKQA and jury member, said that Cardboard wasn't necessarily a unanimous vote and led to deliberations. Both Cardboard and Lisnr were "enablers," allowing brands to create campaigns based off them. Cardboard eked out a win because of "the massive impact," and the jury saw multiple entries that "wouldn't have existed without Cardbaord."

R/GA took home several awards in the in the mobile category, taking home gold and silver Lions from Equinox and Hammerhead Navigation.