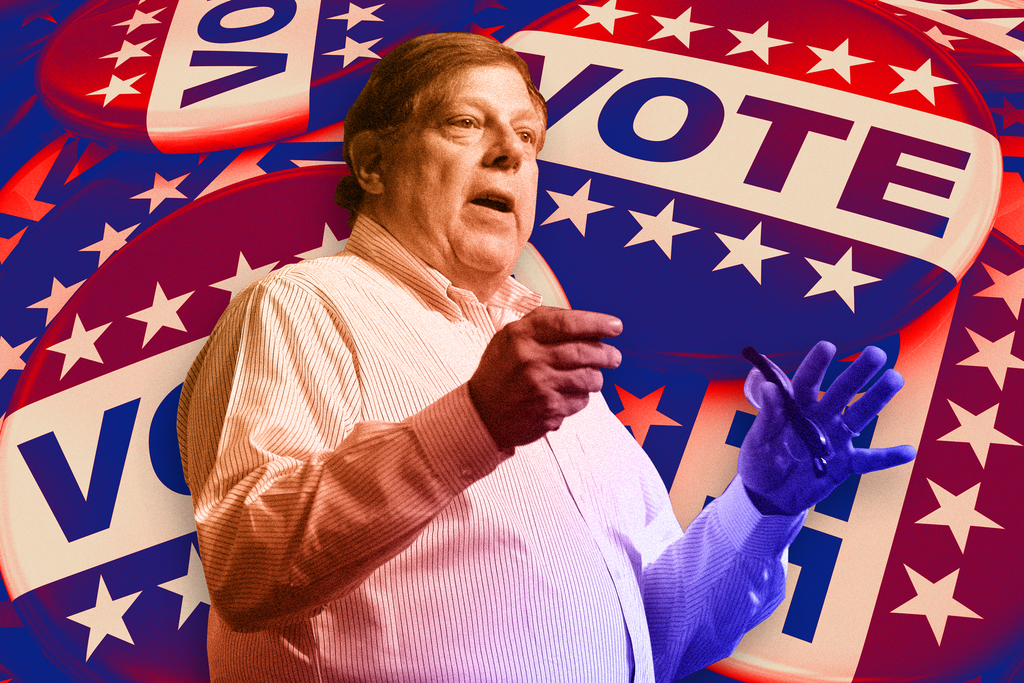 An IAB panel conducted in Cannes today provided an unusual glimpse into how direct-to-consumer marketing of things like contacts and toothbrushes increasingly overlaps with direct-to-consumer marketing of candidates. Among the takeaways: One panelist busted assumptions about how to get millennials to register to vote while Mark Penn, managing partner of Stagwell Group, CEO of MDC Partners and onetime manager of Hillary Clinton’s 2008 presidential campaign, said that voter registration won't matter much this time around.

Under Chief Media Strategies and Partnership Officer Kathy Kayse, the Ad Council has tapped HubbleContacts co-founder Jesse Horwitz  to help with the group’s voter registration efforts after years of more conventional approaches. As Horwitz describes things, it’s not so different from the other stuff he’s tried selling online, which also includes baby strollers and adult diapers.

“A lot of direct-to-consumer is about holding major ad platforms accountable,” Horwitz says. Facebook, he says, “has a lot of really valuable traffic and a lot of garbage traffic. The whole thing you do by having a Shopify store hooked up to Facebook is that you’re saying 'I’m going to grade your traffic and whether it’s actually driving activity. And I’m going to take this as a proxy for whether people are paying attention to your ads, or playing Candy Crush, or spambots, or any of the other total dreck.' You can take that same mindset and move it into voter registration."

Horwitz’s initial research with political marketers found they mostly think of digital as programmatic display buying, and hence are burdened with a lot of research showing digital doesn’t work. His advice to them is similar to advice he’s given to Colgate-Palmolive Co. as part of a partnership. “Programmatic display is generally garbage,” Horwitz says, “and so it doesn’t surprise me it wouldn’t work in political marketing either.”

His Ad Council pilot so far, using pixels to track whether people exposed to ads begin the registration process, shows cost-per-registration for low-intention voters is $10, vs. benchmark research showing it costs $50 to register a voter via door-to-door activity.

Horwitz says he also believes the Trump organization is way ahead of Democrat challengers on Facebook. “They come from a Breitbart background and know how to do [direct response],” he says. Trump, 18 months out from the next election, is spending more on Facebook than all his Democratic challengers combined, Horwitz says. “He understands you have to build these campaigns up slowly and naturally.”

Penn, on the other hand, thinks Trump may have to change tactics to win in 2020 and that voter registration doesn’t make much difference.

“There are 135 million registered voters--about 230 million eligible to vote” in the U.S., Penn says. “To my mind there are about 91 million couch-potato voters, people who are eligible to vote and don’t. Registration is a piece of it. But most of it is actually downscale lower-educated white voters–60 million of them [who just don’t vote.]”

The bigger news for politics “is that small-donor fundraising is now an integral part of politics,” Penn says. Years ago, when he was asked to survey the Democratic direct-to-consumer donor database, the median age was 70. Now, it’s a far younger group reached largely in social media, he says. “The era of the big donor is over, and the era of the small donor is on the rise.”

“The best challenger candidate right now is probably Mayor Pete [Buttigieg],” Penn says. His small donor fundraising has been a key part of that, he says, and possibly a factor in Beto O’Rourke’s decline, Penn says. “Beto came on strong, but his donor base collapsed.”