Amid Cannes parties, a CMO Growth Council will meet in France 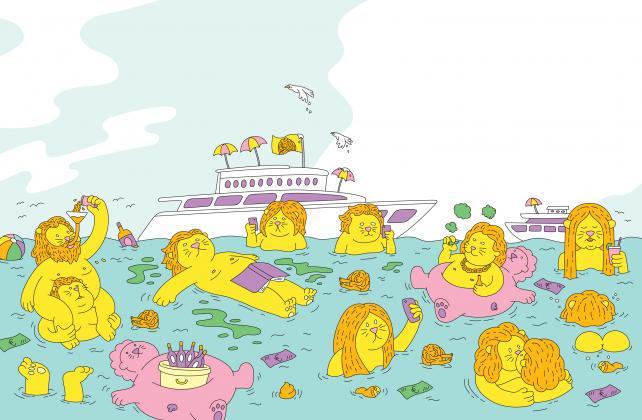 Over the years, Cannes became something like a lot of packaged-goods brands, as Procter & Gamble Chief Brand Officer Marc Pritchard sees it. "Over-SKUed" is the term in packaged-goods parlance, meaning too many stock-keeping units clogging shelves and muddying notions of what brands stand for.

Pritchard was part of a team that advised Cannes Lions after Publicis Groupe announced a hiatus from awards shows and other agencies vowed to curtail attendance and award entries.

So like an overextended packaged-goods brand searching for its old purpose, Cannes has cut days and trimmed its awards.

Pritchard says he's pleased, crediting the team led by Philip Thomas, CEO of Cannes Lions organizer Ascential Events and chairman of the festival, with answering the "wake-up call" by focusing on creativity. P&G's main goal at Cannes is "creative inspiration," Pritchard says, and the changes will let people spend more time and energy on that.

But Cannes is also squeezing in something new, a CMO Growth Council meeting of 20 chief marketing officers on June 21. Formed in cooperation with the Association of National Advertisers, the council formally turns the festival into what it informally became years ago: a global convention of marketers surrounded by people trying to sell them stuff.

It could be one more distraction from that "creative inspiration" objective, but Pritchard doesn't see it that way. He calls the growth council "a new opportunity for marketing leaders from around the world to debate, collaborate and discuss creative solutions." Unilever Chief Marketing and Communications Officer Keith Weed, who also helped advise Cannes, says the council will be worth it if it helps executives collaborate in a world "where trust is in crisis and growth is hard won."

But ultimately, says GSK Consumer Healthcare Chief Digital Officer Marc Speichert, "Cannes Lions is still a jury-driven awards show, and to that end, hasn't really changed at its core." He's looking forward to seeing strong work showcased. And one of the biggest differences has nothing to do with Cannes strategy. Ad-tech players "used to take over the harbor," Speichert says. "This year will look very different on that front, with so many ad-tech companies going out of business or getting integrated."­