McCann has a good day at Cannes. And Amazon rethinks a brand name: Tuesday Wake-Up Call

Plus, some giggle-worthy new ads from Bud Light
READ THIS NEXT
Salesforce’s Stan Sugarman on driving business values, breaking down silos and hiring for attitude 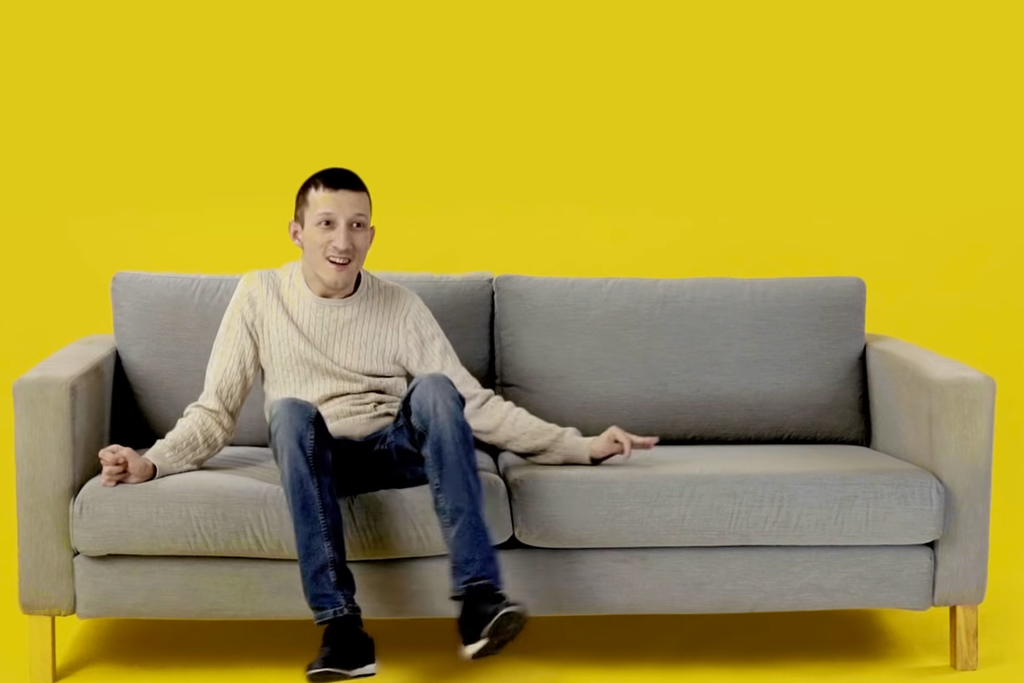 One of McCann's winners yesterday was Ikea's 'ThisAbles' campaign.

What people are talking about today
Of the five Grand Prix winners at the Cannes Lions festival yesterday, two—Ikea and Google—won for campaigns that help make the world more accessible for people with disabilities. Ikea’s “ThisAbles” campaign, out of McCann Tel Aviv and produced by Craft London, offered add-ons to adapt Ikea furniture, like closet door knobs that are easier to grasp, as Ad Age’s George P. Slefo writes. A McCann copywriter with cerebral palsy helped conceive this campaign, which won in the Health and Wellness category. And, as the jury president said, “It shows how important diversity is for our industry.”

Keeping tabs: Interpublic Group of Cos. agency McCann took two Grand Prix on Day 1 of advertising’s most high-profile festival. Its other winner was an unusual app by McCann Shanghai for GlaxoSmithKline that enabled people to check their lung volume by blowing into their smartphone microphone.

Also, a few handy Cannes links: Here’s where you can keep track of the big prizes as they get handed out at the Cannes Lions International Festival of Creativity this week. Don’t miss our Cannes Nightcap newsletter, with a recap of the day’s news. You can sign up to get it in your inbox. Check out the latest edition here.

Yes, still more news from Cannes
Every day brings new headlines about how digital platforms like Facebook and YouTube are under fire for spreading misinformation, extremism, hate speech and content sought after by pedophiles. Now a group of global advertisers (including Unilever and Procter & Gamble), media companies (such as Google, Facebook and NBC/Universal) and advertising holding companies are getting together to form the Global Alliance for Responsible Media, as Ad Age’s Jack Neff reports. The group, announced at Cannes Lions, will tackle some of the brand safety issues that have been in the news over the past several years, with advertisers balking at seeing their ads appear next to objectionable content. “Of course, some of the alliance’s media members have been called out plenty of late for being less than responsible,” as Neff writes. Let’s see how this goes.

Delayed reaction
​​​​​​​It didn’t make much sense when Amazon called its new ad-supported video service IMDb Freedive. Six months later, it’s changing the name to IMDb TV, as Ad Age’s Garett Sloane writes. Which is … maybe a little better? It’s more descriptive, at least. As Sloane says, Amazon’s IMDb TV is “competing with Hulu, YouTube, Roku, Facebook and others for the growing ad-supported video-on-demand market,” and it’s also tripling the number of titles in its library.

‘Girls with private jets and fancy pets’
Gloria Vanderbilt, fashion designer and brand-builder, has died at age 95. The daughter of a railroad tycoon, she turned her famous name into a fashion empire and she herself was the face of some of its ads. As Ad Age’s Ethan Jakob Craft writes, she partnered with Indian entrepreneur Mohan Murjani to create and market what they called the “first designer jeans in the world.” Craft writes:

“Her designer jeans were often marketed as a high-end luxury item appreciated by the super-rich, with one ad proclaiming: ‘They’re the jeans with the social status. Girls with private jets and fancy pets think they’re tops!’”

Her retro ads are a time capsule from four decades ago, and they’re very much worth watching—and listening to, thanks to Vanderbilt’s breathless-but-posh sales pitches. The jeans look fantastic, too.

Just briefly:
'Select': Snapchat has a new video advertising program called Snap Select that it’s hawking in Cannes. And “a recent pitch deck for Snap Select shows that the ads cost less than half of what Facebook is charging for its comparable video ad product,” Ad Age’s Garett Sloane writes.

Addressable: At Cannes, Comcast is pushing the TV industry to expand addressable advertising, Ad Age’s Jeanine Poggi writes. (Poggi has a good, simple explanation for what addressable ads are: “You may receive an ad for laundry detergent, [while] your neighbor watching the same show at the same time instead sees an ad for cat food.)

‘Salad bar zen’:  Whatever Chuck E. Cheese is, it is definitely not chill. But the brand is promoting its salad bar with a meditation video that is clearly aimed at stressed-out parents of small children. “Breathe in and slowly breathe out. And focus on this moment of salad-bar zen. Let your brain push away thoughts of this weekend’s all-day baseball tournament four hours from your house. So much driving.” Read more by Ad Age’s Jessica Wohl.

Number of the day: According to the 2019 Edelman Trust Barometer Special Report, 41 percent of consumers say they don’t trust brands’ marketing communications to be accurate and truthful. Read more by Ethan Jakob Craft in Ad Age.