Why McDonald's Is Cannes Marketer of the Year

A Look at Some of the Fast Feeder's Best Work, and Why It's So Creative

Like finding that last fry at the bottom of the bag, McDonald's has delighted with surprising bits of advertising creativity over the years.

The Golden Arches has won 77 Lions across categories from around the world since winning its first Cannes Lion, a Gold in the TV category in 1979. And it has been named Creative Marketer of the Year at this year's festival because, as Lions Festival CEO Philip Thomas said, it "consistently places creativity at the heart of its advertising and communications" -- a success story that should inspire other brands. 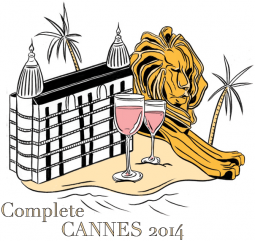 So how does McDonald's do it? One market at a time.

"We are a highly decentralized organization," said Matt Biespiel, senior director-global brand strategy. "The vast majority of the creative work is developed by the markets." Mr. Biespiel, along with Marlena Peleo-Lazar, VP-chief creative officer, sits in a "global center" that finds a strategic direction for those markets or coordinates them when a global campaign is needed, as in the case of the World Cup. The brand also holds regular "creative-review board" meetings where all markets and agencies discuss the work they have developed, taking part in peer-to-peer evaluations on what they can do to make the work strong.

McDonald's won that first Gold Lion for "Mary Ryan," a decidedly '70s musical spot about an everyday girl who manages to make a connection with a cute boy at a McDonald's. For the next 35 years, the company has continued to make waves in design and communications -- from the instantly recognizable Golden Arches to the more recent "Our Food, Your Questions."

Here are some of our favorites. 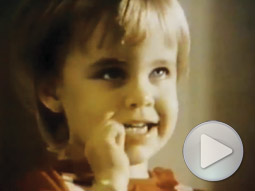 "Little Sister"
This is the '80s-era saccharine-sweet story of siblings with a relationship perfectly captured in the sharing of a large box of french fries. 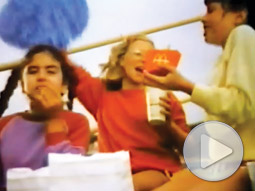 "You Deserve A Break Today"
This 1982 spot recalls a simpler time, when active kids eat Mickey D's because it "won't slow you down." 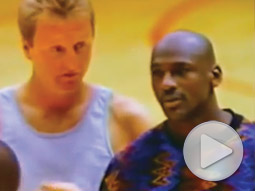 "The Showdown"
In this 1993 Super Bowl ad, Larry Bird and Michael Jordan have an epic shooting contest over a Big Mac. 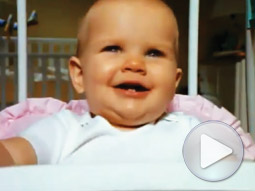 "Baby"
The McDonald's Golden Arches induce so much happiness even babies can't help themselves, in this classic Leo Burnett spot from 1996. 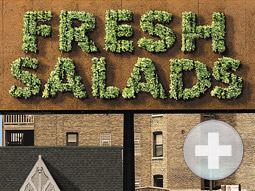 Fresh Salads
This is the '80s-era saccharine-sweet story of siblings with a relationship perfectly captured in the sharing of a large box of french fries. 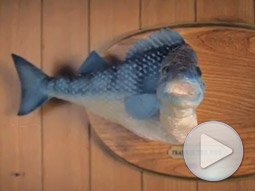 "Singing Fish"
Fish have feelings, too. In this 2009 spot, a wall-mounted fish got mouthy after watching a man eat his lunch. 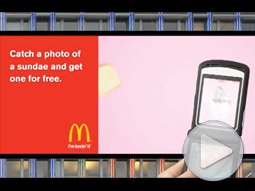 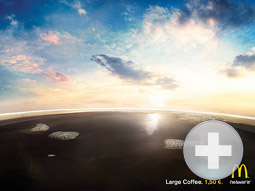 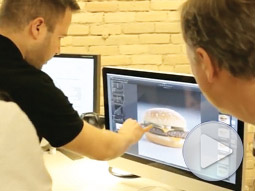 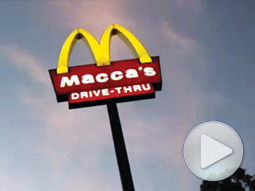 "Macca's"
In Australia, McDonald's is called Macca's. Last year, on Australia Day, McDonald's changed the name of 13 of its restaurants there to Macca's.