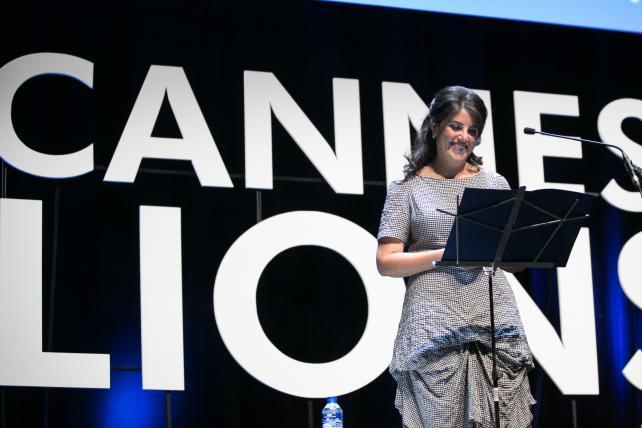 Monica Lewinsky gives a speech at the Ogilvy & Mather Seminar during the Cannes Lions International Festival of Creativity on June 25, 2015 in Cannes, France.
Credit: Photo by Marc Piasecki/Getty Images

"If you were a brand, what brand would you be?"

That was a question Monica Lewinsky said she was asked a few years back during a job interview. "When you're Monica Lewinsky, that's a loaded fucking question," she said during the opening lines of her talk at the Cannes International Festival of Creativity on Thursday, noting that she was a brand in major crisis back in the late '90s -- one from which she almost didn't bounce back.

Ms. Lewinsky said that her affair in 1998 with then-president Bill Clinton sealed her fate as "patient zero," the first person to be publicly shamed and ostracized online on a massive, global scale. This scandal, she said, was "brought to you by the digital revolution."

Much of her talk was dedicated to calling for the end of cyberbullying and publicly shaming people, but she also talked about how scandals and public shame have launched an industry, and how the ad world plays a role.

"Violation of others is raw material, efficiently and ruthlessly mined, packaged and sold at a profit. Whether tallied in dollars, clicks, likes, or just the perverse thrill of exposure, a marketplace has emerged where shame is a commodity, and public humiliation an industry," she said.

"We can change our behavior….we can together make a society where the sometimes distancing effect of technology doesn't remove our fundamental humanity."

She ended her speech with a plea to the advertising world: "You are the creative engines that will drive forward our culture. Will you help me?...If you were a brand, what brand would you be?"